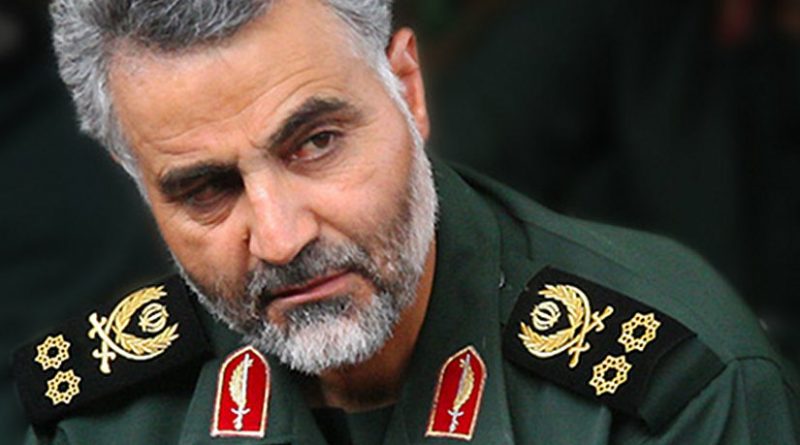 A plot hatched by the Israeli and Arab intelligence services to assassinate Commander of the Islamic Revolution Guards Corps Quds Force Major General Qassem Soleimani inside Iran has been foiled, director of the Intelligence Organization of the IRGC announced.

Chief of the IRGC Intelligence Organization Hojjatoleslam Hossein Ta’eb said in a gathering of IRGC commanders that the “Hebrew-Arabic security services” had been masterminding a plot for several years to assassinate Major General Soleimani during the Shiite mourning ceremonies and trigger a religious war inside Iran.

Ta’eb said the enemies had plans to carry out the assassination during Fatimiyya –the days when Shiite Muslims mourn the martyrdom of Fatimah al-Zahra, daughter of Prophet Muhammad (PBUH)– and the Muharram season, when people hold mourning ceremonies in commemoration of Imam Hussein (PBUH), in Iran’s southeastern regions.

Frustrated by their failure to upset security in Iran or to harm the IRGC military bases, the enemies had hatched an extensive plot to hit Major General Soleimani in his home province of Kerman, Ta’eb added.

According to the IRGC Intelligence Organization chief, a team of terrorists hired by the foreign security services was planned to enter into Iran during Fatimiyya, to buy a house near a Hussainia (a congregation hall for Shiite commemoration ceremonies) belonging to Major General Soleimani’s father, to carry 350 to 500 kilograms of explosives to the location, to dig a tunnel under the Hussainia, and to blow up the place as soon as Major General Soleimani went to the mourning ceremony like every year.

He said the enemies had plans to trigger a religious war and attribute the assassination to an “act of domestic revenge.”

The IRGC Intelligence Organization captured the 3-strong team of terrorists and foiled the plot that had taken years to design, Ta’eb added, saying the IRGC has been keeping a close watch on the terrorist team even when it was dispatched to the neighboring countries for a costly training course in preparation for the attack.

He said the enemies were so confident about their plot that a Zionist minister had announced that the Israeli regime was definitely going to assassinate Major General Soleimani.