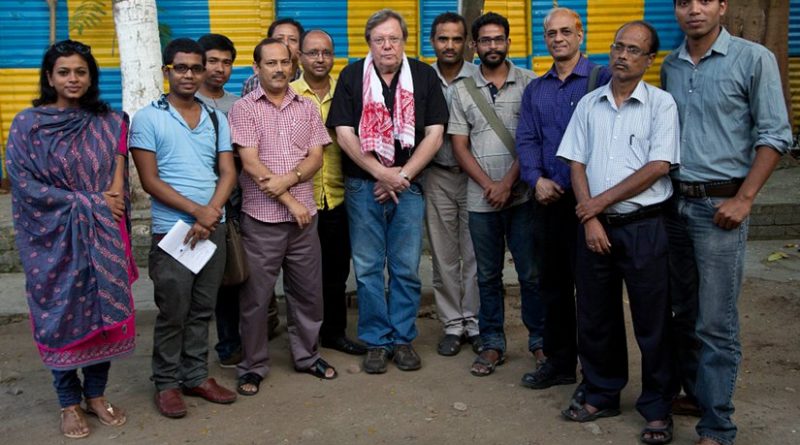 While there is media hype in western countries for a radical change in Myanmar (formerly Burma) after the November 8, 2015 general elections under the leadership of Daw Aung San Suu Kyi, the ground reality remains hazy for the Nobel laureate led National League for Democracy (NLD). The political forecast reveals that the ruling Union Solidarity and Development Party (USDP) will regain power, meaning there would be no change of approach from the Myanmarese government towards the hiding Northeast (NE) Indian militants inside northern Myanmar.

Bertil Lintner, an eminent journalist and expert on Myanmar affairs, comes clean that the next NayPieTaw government will not be led by pro-democracy icon Suu Kyi, rather, the present President Then Sein is likely to get reappointed as the head of the State after the national polls.

Attending an interactive session with the media persons at Guwahati Press Club recently, the Swedish journalist now based in Chiang Mai, Thailand also asserted that the military backed USDP would take power even if Suu Kyi led NLD sweeps the polls, because 25% of the Parliamentary seats in the southeast Asian country are already reserved for military personnel.

Currently a writer with Asia Pacific Media Services, Lintner also added that Suu Kyi has been prevented in attaining the Presidency as she married to a foreign national and her two sons live outside Burma.

Disgracefully, any amendment to the present Myanmar constitution, which was molded by the military in 2008, needs to be supported by more than 75 percent of Parliamentarians, which is unlikely unless there emerges a miraculous crack in the military clout in support of Suu Kyi.

One more aspect, which should not be ignored here, is that in 1990 Suu Kyi was the most popular personality in Burma, as she stood firmly against the military and was also loved, respected and trusted by all community and ethnic groups of the country. But the scenario has changed today, as Suu Kyi has become a part of the semi-civilian regime at NayPieTaw, Myanmar’s new capital.

A major allegation framed against Suu Kyi by the international community has been that the iconic lady remained silent when thousands of Rohingya Muslim families of Arakan province in west Myanmar continued to suffer because of the majority Buddhist nationals’ religious persecution. Even her party, the NLD, just like the Buddhist dominated USDP, has not provided due space for Muslim leaders and workers ahead of the polls.

“As there will be no change of guards at NayPieTaw, there will be little or no implication over the activities of northeastern Indian militants, who are running camps in jungles of Myanmar. The Myanmarese Army would never disturb the foreign armed militants in their soil, as they have less resources and no pressure at all from the government,” said Lintner.

The soft-spoken European gentleman, whose wife Hseng Noung hails from Shan State of Myanmar also clarified that the Burmese military commander-in-chief is in no way accountable to the President, and hence, the new regime, even under a strong political personality, can hardly change the military approach to the northeastern militants.

He also mentioned that China’s inherent support to the northeastern militant group may continue for some more years. The Chinese
involvement in anti-Indian insurgencies in northeast India is tied up with the struggle over Tibet and territorial sovereignty. The presence of the exiled Tibetan spiritual leader Dalai Lama in India makes, in fact, Chinese control of Tibet seemingly incomplete, asserted Lintner.

However, Lintner stated that it would be difficult for the northeastern militant outfits, including Paresh Barua led United Liberation Front of Assam (Independent), to achieve much from their hideouts in Myanmar-China border areas. That may also change if China believes it could be useful for Beijing’s design in northeast India. However, with India-China relations growing sour as the rivalry between Asia’s two giants intensifies, Barua and other militant leaders can, at least for the time being, feel pretty safe in their present sanctuary.

The author of several books on Myanmar including ‘Burma in Revolt: Opium and Insurgency Since 1948’, ‘Land of Jade: A Journey from India through Northern Burma to China’, ‘The Kachin: Lords of Burma’s Northern Frontier’, ‘Outrage: Burma’s Struggle for Democracy’ etc, Lintner revealed that National Socialist Council of Nagaland leader SS Khaplang was not feeling well for some time and hence a new leader (read Barua) should emerge to guide the newly floated United National Liberation Front of Western South East Asia.