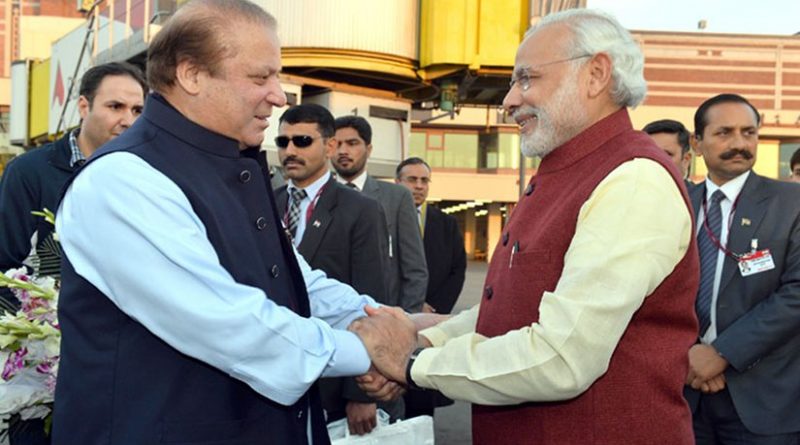 In International Politics (IP), the Game Theory is a model of a zero sum game which describes a conflict scenario in which a protagonist’s total loss is his enemy’s total gain. The sum total of the loss and gain is zero. In IP as Zawodny opines some international conflicts today can be resolved only by situations in which the warring factions don’t lose and in which both may sometimes win.

So is the Game Theory shifting the fulcrum of conflict between Pakistan and India towards settlement via international and regional agencies? The security dilemma or better still the Prisoners’ Dilemma plays a crucial role here. A nation like Pakistan faces dilemma without knowing about India’s intentions and vice versa. Both the nations want to resolve matters but with the K question being a permanent bone of contention it is very unlikely that something constructive will come up in the near future.

After the Uri attacks by Pakistan backed terrorists and retaliatory surgical strikes by India on Pakistani terror camps, tensions escalated between India and Pakistan; so much so that a well known Indian producer was stopped from releasing his movie for casting an actor from Pakistan. Nationalistic fervour (read tempers) stands at an all time high, with irresponsible media on both sides gleefully cashing in on the state of affairs as they are. In this game of proxy wars and actual wars is it possible to settle matters amicably? Earlier this year, following the killing of Hizb-ul-Mujahideen operative Burhan Wani in the Kashmir valley the media was barred from covering the massive protests in the valley against the Indian Army. Though this was done ostensibly to avoid further escalation of violence, yet amidst all the brouhaha, tensions continued to escalate. The war of words on primetime television kept getting louder and none of the parties was willing to confess. The prisoners’ dilemma was evident.

The cancellation of the South Asian Association for Regional Cooperation (SAARC) Summit and the boycott of Pakistan by the members of SAARC was a gigantic move, a statement in itself of the growing clamour for intolerance of any act of terror anywhere in the world. Pakistan stood exposed and the generals had nothing much to offer to the erudite discourses on national television about the cancellation of the SAARC summit. Some journalists from Pakistan termed it as a propaganda war set in motion by India, which was nothing less than a national joke. Prime Minister Sharif and the Army Chief, General Sharif both have no political or diplomatic face left to show especially after they have been exposed.

Unidentified people have set fire to dozens of schools in Kashmir. The violence has not stopped. “This is very unfortunate and the responsibility is on the separatists, including Mr Geelani and other people are encouraging such elements to burn the schools. Ultimately, the future of the children of Kashmir is in the dark,” said Deputy Chief Minister of Jammu and Kashmir Nirmal Singh. The K question is a serious bone of contention between India and Pakistan and the Valley is still burning. In the end the sum total of the game between India and Pakistan will be zero with maximum casualties at both ends. Chief Minister Mehbooba Mufti seems to have maintained a tough stand on acts of violence but nowhere in the near future does the issue appear to be heading towards a resolution. Boycott and isolation of Pakistan is the need of the hour but in a liberal world order isolation may not be possible. Former Chief Minister and National Conference chief Omar Abdullah opined that the attacks on schools was an “abhorrent ploy to destroy the future of the children” and blamed both the state government and separatists, calling the attackers “enemies of our children and the enemies of enlightenment.”

From purely a strategic point of view India needs to draw the attention of international community towards state sponsored terrorism in Pakistan. Theoretical understanding of the new world order through the lenses of functionalism and neo-functionalism needs to be redefined. The Indian Army has taken charge of the situation but several actions by the forces have received severe criticism by the mainstream media. The valley is burning and so is India. Dialogue may not be the way out. All this violence calls for serious mediation by the international community. With the US increasing its economic and military ties with India as a counterweight to China in South Asia, this may well be sooner than later.

One thought on “Pakistan, India And The Game Of Thrones – OpEd”

Leave a Reply to An informed citizen Cancel reply