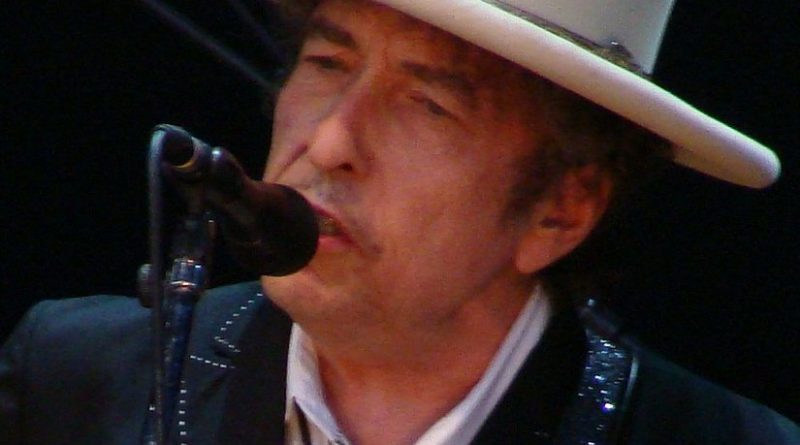 “Trouble No More—The Bootleg Series Vol. 13, 1979-1981,” is now available. It contains eight CDs and a DVD of Dylan’s recordings during the years when he was a Christian; never before released songs are also included.

Dylan was raised Jewish, converted to Christianity, and eventually separated himself from all organized religions, though he remains a “true believer.” His religious migration mattered not a whit to practicing Jews or Christians, but it did matter to left-wing secular Jews and left-wing ex-Christians—they hated him for his embrace of Christianity.

It is worth recalling how these “open-minded” liberals greeted Dylan’s Christianity. The tolerant ones, such as music critic Greil Marcus, called him “intolerant” for singing about Jesus.

Music reviewer Geoffrey Himes of the Washington Post was deeply offended in 1979 when Dylan sang, “It may be the devil/Or it may be the Lord/But you’re gonna have to serve somebody.” He said this was an example of Dylan’s “pushy righteousness,” accusing him of offering “reactionary lyrics.”

Two years later Himes almost had a nervous breakdown. He charged Dylan with “righteously divid[ing] the whole world between the evil of nonbelievers and the wonders of the Lord.” Yes, he actually said that.

Why were these liberals so angry? In 1980, Canadian reporter Paul McGrath summarized Dylan’s music at that time by saying the singer focused on such Christian themes as “abandonment and redemption, confusion and clarity, sin and salvation.” Sin. That’s scary stuff.

How did his old fans react when confronted with Christian lyrics? Like good liberals, they shunned him. In November 1979 the Associated Press put it this way: “When Bob Dylan made his debut as a born-again Christian, angry San Francisco fans stalked out of the concert.” Yes, they no doubt felt more at home at a swinger’s bar or in a gay bathhouse.

A month later Newsweek wrote that “500 of the faithful marched out during the intermission in San Diego” because of his Christian lyrics. They would have stayed and cheered had he used a string of “F-words.”

Richard Harrington of the Washington Post explained in 1981 why liberal fans of Dylan were so despondent. He said that music critics “tend to professional agnosticism” and therefore “quickly forsook him.” In other words, narcissists whose only god is themselves have nothing but hatred in their heart for believers. Nice people.

Steve Turner, writing in the Guardian in 2012, wrote about Dylan and his Christian years, saying, “Nothing guarantees more scorn in rock ‘n’ roll circles than a man who gets religion.” True. If he get AIDS, that is forgivable, but not if he gets religion.

Fast forward to this week. Randy Lewis of the Los Angeles Times was quite blunt commenting on the release of Dylan’s boxed set of Christian songs. “On the one hand,” he said, “it’s no great mystery that when Bob Dylan seemed to find new faith around 1979, a lot of fans and Dylanologists lost theirs—in him.”

That’s exactly right. The liberal gurus can stomach just about every perversity in the world—indeed many of them revel in it—just don’t push the God button.

I have a suggestion. Since the ISIS murderer is not likely to be fried in New York City, it would be great if they treated him to Dylan’s new releases, blasting them 24/7 in his cell. That, of course, would trigger a lawsuit claiming it constituted “cruel and unusual punishment.” But wouldn’t it be fun to watch?

One thought on “New Release Of Dylan’s Christian Music – OpEd”