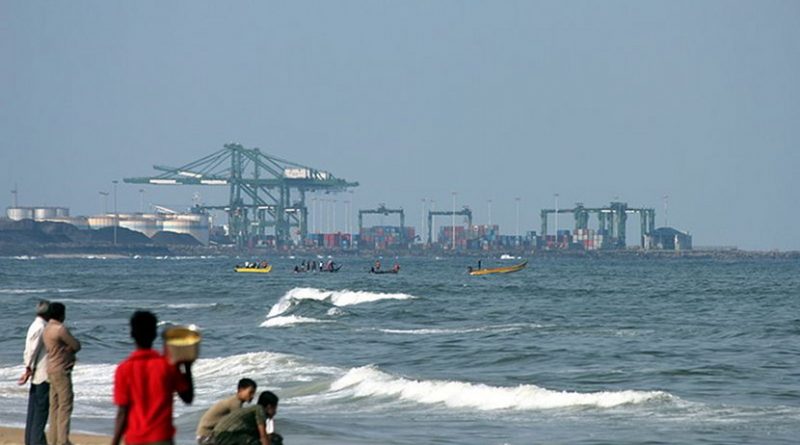 Last week, a consignment of motor vehicles was shipped from Chennai Port in India to Mongla port in Bangladesh onboard a roll-on roll-off (RoRo) general cargo vessel. Ashok Leyland Limited chose to use the sea route which takes five days instead of the land route that involves a distance of about 1500 km, thereby saving nearly 2-3 weeks of travel time. There are plans to use the same sea route for the next shipment of nearly 500 truck chassis to Bangladesh. This is a significant development from at least three perspectives.

First, the shipment is representative of the Coastal Shipping Agreement between India and Bangladesh signed in June 2015 during Prime Minister Narendra Modi’s visit to Bangladesh. It also reinforces the fact that Bangladesh is an important gateway through the Mongla-Ashuganj section to India’s landlocked Northeast.

Second, it gives boost to India’s Sagarmala project that encourages coastal shipping. In 2016, 800 Hyundai cars were shipped on RoRo vessels from Chennai (one of the three major automobile industrial clusters of India) to Pipavav for local distribution.

Third, it signifies India’s desire to enhance short sea shipping in the Bay of Bengal which is also embedded in India’s Act East Policy (AEP), thus deepening economic linkages through maritime connectivity with ASEAN countries. At the policy level, the Indian government has endorsed and promoted India-ASEAN connectivity initiatives, and the Indian Foreign Affairs minister has noted that “Future focus areas of cooperation between ASEAN member states and India can be described in term of 3Cs- Commerce, Connectivity and Culture.”

For robust and dynamic trade in any region, three important physical factors are at play: ships, ports, and cargo. The availability of ships in the international market is not a very big problem other than during crises; it is the number of ships that are available for coastal and domestic trade that presents numerous constraints. The ability of a port to handle various types of cargo (bulk, liquid, container) is another critical determinant of the dynamism of sub-regional trade. Further, the types of commodities also add to the versatility of maritime connectivity.

Bay of Bengal shipping primarily features liquid bulk (crude oil and petroleum products) and dry bulk (coal, iron ore, grains, bauxite, fertiliser). Container trade (merchandised goods) is quite low due to lack of infrastructure as also the manufacturing capacity of the trading countries. The RoRo and general cargo constitutes less than 5 per cent the total seaborne trade in the Bay region.

Among the many container terminuses in the Bay of Bengal, Chennai port can handle fifth generation (5000-8000 TEUs) container vessels and a number of shipping lines make direct calls. In early 2017, a direct container shipping service from Chennai to the US east coast was launched, which would result in voyage savings of 10 days.

However, the other three major container terminuses – Kolkata, Chittagong and Yangon – can handle limited container cargo due to a number of limitations. These are river ports and the ships must travel up the river, which adds to travel time, and are not highly profitable due to long turnaround time, which adds to costs. Vishakhapatnam, Mongla and Kattupalli can handle only small volumes of container traffic.

In the absence of any major container port, regional trade is intimately connected to Singapore, Port Kelang, Tanjung Pelepas and Colombo, which have been labelled as global standard transshipment hubs and handle ships carrying 6500 TEU to 12,000 TEU. In essence, every container entering or leaving the Bay of Bengal must be loaded/unloaded at least once before it reaches any destination outside the Bay. For instance, nearly 70 per cent of containers from Chennai are shipped onboard feeder ships to transshipment hubs, and Colombo is a popular destination for Chennai. Besides, there are geographic realties that the region must contend with, given that major shipping route from the Indian Ocean to the Pacific through the Straits of Malacca is nearly 1500 nautical miles.

What emerges is the fact that intra-regional trade in the Bay of Bengal is low, which presents major challenges for regional connectivity. At the heart of this weakness is the fact that the maritime infrastructure in the Bay of Bengal is weak. For instance, the ports of Chennai and Chittagong are larger than the port of Penang in Malaysia, but the volume of cargo handled by this port is much larger given the quality of services and also its geographic location.

If the ports in the Bay of Bengal are to remain competitive, India, Bangladesh and Myanmar would have to invest in new deep draft port projects, explore new commodities to be traded, and modernise the existing ports to enhance efficiency through modern handling services as also develop hinterland links such as inland waterways, road, and rail from container terminals. New deep-water ports at Haldia, Chittagong, Dawei, Kyaukpyu and Hambantota can potentially augment maritime connectivity in the region.

It is true that port projects are cost-intensive and have long gestation periods, and the Bay of Bengal will have to rely on other non-regional ports for international commerce. In the interim, it will be useful to explore if short sea shipping agreements and arrangements can be discussed among India, Bangladesh, Myanmar and Sri Lanka. Further, the Cabotage laws among the regional countries would have to be harmonised, notwithstanding the fact that Sri Lanka has very little coastal trade.