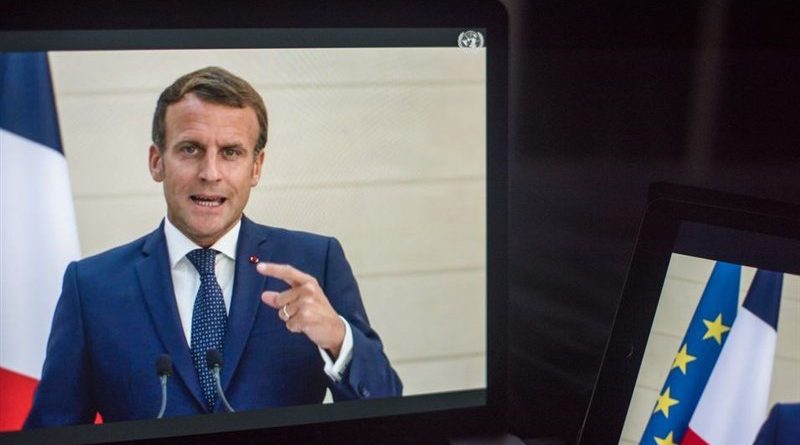 Religious extremism is not exclusive to Muslims, as demonstrated by the actions of Buddhist zealots in Myanmar, Jewish fundamentalists in Israel, and Christian white supremacists in the US.

There are other examples but the focus in the past two decades has been on the various Islamist movements that have embraced a revisionist and violent dogma that is shunned by the majority of Muslims around the world. Neither Al-Qaeda nor Daesh is a true representation of what more than a billion Muslims believe and practice every day.

When French President Emanuel Macron last month said that “Islam is a religion which is experiencing a crisis today, all over the world,” he was in fact generalizing and creating a stereotype that is false, insulting and misleading. He is no authority on Islam as a religion and should draw a line between the faith that is embraced by billions of people, and what is now called “political Islam,” in its various manifestations.

What Macron should focus on instead is the state of France’s 5 million Muslim citizens, most of whom were born in the country. What he should investigate are the causes of radicalization among the nation’s Muslim youths.

His remarks angered Muslims all over the world and triggered calls for a boycott of French products. Sadly, on Oct, 16, not long after Macron’s speech, a young Chechen murdered a French teacher who had shown blasphemous cartoons to his students. On Oct. 29, a Tunisian immigrant attacked worshippers in a Catholic church in Nice, killing three of them.

These are revolting murders that are condemned by all, especially French Muslims. Nothing can justify the killing of innocent people in the name of religion — any religion.

Following the two incidents, Macron should have shown the moral leadership that is needed in a polarized society. Even before the terrible murders, he should have initiated dialogue with Muslim organizations in France with the aim of addressing the challenges a majority of French Muslims face, especially the state’s failure to integrate many of them into society. The mainstream organizations have embraced the principles of the Republic, including the separation of church and state, but those on the fringes feel left out and so are easy prey for extremists.

France has a Muslim problem and has had it for some time. There have been 36 terrorist attacks in the country attributed to Muslims in the past eight years. This week Macron said he understood the feelings of Muslims about the offensive cartoons.

Finding a common ground on which the principles of the Republic and freedom of worship can coexist is something that must be arrived at without foreign interference. It must be done through dialogue and cooperation, rather than incitement.

This week more than 20 European Muslim organizations called on the French president to end his “divisive rhetoric” and show moral leadership.

In an open letter, they said that “maligning Islam and your own Muslim citizens, closing mainstream mosques, Muslim and humanitarian rights organizations, and using this as an opportunity to stir up further hatred, has given further encouragement to racists and violent extremists.”

The main issue for French Muslims is socioeconomic and has to do with schooling, social integration and economic opportunities. The state is right to curtail foreign intervention but it must also provide alternatives and give young French Muslims the opportunity to succeed. Even Macron, in his controversial speech, admitted that the country’s Muslim citizens have been let down by successive governments. He said that France has created its own “separatism” by dumping poorer people in suburban ghettos with poor-quality housing and few jobs.

Macron should be wary of unleashing waves of Islamophobia in France that would target millions of moderate and law-abiding Muslims. According to studies, only a minority of French Muslims embraces a radical, paranoid, anti-Western version of Islam.

For Macron and his ministers to talk about civil war, a fight to death and France under siege is not the right way to resolve the nation’s Islamist crisis. Dark clouds are looming as the far right prepares to attempt to take over in coming elections, banking on rising hatred and distrust within French society.

On the other hand, one should not fall for Turkish President Recep Tayyip Erdogan’s opportunistic rhetoric targeting Macron. His tussle with the French president transcends religion and is purely political. Erdogan’s incitement is both dangerous and reckless. His controversial approach to regional politics has undermined his credibility both at home and abroad. His use of religion to mobilize followers seeks to divide and serves no good purpose.

Last Friday the French Council of the Muslim Faith circulated a sermon to mosques that said this: “The law of the Republic permits these cartoons but obliges no one to like them. We can even detest them. But nothing, absolutely nothing, justifies murder.”

This is the kind of message French Muslims should embrace.

Home » Confronting France’s Muslim Problem Should Be Through Dialogue – OpEd