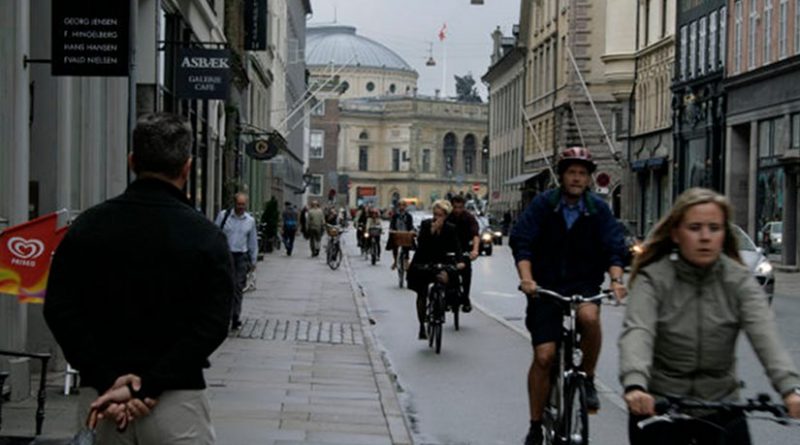 (EurActiv) — Danes voted against adopting a ‘flexible’ opt-in arrangement on EU justice legislation in a referendum on Thursday (3 December). Parties said the ‘No’ result was due to a Danish refusal to give up more sovereignty to the EU.

Denmark decided not to replace its opt-out on EU Justice and Home Affairs with an opt-in version for 22 legislative acts related to cross-border crime, an arrangement currently enjoyed by both the UK and Ireland.

The referendum also asked whether or not Danes wanted to remain part of the EU’s common police coorperation, Europol, which will be changed from Spring 2017.

53.1% of Danes voted against adopting the opt-in arrangement, with 46.9% supporting it. The voter turnout was 72%.

Danish Prime Minister Lars Løkke Rasmussen said the high voter turnout proved that the many analysts, who had emphasised that the referendum was too complicated to understand, were wrong. Instead, he said, the turnout showed that Danes are engaged in politics and want influence.

Though many pro-EU Danish parliamentiarians regretted the outcome of the referendum, they did not appear overly surprised or devastated. Losing referendums and European Parliament elections has become a recurrent pattern for pro-EU parties.

While a majority of national politicians support the EU, the country is highly divided. In this referendum, only three parliament parties out of nine – the far-right Danish People’s Party, the libertarian Liberal Alliance and the socialist Red-Green Alliance – campaigned for a ‘No’.

Danish Euroscepticism led the country to negotiate four opt-outs in 1993 on police and justice matters, security and defence, citizenship and the euro, and ever since, the pro-EU parties have discussed how to get rid of them.

Result not about Europol

Rasmussen, who represents the Liberals, said he was “annoyed” that the Danes voted ‘No’ in a referendum where he recommended a ‘Yes’.

“My impression is that the result was not so much related to what we voted on,” he said. “This is about fear of losing control. I don’t see that this is a ‘no’ to Danish police cooperating with other EU police forces. This is about a general euroscepticism,” the prime minister said.

Mette Frederiksen, the opposition leader from the Social Democrats, agreed with Rasmussen’s analysis.

“I have not met a single Dane during this election campaign who doesn’t want to remain part of Europol. But if decisions are made too far away from our daily lives, then the Danes don’t like it. But we must not close in on ourselves, and we must never give up the belief that we are stronger together in Europe,” she said.

The outcome of the referendum was already predicted in many polls published ahead of the referendum this week. Political commentators highlighted that a lack of trust in national politicians could result in a protest vote.

But Pernille Skipper, a prominent member of the socialist Red-Green Alliance, rejected this claim.

“I think that many people suddenly realised that this referendum was not about Europol. This was about giving up sovereignty, which we could never get back again. A lot of people thought that this was a particularly bad idea,” she said.

Anders Samuelsen, the leader of the Liberal Alliance, said in a victory speech that his party saw many good reasons for voting ‘Yes’, including staying in the Europol cooperation, but in the end, giving up more sovereignty was not worth it.

Members of the Danish People’s Party, which was the biggest force among the Eurosceptic campaigners, celebrated their victory. One party member noted: “There’s nothing new in this referendum. We have always been a Eurosceptic country.”

“It’s a gift that in our country, we have referendums where it’s the people who decide the speed of things,” said party leader Kristian Thulesen Dahl.

“Referendums are something we should always keep in Denmark. Whenever the pro-EU politicians forget to include the Danes in decisions, then the Danes will remind them who decide,” he added.

Thulesen Dahl emphasied that the referendum in 2000, where Danish voters rejected joining the euro, has left deep scars in the Scandinavian country.

It proved that even though economic experts and europhiles warned that the Danish economy would suffer greatly from being outside the eurozone, this fear was proven unfounded. Since then, the Danes have stopped listening to EU experts, Thulesen Dahl stressed.

Prime Minister Rasmussen said later during the evening that he has already set up a meeting with European Council President Donald Tusk and Commission President Jean-Claude Juncker next Friday (11 December) in Brussels, to discuss how Denmark can optain a parallel agreement on Europol.