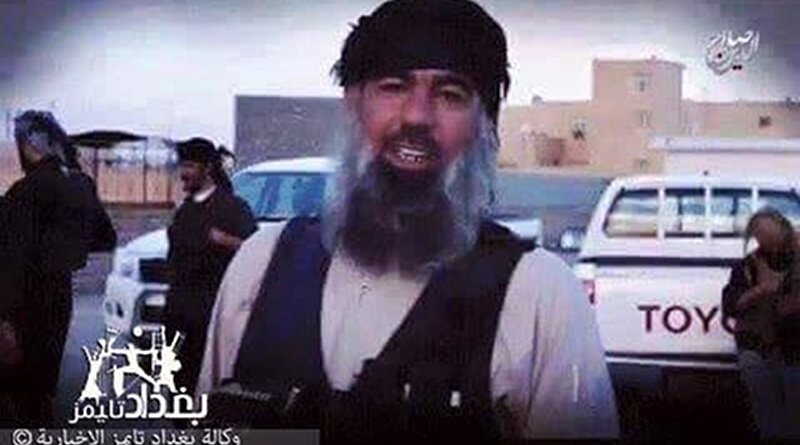 Police in Huwaijah, Kirkuk province, managed to track down the extremist who operated under the name “Abu Khaldoun”. (Facebook account @SecMedCell)

A senior Daesh militant close to the former leader Abu Bakr Al-Baghdadi has been captured in northern Iraq.

Police in Huwaijah, Kirkuk province, managed to track down the extremist who operated under the name “Abu Khaldoun”.

He was caught hiding inside an apartment with a fake identification card, according to government security officials.A statement from the Security Media Cell described Khaldoun as Al-Baghdadi’s deputy.

He was previously the military chief of Iraq’s Salahuddine province, the statement said.

Al-Baghdadi blew himself up in a tunnel after US special forces entered his heavily-fortified compound in Syria’s Idlib province in October.The US said it also killed Abu Hassan al-Muhajir, who they said was Al-Baghdadi’s deputy at the time.

Since Al-Baghdadi’s death several of the leaders operating under him have been killed or captured, along with some of his family members.Daesh controlled large parts northern Iraq after it rapidly expanded from its Syrian stronghold in 2014.