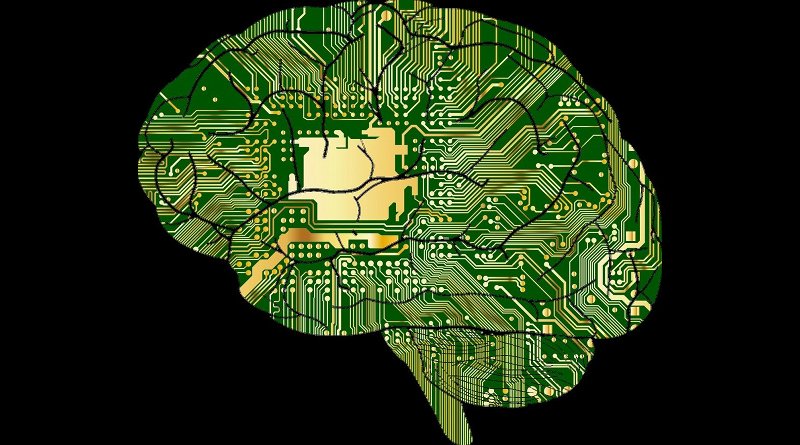 China recently surprised the world with its neuroscience-backed pedagogy for children, but the program has been a long time coming. Eight years ago, a professor shared some slides after I gave a lecture at Beijing Normal University, the country’s leading institution for teacher training and education research. One slide included a quote from the Chinese National Minister of Education: “China needs a neuroscience-based pedagogy.” Now some Chinese children attend class with probes attached to their heads, informing teachers about their brain activity in real time.

Neuroscience – studies of brain development, structure, function and abnormalities – can help improve educational practice. Already, neuroscience-informed understanding of the importance of environmental input in the post-natal development of brain structure and function has made clearer that children from impoverished and otherwise disrupted communities have environmentally-induced compromises in neurocognitive development and still unrealized potential for neural growth and improved academic performance. In addition, neuroscience research has identified a number of specific factors that compromise neurocognitive development, and this research has in turn led to the development of interventions to address related dysfunctions that impact educational outcomes. Third-party expert reports have summarized this research and provide guides to evidence-based neuroscience-informed interventions shown to improve academic outcomes.

Interestingly, the responses in China and the United States to such findings have been different, and problematic in different ways. Adoption of innovative, neuroscience-informed practices has been extremely limited in the United States. For example, the US Department of Education’s 2019 Education Innovation and Research program to develop innovative practices to improve academic achievement for students in disadvantaged communities, and reduce the achievement gap related to poverty in the United States, funded 41 projects for a total of more than $120 million dollars. Not one was neuroscience-based or informed. In China, in contrast, a Key National Neuroscience Laboratory has been established at Beijing Normal, fully equipped with the most advanced functional MRI brain imaging scanners and EEG, ERP and other systems that record brain electrical activity. Beijing Normal is widely considered among China’s top neuroscience and cognitive neuroscience universities, a leader in studies of human brain development and quantitative analytic approaches.

A recent Wall Street Journal video report describes what seems to be a potentially problematic, large-scale implementation of neurofeedback technology that moves far ahead of available scientific support and claims to measure whether Chinese elementary school children are paying attention. While full evaluation of this device and enterprise from a five-minute news video is impossible, based on what is known about the many such recording devices around the world, there are a number of likely problems, including unattended negative consequences. Here, the allure and government support for a neuroscience-based pedagogy seem to have led to premature adoption of inadequately tested practices.

The Wall Street Journal brings in a neuroscientist who identifies problems from a neuroscience and evidence perspective, but the report begins with the claim, “Teachers in this primary school in China know exactly when someone isn’t paying attention.” The claim is based on color-coded signals sent to the teacher’s computer from headbands worn by each child that record brain electrical activity from a single location on the forehead and two behind the ears. The idea is that the teacher can intervene in real time to refocus children who are distracted and also generate other pedagogic interventions for individual children based on cumulative quantification of time spent concentrating versus being “distracted” over the course of weeks.

There are several potential problems with this effort. The first is accuracy of collected data. Recording brain electrical activity from the scalp requires stable and effective contact between recording electrode and skin. These issues are of less importance in research projects where data are typically averaged over many different children and where a variety of controls may be introduced. But obtaining highly consistent recordings from an individual child over multiple days is another challenge and must be demonstrated empirically under the real-world conditions in which the device is being used.

The next problem is the extreme limitation in the amount of data being collected. Clinical and research recordings of brain electrical activity are typically done at 64 to 256 scalp locations. A recording from only one location allows identification of very general features of activity from a limited area of the brain, thus limiting the ability to differentiate similar “looking” states that are functionally different. The challenge is similar to not being able to differentiate the words meat, meet, meal, beat, beet and so on.

The third problem is definition and calculation of the brain electrical activity said to indicate the desired attention state. This problem has two parts. Scientists have not yet identified an ideal attention state for learning or whether such a state would be the same for learning different types of material, or for different types of children who may learn in different ways. Secondly, there is no established consensus among scientists on the pattern of electrical activity that corresponds to the putative desired attention state, or the degree to which that might differ among children. For example, different brains might produce the same attention state in somewhat different ways just as two baseball pitchers throw 90-mile-per-hour curveballs with different delivery motions but the same effect of causing the batter to swing and miss.

The fourth problem is unanticipated and unmeasured effects of the feedback on other aspects of brain function that are not captured by the recording electrode. In fact, recent research has tested the effects of subjects attempting to alter their brain electrical activity to achieve a desired pattern as guided by a single electrode device. Multi-electrode recording during such tests show that the subject’s efforts to alter electrical activity also affected other parts of the brain not monitored by a single electrode on the forehead. Questions emerge about whether these unmonitored changes in brain state are desirable or problematic.

Then there are a set of problems related to use of such information by teachers. In the Wall Street Journal video, a teacher points to a temporary deviation in a child’s record from a horizontal reference line and says, “During this period this student is a bit distracted.” Should evidence of “a bit distracted” generate an intervention by the teacher? When does intervention inhibit self-discipline? For how long must distractions be manifested? What is the impact of intervention by the teacher on the targeted child and others in the class? Should the device automatically generate alerts for teachers to intervene when certain “distraction” thresholds are met? If the goal is to have students pay more attention, how does neuromonitoring compare to other methods for enhancing attention, including for example, making the material more interesting or more interactive? And then, we do not know how much attention is optimal, or what is the value of one’s mind wandering a bit in thinking about what has just been read?

Reports of the amount of time students in a class were attentive versus distracted according to the device are also sent electronically to parents. In the video, some students report being punished for not paying attention. Parents might feel pressure to do so knowing that the other parents see reports that their child is not paying attention. Perhaps most important, when an intervention by a teacher or a parent is based upon information that poorly reflects the actual behavior desired of the child, the chance of the intervention increasing desired behavior is low and the chances of unintended and negative consequences are considerable.

Tantalizing efficiency of monitoring might hide far greater problems and create unintended consequences. On neuroscience-based pedagogy, there is need to employ carefully researched and evidence-based practices.

*Bruce E. Wexler, MD, is professor emeritus of and senior research scientist in psychiatry at Yale University. He is also founder and chief scientist of C8 Sciences, a brain-based content-independent pedagogy to directly improve thinking abilities in children aged 5 to 9, by combining computer brain exercises and physical exercise.