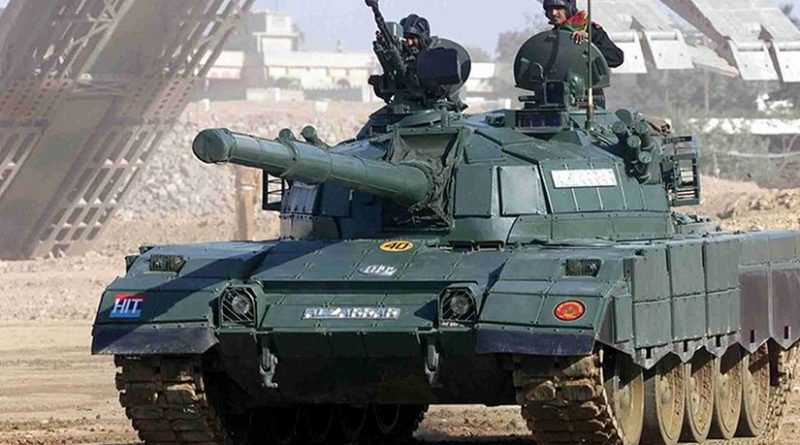 Last week, social media was abuzz with the news that Pakistan army Brig Raja Rizwan Ali Haider had been hanged. Handed down the death penalty by a military court for “espionage/leakage of sensitive information to foreign agencies prejudice to the national security,” Brig Haider is the highest-ranking army officer of Pakistan army to be awarded capital punishment.

Betraying one’s own country is universally considered to be a highly despicable and extremely serious offence and when the traitor is the one who is charged with the sacred duty of protecting the nation and its people from external threats, this crime becomes no less than blasphemous!

Along with Brig Haider, Lt Gen (retd) Javed Iqbal Awan and Dr Wasim Akram (who as per ISPR was working for a “sensitive organisation”) have been found guilty for being involved in espionage activities but DG ISPR Maj Gen Asif Ghafoor insists that these are not related.  So, even though one wouldn’t expect many tears to be shed as and when Brigadier Haider and Dr Akram are executed, yet these executions will definitely continue to haunt even those with an iota of conscience. This is because once stripped off hyper-nationalistic emotions that it evokes and is considered purely on merit, it becomes evident that there’s much more than what meets the eye.

Since espionage cases concern leakage of sensitive and classified information, investigation leading to the arrest of those leaking such details perforce have to be shrouded in secrecy so that the entire spy network can be rounded up.

Similarly, even after a suspect has been arrested, there’s a need to withhold this information for a brief period when the suspect is under initial interrogation so that the accomplices named by him can be ‘picked up’ before they fly the coop. So, the Pakistan army is well within its rights of not disclosing details regarding Brig Haider’s arrest immediately on occurrence as maintaining secrecy initially in this regard for aforesaid reasons is understandable.

But it certainly can’t be forgiven for continuing to keep this arrest a secret for five months. Isn’t it downright stupid to expect that the spy agency for whom Brig Haider was working would be so naïve as to remain unaware of the dramatic disappearance of its high-grade ‘source’? Wouldn’t Brig Haider’s handlers immediately go into a damage control mode and in order to avoid their arrest, take the basic precautionary step of ensuring that the other spy ring members go underground within hours of Brig Haider’s disappearance?

Brig Haider had been abducted by the counter-intelligence wing of ISI from a busy market place on October 10, but the world only came to know about his arrest in February. Perhaps his arrest would have continued to remain under wraps had his son not filed a habeas corpus petition in Islamabad High Court (IHC) and if Justice Aamer Farooq who heard this petition hadn’t sought a report from the authorities forcing the army to admit that Brig Haider was in its custody. The five month long unavoidable mental trauma suffered by family members of Brig Haider due to the inordinate delay in disclosing his whereabouts is something the Pakistan army hasn’t given any reasons for and this raises several questions on the army’s sincerity regarding this case.

Disparity in quantum of punishment

Next comes the question regarding the quantum of punishment awarded to Brig Haider. Armies all over the world have provisions for awarding capital punishment to those found guilty of espionage and Pakistan army is no exception. But death sentence is the maximum and not the mandatory punishment for espionage as is evident from the fact that of three persons tried for espionage, while Brig Haider and Dr Akram have been awarded the death penalty, Lt Gen Awan has got away with a prison term of just 14 years!

Though Maj Gen Ghafoor has specified that “These were three separate cases,” he has also admitted that all of them pertained to “espionage/leakage of sensitive information to foreign agencies prejudice to the national security.” DG ISPR also clarified that “Punishment awarded to the officers is of maximum degree in the law corresponding to their respective offence.”

As per media reports, Lt Gen Awan and Brig Haider were tried under Pakistan Army Act, 1952, while Dr Akram was tried under Official Secrets Act, 1923 and in both these Acts that carry the maximum punishment of death penalty.

Even if we take Maj Gen Ghafoor’s words as gospel truth that these cases aren’t corelated and there is no “network as such,” they are still similar in every way. Firstly, all three have been tried for the same offence (espionage). Secondly, as per DG ISPR, all the accused have been awarded punishment that “is of maximum degree in the law corresponding to their respective offence.” So, the million-dollar question that arises is – why has death penalty been awarded to a scientist and a Brigadier while a Lt Gen has managed to get away with only a 14-year prison term for the same crime?

It’s obvious that the punishment awarded to the trio isn’t the “maximum degree in the law corresponding to their respective offence,” as claimed by Maj Gen Ghafoor. So, could it be that when it ultimately boils down to deciding the quantum of punishment to be awarded by a military court, instead of the gravity of the offence, it’s actually the rank of the accused that matters?

*Nilesh Kunwar is an amateur Kashmir watcher and after retirement is pursuing his favorite hobby of writing for newspapers, journals and think tanks.

Home » Pakistan Army: Where Rank Is A Matter Of Life Or Death – OpEd