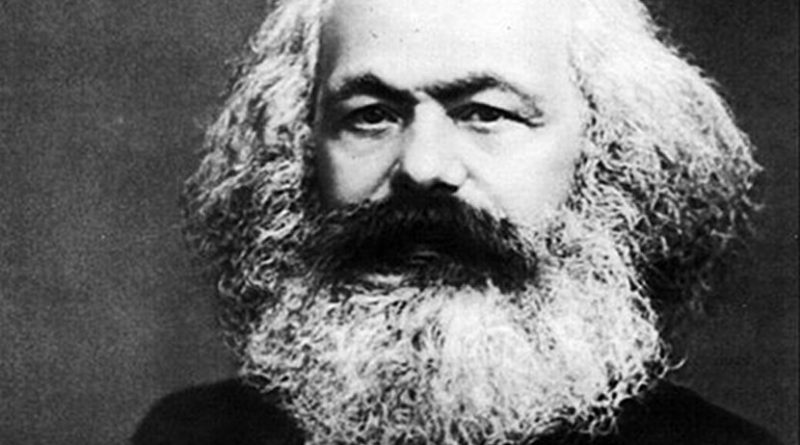 It goes back to the French revolution of 1789. At the Revolutionary Convention the most radical of the insurgents decided to seat themselves on the left side. “Why not on the other side, the right side, the place of rectitude, where law and the higher rights resided, when man’s best hand could be raised in righteous honour?” wrote Melvin Lasky in what was then Britain’s most influential intellectual monthly, Encounter. “Anyway they went left, and man’s political passions have never been the same since.”

When Oskar Lafontaine, the German finance minister, who was also Chairman of the Social Democratic Party, broke with Chancellor Gerhard Schroeder in the early days of the last Social Democratic government, he explained it was “because my heart beats on the left.” The right could never say that, even the liberal-inclined, ex-prime minister of the UK, David Cameron. When Humpty-Dumpty insisted on his own “master-meanings” he reassured Alice, “When I make a word do a lot of work like that, I always pay it extra.”

British Leftists sometimes stretch their minds to work out if Prospect, today’s most influential monthly, is left or right. I tell them that it is hard to tell most of the time which is how an intellectual magazine should be. They shouldn’t be asking the question.

Perhaps if they and the rest of us want to study the ambiguities and contradictions of intellectual leftists they should be informed that once upon a time – a hundred and seventy-five years ago – there was a writer, a philosopher, who spent most of his time in the British Museum and who moved his family from down-at-heel Soho to elegant Primrose Hill. He wanted his maturing daughters to have the chance of meeting a better class of men. His wife too was pleased because she could now invite ladies to tea. A suitor of one of his daughters was given the door as he seemed unstable with his revolutionary opinions. He wrote soon after that he thought the “historical” process had already started to undermine “bourgeois society”.

One of the most important disciples of the above lived in 1916 as an émigré in Zurich. According to acquaintances he lived an exemplary bourgeois life. Each morning he would clean his room in the fastidious Swiss way. In the evening, his writing finished, he refused to listen to classical music, which he enjoyed, because it might excite his emotions. He would complain about the noisy behaviour of fellow émigrés who lived down the hall, especially one who constantly smoked and spent much of his time going to the cinema, which our bourgeois character refused to do. In fact friends called them the cineastes and the non-cineastes, and some of the sly among them sometimes translated this as the Semites and anti-Semites.

Our three characters were all ardent leftists, the first Karl Marx, the second V.I.Lenin and the third Julius Martov (the Menshevik leader).

Who’s left? Who’s right? Mao Zedong thought he had solved the problem by unmasking in the Communist Party what he called “capitalist-roaders”. They were people like fellow Long Marchers and apparent backbones of the party, Liu Shao Chi, the head of state, Lin Pao, the minister of defence, Deng Xiaoping, at that time a convinced Marxist, but later a capitalist convert, who became the supreme boss of China, and the Shanghai Four.

How does one describe the political leanings of Narendra Modi, the prime minister of India or the former president of Pakistan, Pervez Musharraf or President Muhammadu Buhari of Nigeria? Or, reaching backwards a couple of decades, southern Democrats in the U.S. Senate, Anwar el-Sadat of Egypt, Mrs Sirimavo Bandaranaike, prime minister of Sri Lanka (the first female prime minister to be elected in the world) or, come to that, Charles de Gaulle?

We can add the French president, Emmanuel Macron, who has shown that one can sweep to power without any left/right affiliation, and Barack Obama, who was left in his books and later as president was a sometimes confusing and ambiguous mixture of left and right in foreign policy.

Thinkers can also have their problems of identity. As Daniel Bell once pointed out, Noam Chomsky has been hoisted by the Marxist petard. “Some years ago he was accused by a Canadian Maoist revolutionary periodical of being an “agent of American imperialism”. It stood to reason. Chomsky’s theories that language capacities are innate, and that mankind generates rules through the properties of mind, were characterised, quite correctly, as philosophical idealism.

As every Marxist knows, idealism is the reactionary philosophy of the bourgeoisie, as opposed to revolutionary materialism. More than that Chomsky had mentioned, in the publication of his early work, that his research had been financed by the Office of Naval Research. Why should the American military finance such research if it did not realize that idealistic philosophy would serve to confuse the masses?