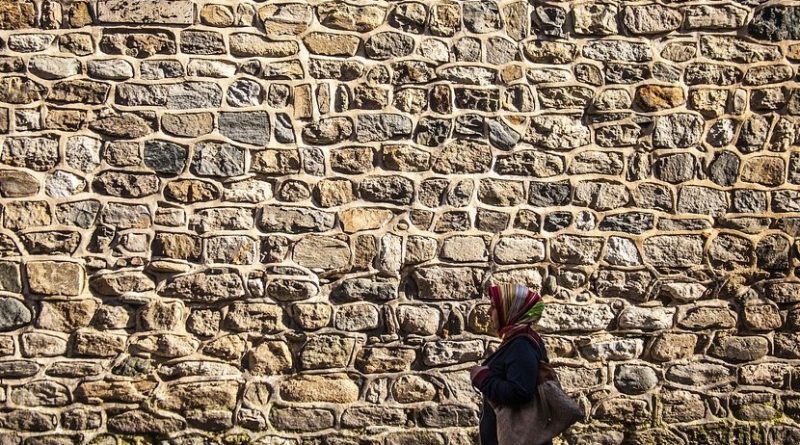 A woman wearing a hijab

Women wearing a veil or headscarf in the United States may face harsher social judgement, according to a study by Penn State researchers that found when given the same information in a news story, some people may consider a woman wearing a headscarf to be more likely to have committed a crime.

The findings — recently published in the journal Mass Communication and Society — suggest potential obstacles that women who wear hijabs may face in the real world.

According to the researchers, the hijab has become a topic of intense debate over the past 20 years. Previous research found that while the hijab may be a symbol of religiosity to some, it may signal a threat to others. The current study sought to calculate the impact that media portrayals of veiled women have on news consumers.

“The influence of someone’s view of a woman wearing a hijab can have major effects on that woman,” said Colleen Connolly-Ahern, an associate professor at Penn State’s Donald P. Bellisario College of Communications. “Through our findings, you can see what this could mean to a woman in a hijab if she is facing a jury.”

The researchers found that a person’s political identity was associated with how they reacted to a woman wearing a hijab. This was measured by comparing the gap — called parochial empathy — between how respondents feel about a group they identify with and a group they do not.

One thousand respondents from the United States took part in the study through an online panel. The participants watched videos of newscasts created by university video production professionals that featured stories about three individuals. Two of the stories were about a gardener and a contestant in a Miss Pennsylvania pageant, while the third was about a female college student suspected of contacting a terrorist group.

After viewing the newscasts, the participants were presented with both positive and negative hypothetical scenarios about both the beauty pageant contestant and the student suspect. For example, “she found a sentimental possession she thought she lost” and “she found a $20 bill on the street.” The participants were then asked about how they felt about these scenarios, and their responses were used to calculate differences in empathy for the two women. They were also asked about their perceptions of the student’s innocence.

The researchers found that participants who identified as Republican tended to show a significant difference in empathy toward the woman — and lower levels of perceived innocence — when she was wearing a headscarf. Republicans’ “preexisting dispositions were evoked by the veil,” according to the report.

“The visual seems to be the difference,” Connolly-Ahern said. “Conservatives were more likely to see someone as innocent until proven guilty, but when a hijab was present, that all changed. So what is the cost of wearing a veil in America today? Even when the woman is identified as a U.S. citizen, she is treated as ‘other’ by some.”

According to lead authors Connolly-Ahern and Lee Ahern, an associate professor at the Bellisario College, the study has several implications for journalists. Connolly-Ahern said the results indicate that reporters may want to consider the preexisting biases of their audiences when covering women wearing headscarves. These portrayals, she said, “have real consequences in how people respond to news stories.”

According to the researchers, the media will often generalize Muslims by regularly showing footage of women in hijabs — even though only a small number of Muslim-American women wear them. Similarly, research found that journalists will often reference a woman’s headscarf, whether it was relevant to the story or not.

“Communicators have an opportunity and responsibility to improve these messages,” said Connolly-Ahern, a senior research fellow at the Arthur W. Page Center for Integrity in Public Communication, which funded the study.

While past studies have described different ways women in headscarves have been portrayed in the media, this study takes the first step toward quantifying the impact of those messages. The researchers say their model could likely be applied to other situations — like religion and education level — and in other media types as well.