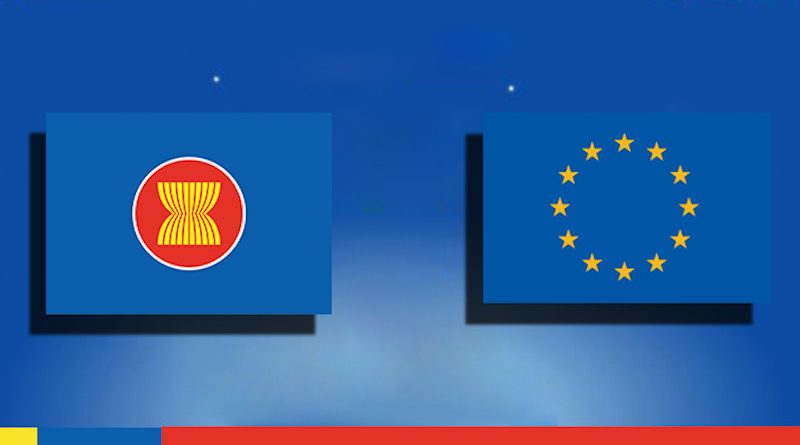 This week the EU and ASEAN finally signed the deal that had been six years in the making, namely moving to a strategic partnership. The co-chairs of the ministerial on 1 December, HR/VP Josep Borrell and Singapore’s foreign minister, Vivian Balakrishman, both welcomed the move calling it ‘a historic step.’

Heiko Maas, Germany’s foreign minister, said that the EU were both committed to multilateralism and were this idea partners.

The deal had been held up for some time over disputes on palm oil, important for Indonesia and Malaysia. But both sides agreed to establish a working group to address ‘the challenge towards reaching Sustainable Development Goals in the vegetable oil sector.’

The Covid-19 pandemic was a central point on the agenda. The EU has already offered ASEAN €800 million to tackle the impact of Covid-19 and pledged a further €20 million for a South East Asia Health Pandemic Response and Preparedness programme.

Both sides agreed to work together to ensure fair, equitable, and affordable access to safe and effective vaccines as ‘global public goods.’

In a separate statement, the ministers also pledged to “promote connectivity within and between ASEAN and the EU.”

The top Asia official in the EU, Gunner Weigand, described the ministerial as ‘not a routine meeting, but a historic step, which represented a partnership between two stability anchors amidst growing global uncertainties.’

The agreement to upgrade relations may give a boost to plans for a region to region FTA. But one official in DG Trade pointed to the huge discrepancies between the ten member ASEAN bloc if it was to negotiate and accept the same regulatory standards. Meanwhile the EU is ASEAN’s third largest foreign investor and trading partner.

The press statement is attached.

Hope of greater US multilateralism under the new president should not distract from proactive, locally driven strategies. By Akinola Olojo*’ President