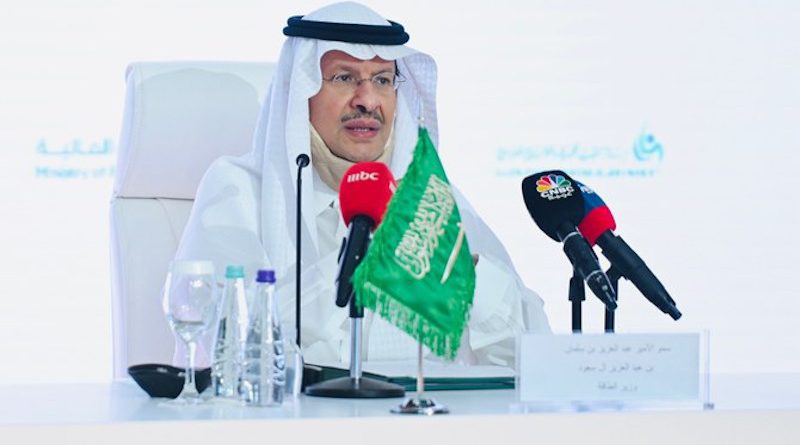 The world’s biggest oil producers have reached a compromise agreement on the supply of crude oil for next year, in an attempt to ensure an ongoing recovery in markets that remain fragile as a result of the COVID-19 pandemic.

After a week of online deliberations, OPEC+, the alliance of producers led by Saudi Arabia and Russia, agreed to increase output from January by only 500,000 barrels per day — significantly less than the 2 million barrels originally planned.

The new levels will be subject to monthly monitoring by OPEC+ ministers, chaired by Saudi Minister of Energy Prince Abdul Aziz bin Salman, and could be increased or reduced according to market conditions.

Details of the compromise deal were agreed upon after long discussions among 23 producers, organized from the Vienna home of the Organization of Petroleum Exporting Countries.

The participants acknowledged the “perseverance, diligence and extraordinary efforts” of Prince Abdul Aziz in helping to combat the effects of the pandemic on global energy markets.

Some exporters had argued that the fragile demand for crude meant the full 2 million-barrel increase — as scheduled in the historic agreement last April that is credited with dragging oil prices back from decade-long lows — should be delayed for a further three months.

Others — most notably the UAE — took a more positive view of demand in the months ahead.

The compromise arrangement was hammered out against a background of rising oil prices after news of effective vaccines lifted economic prospects. Brent crude stood at close to $49 as the OPEC+ meeting closed.

Energy experts welcomed the deal. Robin Mills, chief executive of consultancy Qamar Energy, told Arab News: “The plan to make modest monthly increases makes sense. It does not overwhelm the market, gradually regains some market shares, and can be adjusted according to progress on vaccines.”