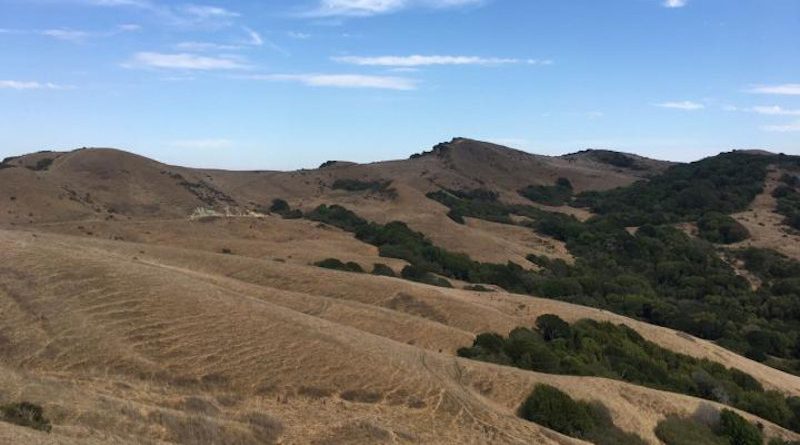 Scientists have thought that global warming will increase the availability of surface water–freshwater resources generated by precipitation minus evapotranspiration–in wet regions, and decrease water availability in dry regions. This expectation is based primarily on atmospheric thermodynamic processes. As air temperatures rise, more water evaporates into the air from the ocean and land. Because warmer air can hold more water vapor than dry air, a more humid atmosphere is expected to amplify the existing pattern of water availability, causing the “dry-get-drier, and wet-get-wetter” atmospheric responses to global warming.

A Columbia Engineering team led by Pierre Gentine, Maurice Ewing and J. Lamar Worzel professor of earth and environmental engineering and affiliated with the Earth Institute, wondered why coupled climate model predictions do not project significant “dry-get-drier” responses over drylands, tropical and temperate areas with an aridity index of less than 0.65, even when researchers use the high emissions global warming scenario. Sha Zhou, a postdoctoral fellow at Lamont-Doherty Earth Observatory and the Earth Institute who studies land-atmosphere interactions and the global water cycle, thought that soil moisture-atmosphere feedbacks might play an important part in future predictions of water availability in drylands.

“These feedbacks play a more significant role than realized in long-term surface water changes,” says Zhou. “As soil moisture variations negatively impact water availability, this negative feedback could also partially reduce warming-driven increases in the magnitudes and frequencies of extreme high and extreme low hydroclimatic events, such as droughts and floods. Without the negative feedback, we may experience more frequent and more extreme droughts and floods.”

The team combined a unique, idealized multi-model land-atmosphere coupling experiment with a novel statistical approach they developed for the study. They then applied the algorithm on observations to examine the critical role of soil moisture-atmosphere feedbacks in future water availability changes over drylands, and to investigate the thermodynamic and dynamic mechanisms underpinning future water availability changes due to these feedbacks.

They found, in response to global warming, strong declines in surface water availability (precipitation minus evaporation, P-E) in dry regions over oceans, but only slight P-E declines over drylands. Zhou suspected that this phenomenon is associated with land-atmosphere processes. “Over drylands, soil moisture is projected to decline substantially under climate change,” she explains. “Changes in soil moisture would further impact atmospheric processes and the water cycle.”

Global warming is expected to reduce water availability and hence soil moisture in drylands. But this new study found that the drying of soil moisture actually negatively feeds back onto water availability–declining soil moisture reduces evapotranspiration and evaporative cooling, and enhances surface warming in drylands relative to wet regions and the ocean. The land-ocean warming contrast strengthens the air pressure differences between ocean and land, driving greater wind blowing and water vapor transport from the ocean to land.

Home » Drylands Are Not Getting Drier