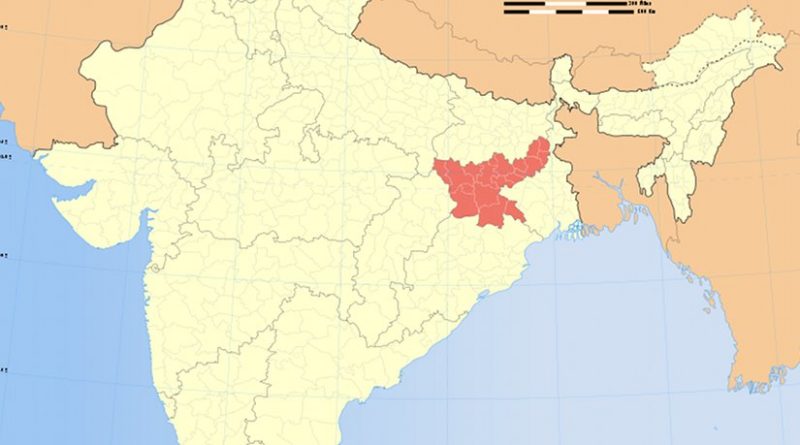 On December 22, 2020, an ‘area commander’ of the People’s Liberation Front of India (PLFI), a splinter group of the Communist Party of India-Maoist (CPI-Maoist), identified as Punai Oran, was killed in an exchange of fire with the Security Forces (SFs) at Chete village near Lodhma under Nagri Police Station limits in Ranchi District. Punai, carrying a reward of INR 200,000 on his head, was active in Ranchi, Gumla and Khunti, and had about 14 cases pending against him in Ranchi and other Districts. PLFI ‘chief’ Dinesh Gope had reportedly given one AK-47 rifle to Oraon, who used to extort money from businessmen and estate traders.

On December 21, 2020, a ‘zonal commander’ of PLFI, identified as Jidan Guriya, was killed in an exchange of fire with District Police and Central Reserve Police Force (CRPF) personnel at Koengsar village under Murhu Police Station limits in Khunti District. Jidan was ‘second-in-command’ after PLFI ‘chief’ Dinesh Gope, in the organization and had over 100 cases relating to murder, loot and extortion lodged against him in different Police Stations in the region. He carried a cash reward of INR 1.5 million on his head. One AK-47 rifle, two walkie-talkies, three magazines, 75 bullets, 12 cell phones, 75 SIM cards and INR 27,500 in cash, among other belongings, were recovered from the encounter site. Interestingly, Jidan’s wife, Jonika Guriya, who is a Bharatiya Janata Party (BJP) leader, is the chairperson of the Khunti Zilla Parishad (district council).

On December 18, 2020, a PLFI cadre identified as Sonu Kumar Nalanda, was killed in an encounter with SFs in a forested area of Bando village under Gudri Police Station limits in West Singhbhum District. After the encounter, another cadre, identified as Phoolchand Manda, was arrested. SFs recovered three pistols, seven magazines, 49 live cartilages and several mobile phones from the encounter spot.

SAIR had earlier noted that PLFI activities are principally connected with extortion and are more akin to an organized crime gang than any ideologically driven movement. Latehar, Superintendent of Police (SP) Prashant Anand, thus disclosed on December 6, 2020,

Pradeep Ganjhu is a PLFI extremist. Two criminals Manoj Turi and Jitendra Tana Bhagat who are in the gang of Aman Sao – Sujit Sinha are in cahoots with this PLFI extremist Ganjhu. We arrested Turi and Tana Bhagat and then this nexus came to the fore. The PLFI and the criminals overlap when it is for raising levy, threatening any contractor etc. We had a long-standing doubt of a splinter group of extremists taking help of the criminals and this we have now proved beyond any iota of doubt. Once we get Pradip Ganjhu there will be no haze left on extremist criminal hands.

Conspicuously, Pradeep Ganjhu is the person who has a nexus with both the Tritiya-Sammelan Prastuti Committee (TSPC/TPC), another splinter group of the CPI-Maoist, and PLFI, besides working for the criminal gang.

Further, on July 24, 2020, the National Investigation Agency (NIA) chargesheeted Shakuntala Kumari and Hira Devi, both wives of PLFI ‘chief’ Dinesh Gope; Jaiprakash Singh; Amit Kumar and Fuleshwar Gope, in a case pertaining to the seizure of INR 2.53 million in demonetised currency. The money was collected through extortion.

With extortion as its primary objective, PLFI has principally targeted civilians. Out of a total of 118 fatalities inflicted by the PLFI, 111 were civilians and seven were Security Force personnel (data between July 2007 and December 27, 2020). There was a total of 217 fatalities (111 civilians, seven SF personnel, and 99 PLFI cadres) in PLFI-linked violence.

The period between 2011 and 2016 saw the peak of PLFI targeted violence against civilians, with at least 14 civilians killed in each of these years, with the exception of 2015. Since 2016, however, a total of 16 civilians have been killed, including one in the current year. As this data suggests, PLFI has indeed lost its strength.

However, the group continues with its attempts to keep its extortion business intact.

A December 1, 2020, report, revealed that office bearers of different trade bodies, including the Federation of Dhanbad Zila Chamber of Commerce & Industry and Jharkhand Industries and Trade Association have expressed concern over extortion messages sent by PLFI to traders. On November 29, 2020, four computer traders from Dhanbad District received separate WhatsApp messages in which they were asked to pay INR 5 million each.

In the meantime, according to a December 4, 2020, report, to further weaken PLFI, the Jharkhand Police decided to release photographs of seven wanted PLFI leaders, including its ‘chief’ Dinesh Gope, with a bounty of INR 2.5 million on his head; Jidan Guriya (subsequently killed on December 21); Tilkeshwar Gope aka Rajesh Gope, with a reward of INR 1 million; Awdhesh Kumar Jaisawal aka Abodh Kumar Jaiswal aka Chuha aka Bihari, Ajay Purty, Sanichar Surin and Mangra Lugun, all carrying rewards of INR 200,000 each on their heads. Awdhesh is from Nalanda, Bihar; while the rest are all from Jharkhand: Sanichar, from Gumla; Mangra, from West Singhbhum; Dinesh Gope, Jidan Guriya, Tilkeshwar Gope, and Ajay Purty, all from Khunti District. An official statement on December 4, 2020, from Police headquarters read,

Referring to this development, an unnamed senior Police officer stated,

While police are constantly undertaking anti-Naxalite [Left Wing Extremist] and anti-PLFI operations, it is now seeking public support to flush them out from the state. The COVID-19 induced nationwide lockdown has dented the flow of illegal money to rebel camps. As a result, they are now trying to instil fear among people by resorting to extortion for sustenance. Without enough resources, they are even trying to set up bases near urban pockets using different covers and this will be the right time to hit them hard.

Sustained SFs operations over a period of time have weakened PLFI. Not surprisingly, the outfit is making continuous efforts to regain its influence in the region, without notable success. The present operations against PLFI are timely and need to be further consolidated to wipe out this extortionist gang’s footprints from the region.