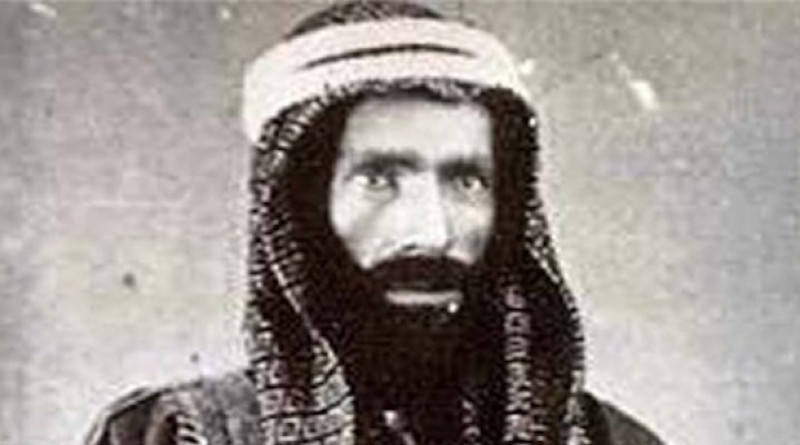 Writing in the 11th century, Ibn-e-Hazm of Cordoba expressed his concerns about the blind imitation of legal schools. Islam, according to Ibn-e-Hazm, did not enjoin Muslims especially the scholarly elite to restrict themselves to a single school of law and theology. In his work Al-Muhalla, he undertook a major task of reinterpreting the tradition of Islam with an aim to foster the spirit of creativity. He made an attempt to identify the roots of intellectual decay that had already crept into Islamic scholasticism.

The guilds of theology and the schools of law, in the assessment of Ibn-e-Hazm, had lost the creative impulse to generate answers to emerging problems. He further argued that the formal legalism and the systematic theology of medieval schools were rooted in ancient schools of Greek syllogism and Iranian gnosis, and lacked an Islamic orientation. This Greco-Iranian strands of thought had drained the intellectual energies of Muslims.

Ibn-e-Hazm pressed for the need to break free from the obsolete interpretive models of reasoning espoused by the medieval schools. He proposed that an innovative system of reasoning must be adopted that should be solely grounded in the Quranic text and the normative practice of the Prophet. The medieval schools already sprawled across the Islamic world were neither creative nor were they legitimately Islamic in their orientation. This resulted in a repetition of a series of ideas that were mere a regurgitation of obsolete creedal formulations.

The call of Ibn-e-Hazm towards an epistemology that was both rationalist and Islamic in its orientation paved the way for the emergence of Salafi Islam. Though still in its early stages, the Salafi Islam transformed into a comprehensive system of interpretation with its own principles and reasoning in the centuries to come.

Salafi Islam in its most basic philosophy is a religious thought or an interpretation that urges for the need to locate morality, ethics, politics, and theology in the practice of early Islamic community. Islam as a religious dispensation was revealed to the Prophet in the 7th century Arabia. This religion was propagated and disseminated by the Prophet.

After a long arduous campaign aimed at proselytization, scores of people gravitated towards the Prophet and became Muslims. This early Islamic community remained under the supervision of the Prophet. The companionship of the Prophet enabled Muslims to refine their moral character and help them become role models for the generations to come.

The Salafi tradition posits that the later generations after their encounter with the Hellenic and Iranian sciences developed a system of knowledge that was out of keeping with the original understanding of Islam. The schools of law, theology, ethics, and morality were based on the pre-Islamic notions of reality, and lacked an Islamic content and orientation. Hellenic philosophic ideation and the Iranian illuminative gnosticism had crept deep into Islamic scholasticism by 11th century. Against this intellectual backdrop, Ibn-e-Hazm undertook his reformist project. Salafi Islam was at its embryonic stage of growth in the works of Ibn-e-Hazm. It underwent a number of reincarnations, and every birth had its own context and intellectual flavor, but all of them insisted on the need to return back to the roots of Islam in the early Islamic community for the attainment of moral perfection.

Salafi Islam had its second reincarnation in the 14th century in the reformist project of Ibn-e-Taymiyah and his student Ibn-e-Qayyim. Both of these scholars redefined ethics, law and especially systemic theology in a bid to buttress them with Islamic underpinnings. Ibn-e-Taymiyah is credited to have revived the spirit of Islamic creativity. He held in his book Refutation of the logicians that the Greek logic had its own fallacies. The Salafi interpretation of Ibn-e-Taymiyah and Ibn-e-Qayyim had a traditionalist bent with a reformist agenda. Islam had to be reformed from within. This reformation was only possible through dismantling the Greco-Iranian architecture of knowledge-system(s).

Soon after the death of Ibn-e-Taymiyah and his student Ibn-e-Qayyim, Salafi Islam did not experience a resurgence up until 18th century. The advent of 18th century heralded an Islamic awakening leading to the emergence of multiple Salafi strands. This was the 3rd reincarnation of Salafi Islam, but in a series of strands. The revivalist project of Muhammad bin Abdul Wahab was the traditionalist version of Salafi Islam. It preached a rigid interpretation of Islam that was geared towards stripping Islam of historical accretions.

Simultaneously in Muslim India, Shah Wali-ullah also launched a socio-political reformist project that was both sufi and salafi in orientation. Himself a sufi, Shah Wali-ullah embraced a salafi tradition that was steeped in mysticism. His work The Conclusive Argument from God expressed a salafi bent in a sufi idiom. This excellent combination of salafism and sufism culminated in the writings of his grandson Shah Ismail. His work Abaqat is a classic example of salafi-sufi blend. The third strand of the 18th century salafi Islam was represented by Shawkani in Yemen. It was strictly rationalist in orientation; as a result, placed a much greater emphasis on the role of reason in re-assessing Islamic teachings.

The last incarnation of Salafi Islam had a colonial context of 19th century. It expressed itself in two stands. The first was represented by Jamal ud-din Afghani and Mufti Muhammad Abduh. Their reformist project was called salafiyah, as Qasim Zaman established in his work Modern Islamic Thought in a Radical Age. This movement of salafiyah was rationalist, philosophic, and progressive. The second strand was represented by Shaykh Rashid Rida. It was traditionalist in its vision, and was later on co-opted by Wahabite scholarly elite of Saudi Arabia. It reached its zenith in the works of Shaykh Nasir-ud-din Albani.

As established, Salafi Islam has a long complex history and has underwent major transformations and incarnations over the course of centuries. It is important to remember that it is neither a monolithic entity nor a modern phenomenon.