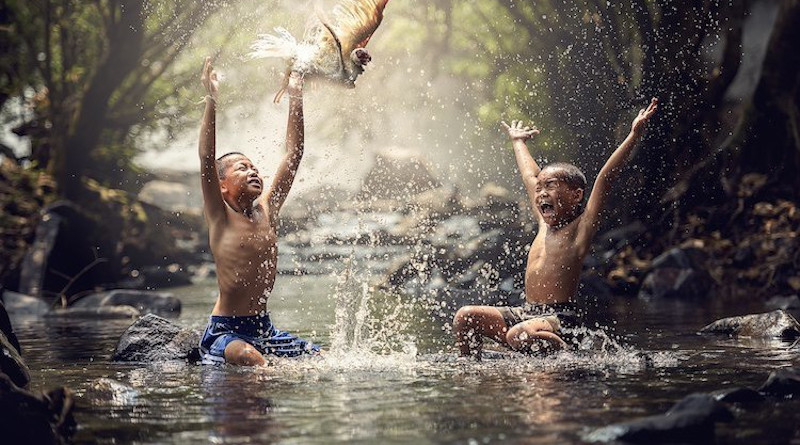 Can we be happier? All of us probably experience grave unhappiness at some point in our lives – a bereavement of someone close, a job loss, a bad illness, a vindictive boss, a drop in income or status, a loss of love for or from one’s partner, even a divorce, a standard of living when ends can hardly be met. Every reader can add their own woes to this list.

Yet the world as a whole does appear to be getting happier, except in a few countries where war or fighting has taken over – Syria, Iraq, Afghanistan, Burundi and Sudan, for example.

Indeed, the lessening of war is one reason for rising happiness around the world. Another is the rapid decline in infant and maternal mortality – don’t ever think that a big Indian or African family today or a 19th century European family doesn’t or didn’t feel immense pain if a child dies, just because they have or had large families.

This is the greatest advance mankind has made over the last two centuries. Since 1990 the global infant and maternal death rates have been cut in half. Except in those places experiencing major social disruption nearly all children have access to primary education. Health generally is very much improved and even AIDS is declining rapidly.

Economic growth rates have steadily improved over the last 50 years, not just in China and the Asian tigers but in the poor countries like India, Bangladesh, Ivory Coast and Tanzania (the latter group emulating China’s).

What most makes us happy? Our health, both physical and mental above all. Next our human relationships. For most people these are more important than income and is why, as research by LSE professor Richard Layard has shown, (read his new book, “Can We Be Happier?) bad income distribution is not the be all and end all of life. He says that there are thousands of surveys that show that, holding all else constant, a person with double the income than average will be only 0.2% happier than the average. Similarly, a person whose income is one half of the average will be only 0.2% less happy.

These are not big differences. In most countries income inequality explains under 2% of the variance in happiness. Indeed, this is why the left is right to focus on health care more than any other issue. That speaks directly to an issue the poor feel is of primary importance and will give them more happiness than a reduction in inequality. Even after Obamacare there are still great holes in U.S. medical services. With the recent re-election of the UK Conservatives the massive cuts made to the National Health Service will probably remain in place. These failures are misery-making.

As for improving your human relationships that’s for you, and you alone to work out. Helping other people in trouble, looking after your friends and extended family in need, and breaking down racial and ethnic barriers around you will give you most of the time increased happiness. Just try helping the little old lady or blind man cross the busy road and see what a lift you get, even if momentarily.

In the developed countries in recent years a spectacular fall in crime and an increase in human gentleness, partly because of the greater influence of women, are important developments. This has “softened” society.

Countries vary hugely in their happiness levels. The most egalitarian countries, the Scandinavian ones, Switzerland, Holland, Canada, Austria, Costa Rica and New Zealand are the most happy. (The U.S. is 19th, the UK is 15th and Russia 68th) It is not because of better income distribution that the Scandinavians and other leaders are happier it is because there is more trust in their societies and more mutual respect that leads to more social services which lift well-being.

The bottom twelve countries in the happiness table have had recently or are now experiencing conflict. (There are two unexplainable exceptions, Tanzania and Botswana, both countries which are economically successful and politically stable and peaceful yet are near the bottom of the table.)

John Helliwell, a professor at the University of British Colombia, has identified six factors which, when taken together, explain three quarters of the variance in average happiness around the world. He singles out trust, generosity, social support, freedom, health and income. Take trust. In Brazil almost no one trusts other people. In Scandinavia it is around 70% — deals can still be made with the shake of the hand.

China with its high rate of development, its super growth in income per head and reduction in poverty should have more happiness than it apparently does. A big part of the reason for less happiness is the massive upheaval brought about by fast economic progress and its concomitant restructuring. Life in villages was upended by migration to the towns. The bottom third lost their Communist-constructed safety nets of universal free health services.

But in the last few decades with greater income for most why hasn’t happiness in the bottom third started to grow? At first migration to the towns led to a loss of social connections, but later as people settled down they built new ones.

The other reason is that even though the Chinese have achieved a higher standard of living they are going through the phase of measuring themselves against those who have done better than them. Helter-skelter growth is not as good a thing as is often made out. Change is better in measured steps. Perhaps there is a trade-off between the speed of exiting poverty and maintaining and improving happiness.

Home » The World As A Whole Is Getting Happier – OpEd