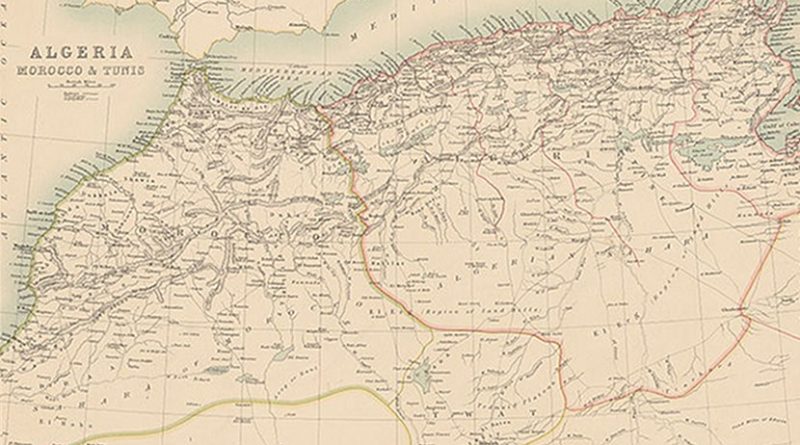 In the European race to divide the land of the world among themselves during the colonial era, Morocco, Tunisia, and Algeria were each separately colonized by the French. As a matter of fact, French colonialism was manifested differently within each country, particularly in Algeria, where the colonial impact was much more dramatic than in either Morocco or Tunisia.

However, each country was greatly affected by French influence and control during the period of colonization, as well as, following liberation. Analyzing each country’s unique colonial history demonstrates not only the effects of colonialism as a whole, but, also, the difference, in effect, created by different levels of colonial involvement and control.

The Painful Colonization Of Algeria

The French colonized Algeria first, in 1830, and remained within Algeria until 1962. The colonization was supposedly initiated by the Ottoman ruler, at the time, slapping a French diplomat, but was, actually, largely caused by the failure of the French to pay their debts to Ottoman Algeria.

The French invasion was met with hostility, but the French were able to defeat the Ottomans. Approximately, one third of the Algerian population died as a result of colonization, whether from direct warfare, disease, or starvation.

The treatment of the supposedly French Algerians was in stark contrast to the pretenses presented by the offered citizenship and renamed French Algeria. The French considered the Algerians to be uncivilized, uncouth, illiterate, and dirty, and treated them as a lower class within Algeria. The first legal sign of this was the declaration of land reforms, which essentially took Algerian land, reassigned its ownership to French migrants within Algeria known as the pied-noir, and forced Algerians to work the land. This, enforced the second-class status of the Algerian natives and gave elevated status to the pieds-noirs, who had, essentially, become landowners through no personal history, labor or achievement. The Algerians were, now, working as slaves on land they had previously owned, which caused a great deal of humiliation, commonly called “hogra,” for the Algerians, as well as, a growing resentment for the French and idealization of the pre-colonial period.

However, some Algerians were able to more easily blend in to the newly-French culture of Algeria, and gained education in French and European matters, which created a divide within Algerian society between the Algerians who identified strongly as Muslim Arabs and those who blended more into French society.

The French reinforced this westernization by building western-style settlements, converting mosques into churches, and teaching French to the children of Algeria. This erased Algerian culture and Islamic heritage, which created a large amount of resentment for the French from Algerians who held Arab ethnicity and Islamic religion as fundamental parts of their national identity.

The divide between these two groups led to conflict not only between the French and the Algerians, but, also, between Algerians of differing classes and cultural identities. Large independence movements formed amongst the Islamic Arab portions of Algerian society, which further isolated the French-identifying Algerians within Algerie Française.

The Gentle Colonization Of Tunisia

The next country to be colonized by the French was Tunisia. Tunisia had, previously, been a part of the Ottoman Empire, but was largely allowed self-governance. Following the fall of Libya’s self-governance to the Ottoman Empire and seeing the heavy influence of the French across the border in Tunisia, the Tunisian leader Ahmed Bey began to modernize and reform Tunisia, with great help from French advisers.

However, the more Western the country became, the more indebted to the French it was, especially as the economic effects of Bey’s reforms began to have serious consequences on the citizenship through taxes. The next Bey was left to deal with these issues, but found himself essentially unable to hold off the European powers. Finally, as Tunisia continued to decline and collapse, the British agreed to give France control of Tunisia at the Congress of Berlin in 1878.

France invaded Tunisia in 1881, placing troops within Tunisia and taking control over the economics and international relations of the Tunisian government. While the Tunisian people attempted to rise against the French, they were, ultimately, defeated and the government, essentially, accepted the French declaration of Tunisia as a protectorate. In comparison to Algeria, the Tunisians still maintained a great deal of autonomy, with their own ministers, government structure, and cultural identity.

The French had ultimate control, but the Bey was still allowed to serve as the technical leader of the people. This was, incredibly, different from what had happened in Algeria, and the effect of this small amount of freedom is notable: while the Algerians had multiple, violent resistances against the French during the Algerie Française period, the Tunisians had mostly smaller, more peaceful movements for independence, which can be directly attributed to the quality of life and identity that was afforded to the Tunisians.

The final Maghreb country to be colonized by the French was Morocco. The French had never intended on colonizing Morocco, which had been an independent kingdom for years, and only began the colonization process when it became clear that the Moroccan sultan was going to be more sympathetic to the Algerian liberation movement than the French government.

The French colonization of Morocco was a protectorate, like the Tunisian colonization, and allowed the traditional makhzen system to exist in duality with the French colonial government. Morocco was divided into Maroc Utile, the environment of Morocco made of urban centers and plains , and Maroc Inutile, the rural areas of Morocco largely inhabited by Amazigh/Berber people. The French imposed laws on Maroc Utile, but allowed the Amazigh/Berbers of Maroc Inutile, to continue to run under their own traditional laws, Isref, and have their own democratic assemblies, Ait Rabin.

The French allowed Moroccan traditions and Islamic culture to coexist with French influence, and preserved these aspects of Morocco rather than attempting to eliminate them as they had done in Algeria. The French even encouraged some portions of Moroccan and Islamic culture, paying particular attention to Sufi traditions, including trance music and the celebration of saints. The French did anthropological, sociological, and ethnographical studies in Morocco, and, thus, enriched their own culture with knowledge of Islamic tradition.

While there were uprisings against the French, particularly, from the Amazigh/Berbers within the Rif mountains, the French retained control until they exiled the Sultan Mohammed V, after which the Moroccans were able to negotiate their independence.

The French colonial efforts were clearly different in each country in North Africa that they inhabited. In particular, the attempt to completely take over Algeria as a part of France was in direct contrast to the generally looser reins given to the Tunisians and Moroccans.

As Algeria was France’s first African colony, as well as the largest and nearest to France with the most significant resources, it makes sense that they would attempt to leverage greater control over Algeria. This is, also, reasonable considering that the amount of resources required to rule over Algeria, as well as, eliminate numerous resistance movements within that country would limit the amount of resources France could exert to control Tunisia and Morocco.

As the point of the colonies was to make money, having, prohibitively, large costs to colonize would not be beneficial to the French mission. The French, also, realized to a degree that they would not be able to, fully, govern Tunisia and Morocco in addition to France and Algerie Française, which became especially apparent when they lost control of all three colonies following World War II.

The difference in colonization strategy from the French in these three countries has, also, greatly affected each nation in the present day. Tunisia, which did not have a truly strong independent culture regardless because of the Ottoman Empire, has suffered under numerous governmental changes and attempted reforms within the country in the years since the French left.

Algeria, which was controlled the most heavily by France, had a violent movement to gain liberty from the French, and continued to be controlled by the army following independence. The Algerian economy has also suffered, as the Algerians nationalized and socialized nearly all of their industrial and agricultural projects, leading to a lack of productivity within the nation.

Morocco, which was the least affected and colonized for the shortest time, retained culture and loyalty to the king, which has lead to relatively little instability in the years following independence. Ultimately, French colonization united these three countries with common history, but, also, had devastating effects, particularly in Algeria where the colonization was the most oppressive to the culture and to people.

Home » An Overview Of French Colonialism In The Maghreb – Analysis

The Forgotten Lessons Of The 4th Of July – OpEd

Prepare For Global Impact Of US COVID-19 Resurgence – Analysis