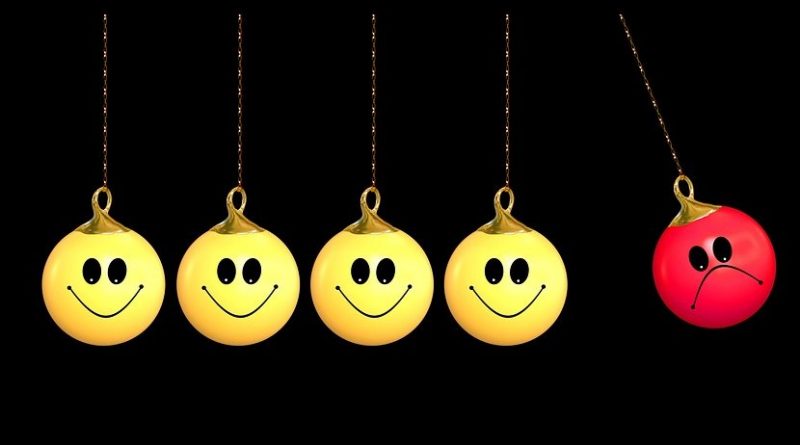 Terrorism has no commonly accepted definition, but to me, terrorism is concisely an approach to the desired political, personal or national illegitimate goals by using violent and illegal techniques.

The term “Terrorism” gained its fame during the French Revolution in late 18th century but achieved conventional popularity in 1970s through news’ coverage and books when the conflicts were triggered in Northern Ireland, the Basque country, Afghanistan and Palestine. The increased use of suicide attacks during the 1965 Indo-Pak war, the Soviet Union’s invasion of Afghanistan, followed by the 9/11 terror attack in New York and Washington D.C. in 2001and number of similar attacks in Afghanistan, Mumbai (i.e. Taj Hotel attack), the recent attack in Plame (Kashmir), the Majid Attack of Christchurch (New Zealand) and many more such incidents have conventionalized the term “Terrorism” as an intimidated phenomenon.

The association of terrorism to religion is mainstreamed throughout the globe. Be it any terror activity (e.g. suicide attack, or a bomb blast), it is always misconceived to be a religious practice, but regardless of any specific location, religion or gender, Terrorism is indeed a generally accepted peril to both individuals and society which cannot be justified with illusive and retarded thoughts. While the fact is that violence and terrorism of any kind is against the basic ethical rules of the world’s most common religions.

After the 9/11 terror attack on World trade center, the hatred of the Americans against Muslims were flared up, people cut off all sort of ties with the Muslims, the whole world stereotyped Islam and Muslims in favor of the victims of that attack and their relatives, which resulted in the concerted US, NATO invasion of Afghanistan in 2001. The western allies considered it as retaliation against Osama Bin Laden, the Chief of Al-Qaida who was accused for being the mastermind of the mentioned attack and was thought to be sheltering in Pak-Afghan border regions. The attack turned into a long-lasting war, still is going on, left hundreds of thousands of civilian casualties, and yet expected to see many more fatalities, in fact the aggrieved people are Muslims. There are considerable cases on regular bases that innocent people have been also preyed during the “collateral damage” which further escalates the pre-existing tensed situation as well as widen the horizons of mistrust between the local inhabitants and US and NATO forces.

Following the stated invasion, on December 13, 2003, the USA attacked Iraq, found the predecessor of Iraq Saddam Hussein guilty in crimes against humanity and was consecutively executed on December 30, 2006; the war on Iraq also left thousands of innocent Muslims were killed, displaced and handicapped. On November 9, 2008, Taj Hotel in Mumbai came under a terror attack, which left approximately 166 civilians killed, carried out by the Pakistan based terrorist group Lashkar-e-Taiba whereby the victims were largely civilians and tourists. Likewise, on November 23, a suicide bomb blast happened inside a Masjid in military base in Khost Province of Afghanistan claiming 26 killed, 53 wounded and the ISIS took the responsibility of this intentional act. Nevertheless, Afghanistan has been witnessing a number of such savage tragedies including the use of Mother of all Bombs (MOB) by the American forces in Nangarhar province of Afghanistan as a result of which large area was affected while the future impacts on local population, crops and livestock cannot be ignored too.

The most recent deadliest attack on the Indian CRPF personnel in Pulwama caused death to 40 people as well as escalated tensions between India and Pakistan especially at the bordered regions. On March 16, 2019, the terror attack on worshipers in a Masjid in the Christchurch city of New Zealand left 50 Muslims killed and 50 more wounded, following the mentioned attack, on March 19, 2019, a 37 years old Turkish man assaulted the central city of Utrecht, the Netherland, left 3 people killed and 3 others seriously wounded.

To infer the above-inscribed cases, it is evident that terrorism has been a menacing threat to the overall humanity regardless of any specific religion, ethnicity and ritual region. Moreover, this practice is used as a means of fulfilling the disguised and concealed political objectives of individuals and groups. This phenomenon has become conventional in today’s date, being leveraged even by small political groups to have their goals achieved, specifically when elections are going on, in order to succeed many politicians, they terrorize their opponents, this is an instance of terrorism used at a micro level.

According to some researchers there are three myths about terrorism;

However, this deep-seated perception has been indoctrinated in peoples’ minds by giving it a religious touch which indeed is a political source of approaching the desired goals which appears to be tough enough to keep people distant from it, but psychologically it is possible to introduce this phenomenon as a violent practice contradicted by almost all the religions.

At present, Islam and its followers (Muslims) are associated with militancy and extremism which is not true and therefore, it is imperative to understand and appreciate the message of Islam in the light of the Holy Quran- that believe in mutual respect to individuals, societies irrespective of color, ethnicity, religion, language and geographic association. It is important to accept that Islam and violence are contradicting each other and therefore islamophobia requires to be discouraged on each platform.

The Holy Qur’an says” … The ways of peace…” (Quran: 5:6). It describes reconciliation as the best policy (4:128) and states that God abhors any disturbance of peace (2:205). This verse is repeated in the Qur’an no less than 114 times. It shows the immense importance that Islam attaches to such values as mercy and compassion. One of God’s names, according to the Qur’an is As-Salaam, which means Peace. Further, a perusal of the Qur’an shows that the Prophet Muhammad(PBUH) was sent to mankind as mercy (Qur’an: 21:107).

Based on these arguments, I would add that a frictional number of illiterate misguided and brainwashed Muslims involved in violent activities which are indeed against the teachings of the Qur’an, cannot be representative of Islam and Muslim community around the globe.

According to Islam, peace is not merely an absence of war, it opens doors to all sort of opportunities that are present in any given scenario it is for the reason that Qur’an says:” …A settlement is best…” (Qur’an 4:128) peace is the rule and war is only an exception. Even in defensive war, we have to analyze its consequences, if they are dubious, Muslims must avoid war. Muslims have to assess the whole situation and adopt a policy of avoidance when war is not certain to achieve a positive result.

In actual fact, the objective of all the Prophets from Adam to Isaiah (Jesus) and Muhammad (May Allah exalt their mention) was only and the same – the implementation of the ideology of monotheism and the ensuring of peace in the World.

Similarly, Christianity emphasizes tranquility and peace, as it says that the Christian has peace with God through our Lord Jesus (Romans 5:1). Philippians 4:8-9 is a reminder to meditate on all that is true, but particularly on what is honorable, pure, and lovely in the gospel. And I will make a covenant of peace with them, an everlasting covenant. I will give them their land and multiply them, and I will put my Temple among them forever. I will make my home among them. I will be their God, and they will be my people (Ezek 37:26-27).

Likewise, Hinduism, Buddhism, and other religions emphasize the installation of peace, as peace is an essential part of Hinduism, guiding towards inner peace and contributing to world peace. The Bhagavad Gita is considered to be one of the significant aspects of the Hindu sacred texts emphasizing both on inner and outer peace, Mahatma Gandhi best exemplifies the Hindu religion’s favor of peace; he freed India from the British imperialism sans violence. Another paragon is the Yoga and Meditation the two peaceful aspects of Hindu religion stressing on the maintenance of calmness.

To get rid of this built-in disease and recognize it as a religion-averse phenomenon, the Religious scholars are utterly responsible to spread awareness from religious perspectives, mainstreaming terrorism as political mottos, antipathetic practice to religions and a toxic threat to the overall humanity. Secondly, College/University teachers could play a vital role to introduce terrorism as everyone’s vulnerability. Additionally, citizens irrespective of any specific ethnicity, rituals, race, and religion along with soldiers are equally accountable to chase off this practice.

Home » Terrorism: A Phenomenon That Has No Attachment To Any Religion – OpEd