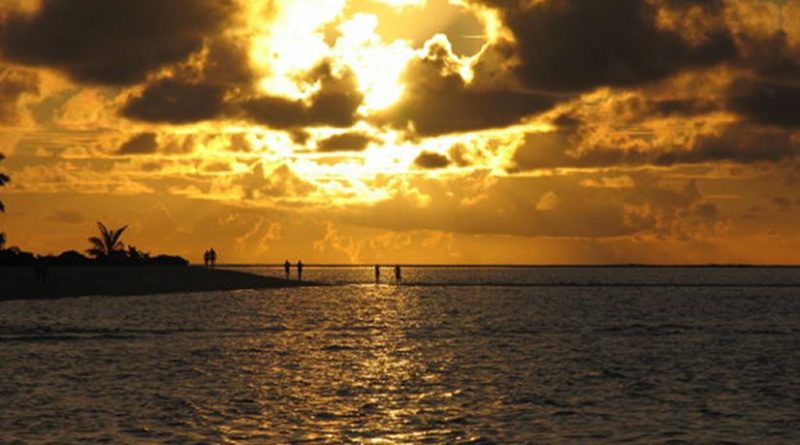 The February 2020 stabbing of three tourists in the Maldives has raised the prospect of terror in paradise. There are numerous indicators to suggest a potential threat in the Maldives, but it remains unclear whether this incident was simply a one-off or the beginning of something more serious.

The stabbing of three tourists recently in the Maldives has raised the prospect of terrorism in the popular tourist destination. The style of the attack, the subsequent video aping ISIS’ style, and the broader backdrop against which it comes, point to being inspired by the so-called Islamic State of Iraq and Syria.

The attacks were reported as an isolated incident, though media has suggested authorities might be re-opening an earlier investigation into the stabbing of a Turkish tourist in December. The video emulating ISIS style and tone threatened more attacks, though the group itself has been quiet about the attack so far.

The attack has been a long time coming. With roughly 250 fighters, and about 1400 alleged radicalised individuals, out of a population of 350,000, the Maldives has amongst the highest per capita instances of foreign terrorist fighters around the world. For some time, there has been fear that an exodus of fighters from the Maldives might return home bringing terrorist violence with them.

There is a history of foreign militant fighters from the Maldives going back to the war in Afghanistan. There have been killings of journalists and bloggers on the islands that have been blamed on violent Islamist groups, though questions have been raised around motivations.

The last major incident was an attempted bombing in 2007 in Male which injured a dozen tourists. The networks involved then were also present in supporting ISIS. Moreover, A couple of weeks after the stabbing incident, authorities raided properties in Naifaru island of Lhaviyani Atoll claiming to have disrupted a bomb-making plot. No charges were pressed.

There are a few indicators which bear attention. First, there have been incidents in the past few years where ISIS-linked or inspired attackers have launched attacks against visiting foreigners: Tunisia (2015), Tajikistan (2018) and Sri Lanka (2019) are prominent examples. The different sorts of attacks and the nature of the links to ISIS all show how tourists present themselves as easy targets for ISIS adherents (either inspired or directed).

In each of those cases, local tensions – including inequality, anger at government and a sense of injustice – translated into violence against foreigners. Striking visiting foreigners assuages some of this anger, brings international attention to the situation, and undermines local authorities. All of which makes it an easy fit into the ISIS playbook.

Second, there are existing violent operators in the Maldives like drug smugglers and other criminal gangs. There has been evidence of such individuals being specifically recruited into ISIS networks. ISIS narrative offers itself as a source of redemption for previous criminals. Their propensity for violence and access to criminal networks makes these recruits convenient assets within extremist networks.

Third, there is a problem of fundamentalism on the margins of society. During former president Abdul Gayoom’s rule (1978–2008), many scholars such as Muhammad Ibrahim who did not toe the official line were exiled to islands where they continued preaching their exclusivist messages. Over time, his influence has spread across Maldivian society with his students inspiring attacks such as the above mentioned 2007 bombing and having linkages to ISIS.

Currently, it is unclear as to the degree to which local authorities have the capability or experience to manage either violent networks at home or those that might return from Syria/Iraq or Afghanistan.

For instance, there are links and communications between those abroad and Maldivians back home via encrypted platforms, but there has been little coverage of rehabilitation or other programmes to engage returnees. Understanding the connectivity, the flows home and how to effectively manage such individuals is going to be a crucial task for the authorities.

The fact that not much support for this attack has been forthcoming is confusing; but it might reflect earlier divisions amongst the Maldivian radical community who were cleaved in two when ISIS broke from Jabhat al Nusra in the early days of the Syrian civil war. It might also simply reflect ISIS’ general state of chaos at the moment.

The key question at this stage is whether the government has indeed been able to roll up the entirety of this network. Once the profiles are made public, it will be important to note whether any are returnees or the extent of their links to terrorist groups or networks. While the West has not suffered many attacks involving returnees, there have been lethal attacks in Southeast Asian countries involving battle hardened individuals. This escalates the risk profile in the Maldives.

The government has not been complacent so far about the potential danger. They have been identifying extremist preachers and raising threat levels across the nation while also engaging in religious counter messaging. However, despite arrests, they have not been able to prosecute returnees or address root causes such as corruption and lack of employment for youth.

Beyond this, it will be important to see whether terrorist or extremist networks gain access to better weaponry. Another indicator will be whether ISIS or Al Qaeda-affiliated groups start to raise the profile of the Maldives as a potential target in South Asia. Given that ISIS continues to face pressure on the battlefield, a major attack on a soft target like the Maldives, whether inspired or directed by the group, would provide a useful ideological boost.

Home » ISIS In The Maldives? – Analysis