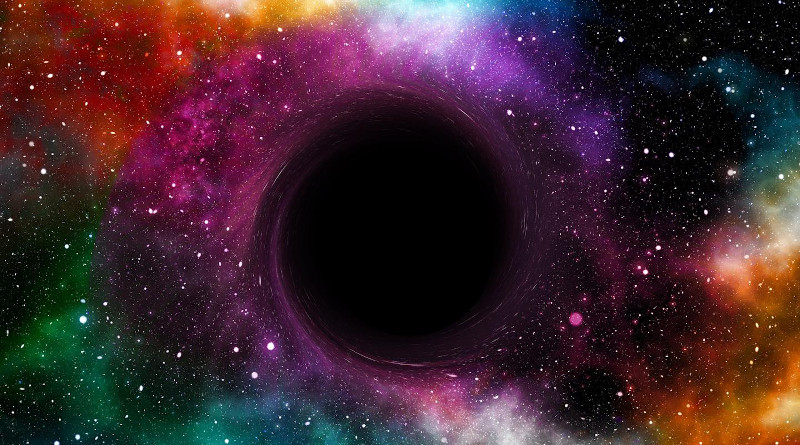 What researchers have done is apply the theory of the holographic principle to black holes. In this way, their mysterious thermodynamic properties have become more understandable: focusing on predicting that these bodies have a great entropy and observing them in terms of quantum mechanics, you can describe them just like a hologram: they have two dimensions, in which gravity disappears, but they reproduce an object in three dimensions. CREDIT: Gerd Altmann for PIxabay

We can all picture that incredible image of a black hole that travelled around the world about a year ago. Yet, according to new research by SISSA, ICTP and INFN, black holes could be like a hologram, where all the information is amassed in a two-dimensional surface able to reproduce a three-dimensional image.

In this way, these cosmic bodies, as affirmed by quantum theories, could be incredibly complex and concentrate an enormous amount of information inside themselves, as the largest hard disk that exists in nature, in two dimensions.

This idea aligns with Einstein’s theory of relativity, which describes black holes as three dimensional, simple, spherical, and smooth, as they appear in that famous image. In short, black holes “appear” as three dimensional, just like holograms. The study which demonstrates it, and which unites two discordant theories, has recently been published in Physical Review X.

The mystery of black holes

For scientists, black holes are a big question mark for many reasons. They are, for example, excellent representatives of the great difficulties of theoretical physics in putting together the principles of Einstein’s general theory of relativity with those of quantum physics when it comes to gravity.

The researchers say: “This revolutionary and somewhat counterintuitive principle proposes that the behavior of gravity in a given region of space can alternatively be described in terms of a different system, which lives only along the edge of that region and therefore in a one less dimension. And, more importantly, in this alternative description (called holographic) gravity does not appear explicitly. In other words, the holographic principle allows us to describe gravity using a language that does not contain gravity, thus avoiding friction with quantum mechanics”.

What Benini and Milan have done “is apply the theory of the holographic principle to black holes. In this way, their mysterious thermodynamic properties have become more understandable: focusing on predicting that these bodies have a great entropy and observing them in terms of quantum mechanics, you can describe them just like a hologram: they have two dimensions, in which gravity disappears, but they reproduce an object in three dimensions”.

From theory to observation

“This study,” explain the two scientists, “is only the first step towards a deeper understanding of these cosmic bodies and of the properties that characterise them when quantum mechanics crosses with general relativity. Everything is more important now at a time when observations in astrophysics are experiencing an incredible development. Just think of the observation of gravitational waves from the fusion of black holes result of the collaboration between LIGO and Virgo or, indeed, that of the black hole made by the Event Horizon Telescope that produced this extraordinary image. In the near future, we may be able to test our theoretical predictions regarding quantum gravity, such as those made in this study, by observation. And this, from a scientific point of view, would be something absolutely exceptional”.