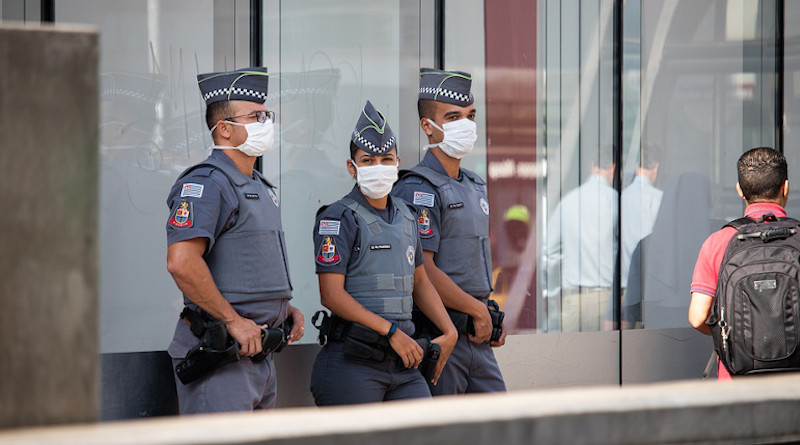 What does it mean to be stopped and checked by the police in the current COVID-19 context?

Police the world over have the right to stop citizens, to check their identities or to search them for illegal items. It is a controversial practice in some contexts, particularly the USA and UK, and is associated with discrimination and the targeting of minorities. In many other countries, it is scarcely remarked upon as a political issue.

In response to the current COVID-19 public health crisis, European states have introduced stricter measures to close workplaces, to limit the movement of people and to require or encourage social distancing. The ways in which these measures have been formulated and enforced vary from one country to the next and, in many cases, from one town to another. Throughout Europe, these practices have been controversial and have generated much debate questioning the legitimacy of the police checks in some public spaces.

The COST Action network Police Stops, which gathers experts and researchers from 29 countries, has been investigating police stop and check methods since its launch in 2018. The aim of the Action is to exchange and deepen the knowledge and understanding of police stops in Europe. It is gathering evidence on the legal powers officers have, the ways they use those powers and against whom. It is also interested in understanding the experience of those who are subject to stops. Does the experience undermine confidence in the police? What legal or political scrutiny is there of the practices?

Sofie de Kimpe, professor of criminology at the Vrije Universiteit Brussel (VUB), chairs the Action which is seeking to better understand these variations and their effects in this unprecedent pandemic context:

“What is most interesting about the pandemic is that more and more people, who previously would not have been subject to police attention, are being stopped by the police. It now concerns the white majority as much as minority youths. They are being asked to justify their journeys, to socially distance and to go home. It has given rise to a more widespread debate about the conduct of the police as they perform these stops than ever before,” says the Action Chair.

Members of the COST network led by Mike Rowe, Vice-Chair from the University of Liverpool, worked on the development of a research protocol to gather information from countries with very different legal traditions.

“We want to better understand the different ways in which police have responded to their new public health role. Has it raised questions about the legitimacy of the police, or has it been widely accepted? What might the longer-term consequences be for the relationship between citizens and the police?”

Building on the ongoing activities of the action’s four working groups on practice, experience, legitimacy, and the context of police stops, the network has developed an extensive questionnaire to explore key issues of concern, including:

The network will seek to highlight examples of practice to improve police guidance and training and to inform citizens and others of their rights. It will highlight deeper issues of concern about the practice of police stops beyond the pandemic in a way that will have longer-term benefits.