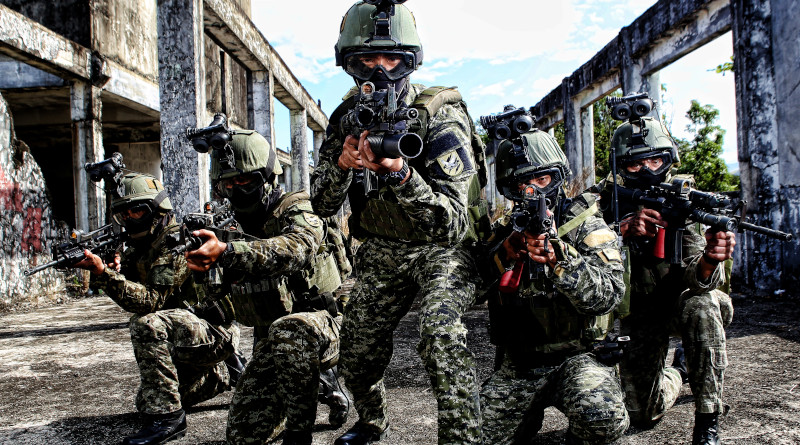 While still struggling in waging a war against the COVID-19 pandemic, the Philippine government intensifies its already protracted war against terrorism by decisively pushing for the adoption of a new anti-terrorism law.

On 3 June 2020, the Philippine House of Representatives approved the House Bill 6875 or the Anti-Terrorism Act of 2020, which is identical with the Senate Bill 1083 adopted in February 2020.   Both bills aim to repeal the 2007 Human Security Act (HSA) that is considered by Filipino lawmakers and law enforcement authorities to be obsolete in fighting the current threat of terrorism in the Philippines.

President Rodrigo Roa Duterte certified on 1 June 2020 the passage of the anti-terrorism bill as urgent emphasizing the “need to strengthen the law on anti-terrorism in order to inadequately and effectively contain the menace of terrorist acts for the preservation of national security and the promotion of general welfare.”

With the President’s certification of the passage of the bill, signing the anti-terrorism bill into a law is already a done deal or a mere formality.

The new anti-terrorism law has three very important provisions that amend the HSA. These three new provisions are deemed essential to strengthen the power of the Philippines’ anti-terrorism authorities in countering the persistent and evolving threat of terrorism in the country.  With a strong lobby from intelligence and security sectors involved in counterterrorism, majority of the lawmakers recognize that the HSA is no longer responsive and effective in fighting the current terrorist threat in the Philippines.

First, the new law removes the requirement of the HSA the payment of P500,000.00 per day to suspects for wrongful arrest. This requirement discourages Philippine law enforcement authorities to apply the HSA in their counterterrorism operations to avoid the penalty for the erroneous detention of terror suspects.    Critics denounce the removal of this requirement as they regard this as a safeguard against abuse and arbitrary arrest.

Second, the new anti-terrorism law extends the period of preventive detention from three days to 14 days, with a possibility of another 10-day extension upon approval of appropriate Philippine courts.    The main reason for the extension is the view from law enforcements that extracting actionable information from terror suspects in three days is utterly difficult if not impossible.  Extending the detention period to 14 days will allow more time for investigators to get valuable information from the terror suspect.   A longer detention period can also provide ample time to facilitate interrogation.   It can also incapacitate the suspected terrorist from wrecking havoc.  Most importantly, longer preventive detention can lawfully hold suspect when usual criminal charges cannot be filed for some technical considerations.

The 14-day period, in fact, is very short compared with the practice in neighboring Malaysia (with an indefinite preventive detention period) and with Indonesia (reaching almost one year of preventive detention).  The United States, though a democratic country, even holds and detains terrorist suspects indefinitely as the war on terror goes on.

Critics opposed the 14-day preventive detention period for violation not only of human rights but also of the Philippine Constitution, which only requires three days of detention during the suspension of the writ of habeas corpus.

But what is not stressed by critics is the requirement of the new anti-terrorism law to protect all the rights of suspects during detention including rights against torture. If law enforcement authorities or arresting officers are found violating the human rights of the suspect during detention, the said officers can be penalized up to 10 years of imprisonment. This penalty aims to deter law enforcement officers from committing human rights violations.

Third, the new anti-terrorism law authorizes counterterrorism units of the Philippine government to conduct a 60-day surveillance of suspected terrorist through the use of wire tapping technologies.    A 30-day extension for surveillance activities can be granted upon written approval of the Court of Appeal.

Like the HSA, the new anti-terrorism law requires the establishment of the Anti-Terrorism Council (ATC) chaired by the Executive Secretary.   Unlike the HSA, however, the new law strengthens and professionalizes the ATC by creating The Program Management Center (PMC) to serve as the main coordinating and program management arm of the ATC.  Under the new law, the National Intelligence Coordinating Agency (NICA) serves as the secretariat of the ATC.

Upon the authority of the ATC and recommendation of NICA, any organization, association, or group of persons, can be proscribed as terrorist organization for committing acts of terrorism identified by the new anti-terrorism law.  This means that persons associated with or belonging to (and even professing to belong to) proscribed organizations can be charged of terrorism.

Because of these new features, opposition leaders, cause-oriented groups, human rights organizations, and individual activists have expressed enormous worries that the new anti-terrorism law can lead to blatant violations of human rights.

As a country with bitter experiences of human rights violations under a fragile democracy in a still developing political system, there are indeed many valid reasons to be worried about. These reasons are coming from the track records of intelligence and security sectors in the Philippine in protecting human rights while dealing with the country’s existing international armed conflicts.

Though the new anti-terrorism law empowers the Commission of Human Rights in its implementation, without an accountable and responsible intelligence and security sectors, the new law can really be prone for human rights abuses.

It is therefore essential to transform the intelligence and security sectors in the Philippines to make them more responsible and accountable in implementing the new anti-terrorism law to allay fears of the public for possible abuse of human rights.

To overcome this negative perception, it is imperative to reform the intelligence sector to make it more responsible and accountable.   In 2004, in the midst of the global war on terror, the United States enacted into law the Intelligence Reform and Terrorism Prevention Act.  The Philippines can learn lessons from this measure.

But most importantly, intelligence reforms in the Philippines must strengthen the legal and institutional systems that empower civilian oversight and control.   Without a strong civilian oversight, any anti-terrorism laws anywhere in the world will be prone to abuse.

The new anti-terrorism law has a very important provision requiring the Philippine government to implement a program on countering and preventing violent extremism (CPVE).    This provision is not found in the HSA.   The provision states that the CPVE shall address the conditions conducive to the spread of terrorism, which include among others the following:

If the Philippine government will prioritize CPVE in the implementation of the anti-terrorism law while pursuing intelligence reforms and security sector transformations, this law will not scare the public.  The government will even get the needed public approval and support in order to fight terrorism in the Philippines with justice.

*About the author: The author is the Chairman of the Philippine Institute for Peace, Violence and Terrorism Research (www.pipvtr.org) and a Professorial Lecturer at the Department of International Studies, Miriam College, the Philippines. He is also the President of the Philippine Society for Intelligence and Security Studies (PSISS. See https://pipvtr.org/philippine-society-for-intelligence-and-security-studies-psiss/).