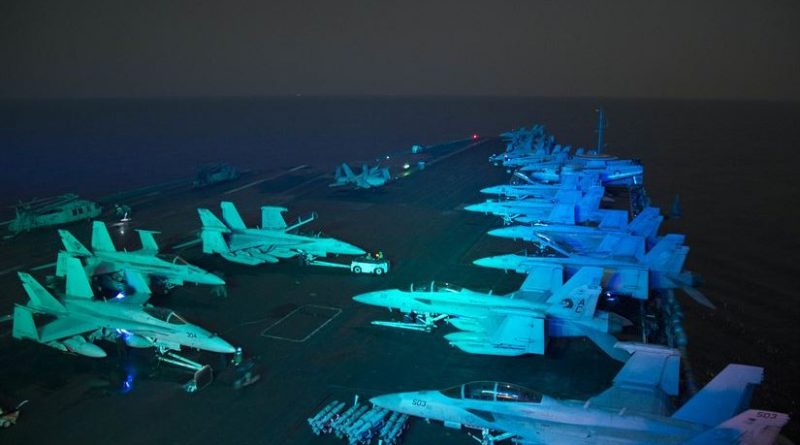 The United States caused a diplomatic row after reports emerged that Washington plans to withhold $2 million-worth of funding to the United Nations Counterterrorism Office (UNCO) in protest over security arrangements at a recent two-day UNCO conference. The move is not merely the latest one in a series of American policy-decisions threatening the stability of the UN system. Worse, it is also detrimental to global anti-terror cooperation.

Following in the wake of both Washington’s shock withdrawal from the UN Human Rights Council and a dramatic reduction in its funding for the UN’s Palestinian aid agency earlier this year, it is yet another clear departure from the politics of multilateralism and cooperation of the Obama era. On top of that, however, it signals another radical break with the past – the US is slowly edging away from a foreign policy that for the longest time had focused on the “War on Terror” (WoT).

America’s move seems contradictory, given Trump’s pre-election boisterous commitment to fighting international terrorism. As early as 2015, Trump was accusing President Obama and other politicians of “losing the war on terrorism”, while simultaneously promising to “quickly and decisively bomb the hell out of ISIS” as soon as he became commander-in-chief of the armed forces. In 2017, US Air Force figures revealed that coalition forces released “more than 5,075 weapons, the most of any month in the three-year campaign to defeat ISIS.”

Yet the tide is now turning and the coming reorientation chimes with a growing cohort within the US foreign policy establishment who have long advocated for a less terrorism-focused foreign policy. The main argument for the shift was money and the lack of a comprehensive strategy: too many financial resources have been spent on pursuing an international military counterterrorism strategy without the diplomatic engagement necessary to build grassroots support on social and political reform in war-torn regions.

With Trump’s decision to hamstring UNCO, this section of the foreign policy elite seems to have gotten their way. But it is also worth noting that the stab at UNCO falls clearly in line with Trump’s determination to downplay diplomacy and political engagement. However, the timing – and symbolism – of this could hardly be any less ideal. After all, it is a major concern for America’s partners in the anti-terror campaign.

One danger is that some of Washington’s most important allies in the Middle East, namely the Gulf states, may consider Tump’s hard-headed approach an affront to their previous counter-terrorism efforts. Under Obama, the US was able to broadly increase anti-terror cooperation with partners in the region. Now, Trump has signalled that such arrangements may be subject to a downgrade.

Indeed, the Gulf states’ help in the WoT has been essential, particularly since the terrorist attacks of September 11, 2001, when the US led a new drive to sign partnership agreements with Saudi Arabia, Bahrain and other allies in the region – both to ensure the safety of US citizens worldwide and interdict movements of terrorist groups.

It’s a strategy that has paid off from a policy standpoint. After all, the Arab Gulf states are best placed to combat radicalization as well as emerging violent groups, and Washington has traditionally sought to repay their efforts for the common cause with goodwill and better trade conditions. But now, with the US withdrawing from its formerly central role in this fight, these states should strive to continue their engagement to sustain the positive momentum from the Obama years in fighting terrorism.

That is important, because US-Arab cooperation has produced a number of achievements worth celebrating. Qatar, for instance, has become a central player in joint anti-terror efforts in the region, with both the Department of Defense and the Department of State regarding it as a key ally. Together, Washington and Doha have initiated the Anti-Terrorism Assistance training program to enhance various counterterrorism skills, such as protection of soft targets. The country is also host to the largest contingent of US troops in the region and has announced its intention to expand Al Udeid Air Base to support US operations around the Middle East.

Yet cooperation has expanded beyond bilateral agreements, as multilateral platforms have been established to formalize coordination. Along with various countries including the US, Japan, Germany and France, Qatar and Saudi Arabia co-founded the Global Counterterrorism Forum in 2011. Designed to exchange good practices on anti-terrorist activities, the GCT has become a major hub for policy coordination between the Gulf and Western allies. At a time when the IS threat is increasingly moving from the Middle East to Europe, a fact that Qatar’s Emir will be discussing during a visit to France on 6 July, such platforms will be increasing in importance in the future.

All this demonstrates that the region has been highly engaged in working together with the international community, but in the Gulf’s complex geopolitical environment, not all efforts are equally effective, and setbacks have to be expected. The Saudi Arabia, Bahrain and the UAE-led blockade against Qatar is a prime example. While the UAE has acknowledged the need for coordinated international responses, its attempts to escalate the crisis have been a major obstacle in standardizing counter-terrorism approaches across the Gulf. And although Trump has attempted to defuse the conflict by publicly vouching for Qatar, the intra-Arab rift is likely continuing to be a policy thorn in the foreseeable future.

Nevertheless, the great strides in cooperation made over almost two decades show that the Gulf states can – and must – continue to play a prominent role in alleviating the terrorist threat. Even if Trump is openly backtracking on global cooperative efforts, Washington would be wise to actively continue to support their efforts and signal that their engagement is appreciated. However, this also implies that states like Saudi Arabia, Qatar and the UAE must carry forward the positive momentum. After all, the Gulf and US are pursuing the same goals in this respect and mutual support is the only way to defeat the spectre of international terrorism.