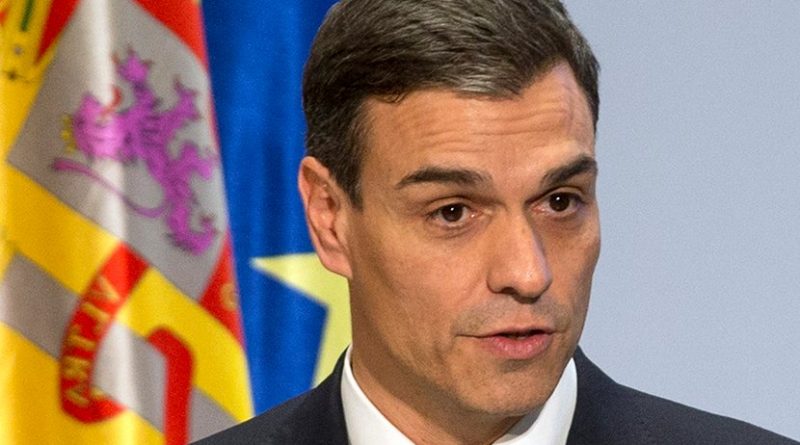 Spain’s Acting Prime Minister Pedro Sánchez declared that Spain will continue moving forwards in the fight against discrimination on grounds of sexual orientation or gender identity despite attempts by intolerant groups to take backward steps in this field. Pedro Sánchez reiterated the government’s commitment to ensure that equality is real at an event entitled ‘Proud of our diversity’ held at Moncloa Palace with representatives of LGTBI groups on the occasion of Pride Week.

In his speech, Pedro Sánchez argued that this progress will be possible thanks to the demanding and mobilising nature of LGTBI organisations and to the rejection of discrimination by society as a whole, “which will never again stand on the side of those who do harm”. And he wielded a third argument, “The government will stand firm, we will not allow attacks, threats or attempts at intimidation to be taken against them”.

“We fight for equality because we want to be entitled to be different”, said Pedro Sánchez, who reviewed the measures adopted by the government in this field, such as the declaration of 28 June, LGTBI National Pride Day, the recovery of access to assisted reproduction treatment by lesbians and the abolition of HIV as a cause for general exclusion to access to certain public jobs. Pedro Sánchez advocated continuing to make progress at a regulatory level and through public policies that particularly cater for transsexuals and young LGTBI people that suffer from a situation of particular vulnerability.

Pedro Sánchez highlighted the legacy of those who are elderly today, as stated in the slogan of the Pride March to be held in Madrid this weekend. “They are the ones that remember everything; they remember the assaults, the offensive behaviour, the fear, the public humiliation and the pain caused to so many people whose only crime was that of being different”. As well as highlighting the work of those such as Armand de Fluvià and Empar Pineda “to pave the way” and of those who followed their lead, the Acting President of the Government recalled the “endless number of anonymous people” who created a more dignified country by demonstrating in the streets, giving visibility to the issue and telling their story.

This year is the 50th anniversary of the Stonewall riots, which marked the start of the fight for the civil rights of gays, lesbians and transsexuals, he said, “and in Spain we had our own ‘Stonewalls’ in Maspalomas, in Torremolinos and in Barcelona”. Pedro Sánchez advocated developing more policies to protect the elderly and to recover the memory of those who were persecuted, something which will never happen again, he stressed. “Spain has decided, over and over again, to be an open, diverse and tolerant country. It has decided that the fanatics and those who are intransigent do not have enough representation to bring into question rights conquered with so much effort”, underlined Pedro Sánchez.