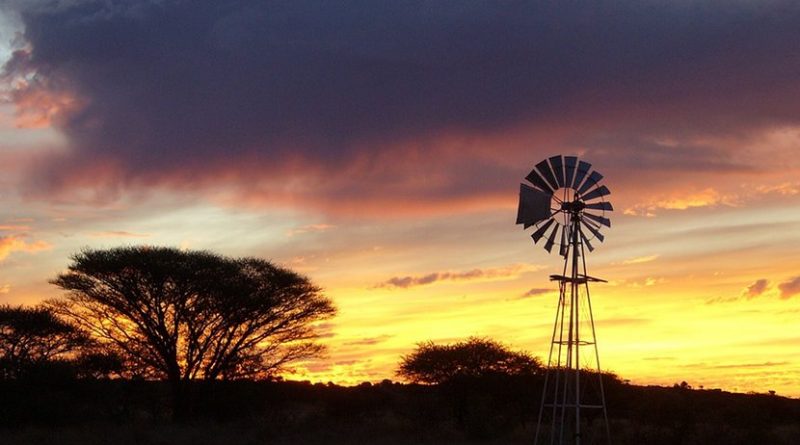 After years of supporting a market-led land reform programme and not heeding criticisms of this policy, the African National Congress (ANC) leadership has adopted a radical policy of land expropriation without compensation, which would make it legal and within the constitutional bounds for the state to expropriate land in the public interest without compensation.

This radical thesis was adopted in the ANC’s 54th National Conference in December 2017 and subsequently most vehemently motioned in the National Assembly by the opposition party, the Economic Freedom Fighters (EFF). The motion was passed with 241 parliamentarians in favour and 83 against the motion. Slight amendments were made by the ANC mainly that it should be the task of Parliament’s Constitutional Review Committee to review the property clause under Section 25 of the constitution and this committee would have until 30 August 2018 to complete this work.

Unfortunately, the motion in itself is indefinable, unclear on a way forward and in the absence of details opportunism has captured the debate reducing it to popular slogans that tug at the hearts of people who have been struggling for space to reproduce life and those who have eyed land reform as key site for historical justice.

The story of land dispossession in South Africa, as argued by Hendricks, Ntsebeza and Helliker can neither be understood nor resolved without addressing race, in so far as blackness still coincides and socially denotes poverty and is linked to an identity of landlessness and dispossession as opposed to an identity of property and wealth held by whites. The history of land dispossession itself dates back to the expansion of the Dutch colonial settlement in the Cape in 1652 through the Dutch East India Company with Jan Van Riebeeck at its helm. The imposition of early settler colonial rule was marked by Dutch land occupation and fierce resistance waged by the indigenous inhabitants of the Cape area, the Khoi San.

The archives show that by the turn of the 20th century, most of the land that African people fought to maintain had been conquered through violent means and the later decades merely describe the consolidation of colonial rule through draconian legislation intended to bar all Africans from owning vast tracts of land in South Africa and thus delineating them to limited territorial space. An important legislative consolidation and structural turning point in the dispossession of land is the 1913 the Natives Land Act, which limited African land ownership to seven percent, though this would be subsequently increased to 13 percent. The Act took away from masses of African people an independent means of subsistence and consolidated the eventual conquering of African people’s ability to access independent means of subsistence. As a result, many were left with little choice but to sell their labour in mining reserves. Thereafter, South Africa was inundated with laws that would solidify the forcible removal of people from their homes and the distortion of political, cultural and family life.

Professor Lungisile Ntsebeza notes that active strategies and tactics were employed to discourage the rise of the class of Black farmers that had been emerging in the 19th century and intensive support was extended to white farmers to bolster and cement their dominance in commercial agricultural production. Through the Afrikaaner nationalist government’s provision of state subsidiaries, favourable credit facilities, grants, transport concessions, tax relief, disaster management and the availability of cheap black labour, perpetuated skewed racial patterns of land ownership in line with one of the government’s thesis of economic accumulation and domination.

Activist scholars in South Africa have argued that it may be useful to understand the current outcries around land reform from this historical perspective, notwithstanding the limitations of a constitution and state borne out of a political compromise.  It may be useful to employ this context despite failures of the ruling party in properly executing its own land reform policy and their striking inability and refusal to resolve the control that traditional authorities have over communal land in rural areas, often to the detriment of women trying to acquire land.

Tshintsha Amakhaya [a civil society organisation that supports local struggles for land rights and agrarian change] co-ordinator and activist Sithandiwe Yeni writes “people want land reform that will enable equitable access to productive land and necessary post-settlement support that takes into consideration different scales and forms of agriculture while ensuring security of tenure – not a mere transfer of land to the politically connected people.” Anchoring the outcries for equitable access to land is the claim for historical justice, mainly rooted in the political expressions of Black people who feel and believe that the 1994 democratic transition ushered in political emancipation at the expense of economic liberation and therefore favouring elites.

Some proponents of this view’s entry point move from the premise that the constitution, as a by-product of a negotiated settlement, exists as a political instrument for people to use in order to wage socio-economic struggles. Put differently, the burden of asserting rights that affirm one’s humanity is placed on the oppressed and marginalised. South Africa’s jurisprudence around property rights and the constitution’s framework is understood as leaning towards a market friendly approach as evidenced by its entrenchment of the right to private property, which favours existing property owners who are historically white elites. Therefore, under the political legal framing any struggle advocating for a radical shift in property rights as a pathway to economic emancipation and historical justice have to contest against the grain of a constitutional order configured towards the protection of private ownership of contested spatial realities.

Land reform has triggered and anchored many contestations about growing gaps of inequality between the rich and poor and continued racially skewed patterns of land ownership and agricultural production. The demand for land to be returned to those who were dispossessed through colonial violence, has meant giving back to people their country so they might begin to resemble their material, symbolic and spiritual relationship to land and practice basic independent substance.

The support for the motion of expropriation without compensation has been argued from both legal and political perspectives, although it would be farcical to conceive of these separately. Activist scholars argue that the constitution’s property clause read together with the limitations of rights clause makes expropriation an extremely burdensome and litigious option. Essentially, the constitution is understood to entitle existing landowners to defend their private property against government. In line with EFF leader Julius Malema’s parliament address in favour for the motion “the time for reconciliation is over. It is now time for justice. We don’t seek revenge. We don’t wish for their suffering. We are saying let us close this once and for all. Pay no one for land acquired illegally.” On the contrary, many others argue that the current framing of the constitution has not been fully exhausted and the possibilities for expropriation within the context of law have not been fully reckoned with.

Nonetheless, the motion has been captured by populist rhetoric of the political elites, mainly instigated by the EFF who are waging for a stronger electoral outcome in the 2019 national elections and most strikingly a moment for the ANC to consolidate its electoral base that has weakened considerably under Jacob Zuma’s era. Opposing views have been bought forward by Democratic Alliance opposition party’s member of parliament Ken Robertson and others who argue that the motion will inevitably undermine property rights enshrined in the constitution. The political terrain has also been inflamed by statements from mostly right-wing representatives of the white minority bloc who have seized this moment, as an opportunity to cease power and instil racial fear. Amongst those against the motion are people who perceive this political move as signalling economic instability and the ousting of white people from South Africa.

Echoing Sithandiwe Yeni’s position any justiciable and democratic resolution to this historical question must involve farmworkers, working class and rural South Africa who have been waging struggles through social movements, co-operatives and other organisational formations for land rights. At this current juncture, they have not been consulted on a way forward and if land reform is genuinely understood as a mechanism for restorative and historical justice, the resolutions must come from those people who have borne the brunt of the rainbow nation and whose outcries and demands have been met with disinterest, neglect, intimating and violence.

The key question of concern is whether the motion will entrench existing inequalities in land or whether it opens up possibilities for this to be dealt with. Our current situation demonstrates how the legal and the political [dimensions] are intertwined and also reveals the limits of a purely legalistic emphasis and approach to reform. Ultimately, the balance of political forces, specifically mass democratic grassroots movements with an orientation that understands struggles around education, water, sanitation and housing as issues linked to land reform and historical justice are our best bet towards a more just interpretation, resolution of this motion and way forward.

At this current juncture, those who have borne the brunt of inequitable access to land and those who have had to fight for space in cities are more discerning and less prepared to yet again be the sacrificial lambs at the hands of the political elites who are looking to make strides at the 2019 national electoral ballot.

*Nombuso Mathibela was involved in the student movement in South Africa and she is currently at Open Secrets. She is also a member of a publication collective, Pathways to Free Education.