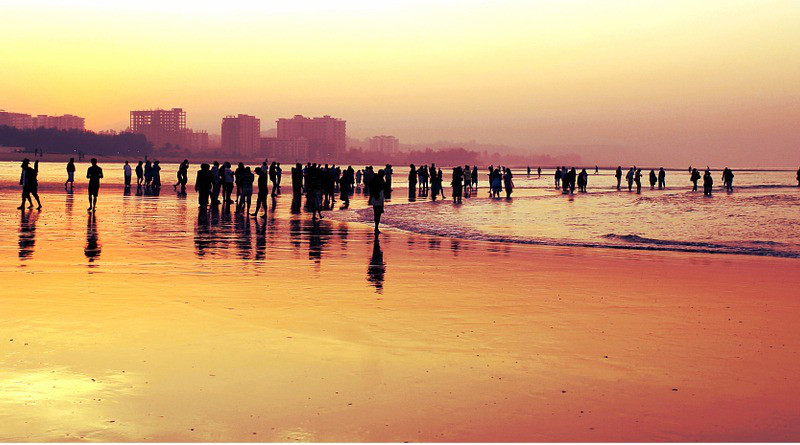 New rules of engagement on the battlefield will require a deep understanding of networks and how they operate according to new Army research. Researchers confirmed a theory that find that networks of no more than 150 are optimal for efficient information exchange.

“This is the beginning of a new way to address competition and conflict in today’s complex world,” said Dr. Bruce West, senior scientist, Army Research Office, an element of the U.S. Army Combat Capabilities Development Command’s Army Research Laboratory. “To increase the utility of the Army’s evolving network structures in terms of robustness, resilience, adaptability and efficiency, requires a deeper understanding of how networks actually function, both ours and those of our adversary.”

Researchers at ARO and the University of North Texas tested a theory proposed by British anthropologist Robin Dunbar in the 1990s, which suggested that 150 was the largest group that humans can maintain stable social relations. In the vicinity of this size the social group becomes unstable and splinters into smaller groups.

“It takes a network to defeat a network,” wrote retired Army Gen. Stanley McChrystal, in his book Team of Teams. He discusses understanding the implications of the theory, abstracting from battlefield experiences in Iraq battling the loosely networked but effective terrorist organization Al Qaeda.

Researchers published their findings in the peer-reviewed Proceedings of the National Academy of Sciences of the United States of America. In their study, they prove Dunbar’s conjecture, demonstrating that certain sized network has better information transport properties than others, and that networks of no more than 150 are optimal for internally sharing information.

“A fundamental property of a network is the relation between its functionality and size, which is why understanding the source of the Dunbar Number is important,” said West, a co-author of the paper.

The researchers propose that the number 150 arises as a consequence of internal dynamics of a complex network self-organizing within a social system.

Based on that theory, the researchers also indicated that a peaceful demonstration can be turned into a mob by just a few agitators, with the size of 150 being the most vulnerable to such disruption.

“The 150 optimum has been observed by Dunbar and others, but Dr. West and colleagues are the first to computationally capture the theorized process of information dynamics, which are fundamental to problem-solving, development of group factions, and formation of cohesive groups,” said Dr. Lisa Troyer, who manages ARO’s social and behavioral sciences research program. “This is an important leap forward by for social science theory and will likely lead to further research and insights on collective action.”

Dunbar predicted that social groups have optimal sizes. He referred to these group sizes as nested layering and that they have a scaling ratio of approximately three. Consequently, he identified the sequence of sizes of cognitively efficient social groups 5, 15, 50, 150 and 500, explaining that these layers were not equal in terms of strength of relationships.

“The layering sequence is interesting because each number in the sequence is within a factor of two of the empirical magnitudes of entity sizes in the U.S. Army, ranging from a squad of roughly 15 to a platoon of approximately three times the squad size, next to a company consisting of three platoons and followed by a brigade the size of roughly three companies and so on,” West said. “This is the intuition on which armies have been hierarchically constructed by military leaders since the Roman Empire.”

According to West, understanding how information flows within, is analyzed by, and is accepted or rejected from groups of various sizes is crucial in the training of teams. He said that this is not only true in the development of a single team, but is just as important for the training of teams to work together, to form teams-of-teams.

“The size of a team may be the determining factor in the potential success of a complex mission that depends on adaptability and collective problem solving,” West said. “The same understanding can be applied to the reverse process, that of insinuating disinformation within an adversarial group. The size of the group may at times be more important than the form the lie takes for its acceptance and immediate transmission, witness the recent riots.”