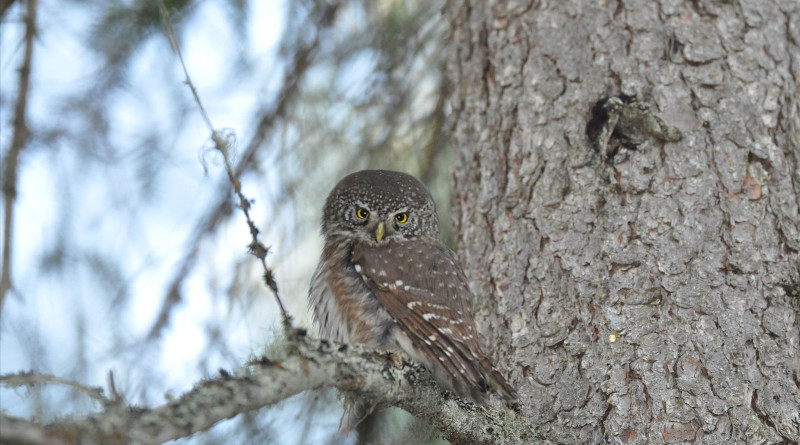 Ecologists at the University of Turku, Finland, have discovered that the food hoards pygmy owls collect in nest-boxes (“freezers”) for winter rot due to high precipitation caused by heavy autumn rains and if the hoarding has been initiated early in the autumn. The results of the study show that climate change may impair predators’ foraging and thus decrease local overwinter survival. The study has been published in the internationally esteemed Global Change Biology journal.

Doctoral Candidate Giulia Masoero together with co-authors from the Department of Biology at the University of Turku analysed the unique long-term data set collected by Professor Erkki Korpimäki and his research group in 2003–2018. The aim was to study how the changing weather conditions in late autumn and winter affect the initiation of pygmy owls’ food hoarding as well as the accumulation, use and preservability of the hoarded food. The data set was collected from the Kauhava region in South Bothnia with over 500 food hoards and a research area covering 1,000 square kilometres.

Pygmy owls are small predators that feed on small mammals, especially voles which are their main prey, and birds. Pygmy owls start hoarding for winter usually in late October when the temperature drops below 0° C. They hoard a large amount of prey in tree cavities or nest boxes.

The food stores may be located in multiple nest boxes some kilometres apart. Female owls that are larger than males as well as young owls accumulate larger food stores than males and adult owls.

According to Erkki Korpimäki, the hoarded food is important for pygmy owls during winter, when small mammal prey are under snow and birds are scarce.

“This hoarding behaviour is highly susceptible to global warming because the weather during autumn and winter can affect the condition and usability of the food stores. In several northern areas, autumns have already become warmer and winters milder and rainy. Predictions show that climate change will likely continue along this path and the length of winter will strongly decrease,” Korpimäki said.

“This result indicates that either the use of the rotten low-quality food and/or the energy waste linked with collecting a large food store that will not be used can lead to lower survival or dispersal from the study area,” said Doctoral Candidate Giulia Masoero.

Pygmy owls might be partly able to adapt to climate change by delaying food hoarding but will more likely suffer due to the changes caused by the warming climate.

The results of the study together with global climate predictions thus suggest that climate change has the potential to strongly impair the foraging behaviour and food intake of wintering predators, likely having negative impacts on the boreal forest food web as a whole.