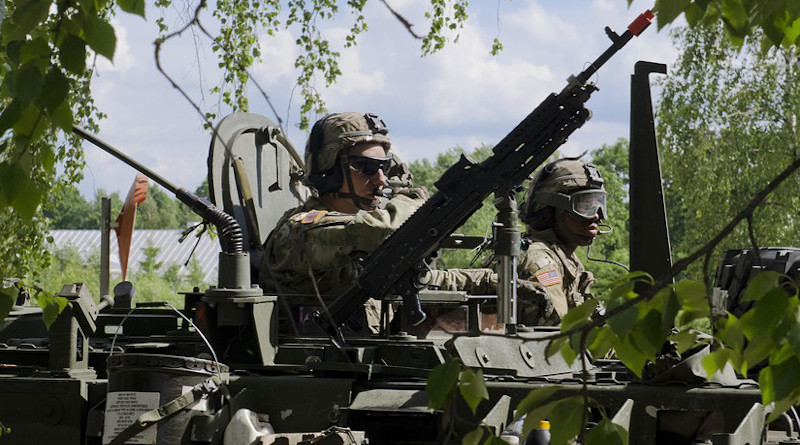 On July 30, Lithuanian Defence Minister Raimundas Karoblis said that the USA will deploy a battalion of troops to Lithuania this autumn for a rotation of more than half a year.

The defence minister’s comment came shortly after U.S. Defense Secretary Mark Esper said, “there are opportunities” to send additional American forces to Poland and the Baltic States as the United States is slashing its military presence in Germany.

Karoblis additionally highlighted that Lithuania had to invest in its infrastructure to be able to host American troops.

Unfortunately these are not empty words. As we know Lithuania has been trying to create the most comfortable conditions for the deployment of an expanded American contingent on its territory (Pabradė, Mumaičiai, Šiauliai).

By implementing these infrastructure projects, Vilnius spends money not only from the NATO Support and Procurement Agency (NSPA), but actually from its own military budget. The money spent on modernization of the military infrastructure is a major part of the Lithuanian military expenditures (1,017 mln euros).

According to the Lithuanian Defense Ministry plans, three new barracks will be built on the grounds of the Pabradė military training area for allied troops. Three-storied barracks will accommodate around 1,000 soldiers, with plans to put in place new sports and leisure infrastructure.

The construction of new barracks will create the necessary conditions for the deployment of American troops not only on a rotational, but also on a permanent basis.

A new Pabradė-Pažeimenė railway line, which was completed in May, will facilitate the swift redeployment of military and other equipment of the U.S. Army.

All these facts lead to the conclusion that the Pabradė military training area is gradually becoming a well-organized American military base in Lithuania.