Shell said Wednesday that it will go ahead with the first carbon capture and storage (CCS) project for an oil sands operation in Canada. The Quest project will be built on behalf of the Athabasca Oil Sands Project joint venture owners (Shell, Chevron and Marathon Oil*) and with support from the Governments of Canada and Alberta.

CCS is critical to meeting the huge projected increase in global energy demand while reducing carbon dioxide (CO2) emissions, explained Peter Voser, Chief Executive Officer of Royal Dutch Shell plc. “If you want to achieve climate change goals, CCS has to be part of the solution. We are helping to advance CCS technology on a number of fronts around the world, but Quest will be our flagship project.” 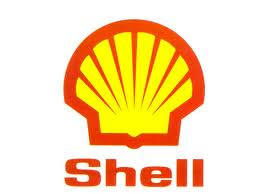 Alberta’s oil sands are a secure, reliable source of energy and an economic engine which drives employment, training and business development across Canada and beyond. “We will need all sources of energy to meet world demand in the coming decades,” Voser noted. “Lower CO2 energy sources will grow, but even by 2050 at least 65 per cent of our energy will still come from fossil fuels. So CCS will be important to manage climate impacts.”

The Athabasca Oil Sands project produces bitumen, which is piped to Shell’s Scotford Upgrader near Edmonton, Alberta. From late 2015, Quest will capture and store deep underground more than one million tonnes a year of CO2 produced in bitumen processing. Quest will reduce direct emissions from the Scotford Upgrader by up to 35 per cent – the equivalent of taking 175,000 North American cars off the road annually.

“Quest is another example of how we are using technology and innovation to improve the environmental performance of our oil sands operations,” said Shell Executive Vice President of Heavy Oil, John Abbott. “The opportunity Quest provides to reduce emissions from our upgrading activities is an important achievement in itself, but the project’s technical and strategic value reaches beyond the emissions it will capture.”

“Quest is important because it is a fully integrated project that will demonstrate existing capture, transportation, injection and storage technologies working together for the safe and permanent storage of CO2. The knowledge it provides will help to enable much wider and more cost-effective application of CCS through the energy industry and other sectors in years to come.”

Both the Canadian federal and Albertan provincial governments have identified CCS as an important technology in their strategies to reduce CO2 emissions. The Alberta government will invest $745 million in Quest from a $2-billion fund to support CCS, while the Government of Canada will invest $120 million through its Clean Energy Fund.

“We will continue to invest in innovative clean energy technologies such as the Shell Quest project to help support high-quality jobs and responsible development of Canada’s energy resources,” said the Honourable Joe Oliver, Minister of Natural Resources. “Carbon capture and storage has the potential to help us balance our need for energy with our need to protect the environment.”

“Today’s announcement reaffirms Alberta’s position as a global leader in carbon capture and storage,” said Energy Minister Ken Hughes. “Technologies like CCS will play an instrumental role in helping to lower greenhouse gas intensity from the oil sands and demonstrate to the world Alberta’s commitment to responsible energy development.”

The International Energy Agency (IEA) calls CCS “a crucial part of worldwide efforts to limit global warming” and estimates that it could deliver about one-fifth of necessary worldwide reductions in greenhouse gases by 2050. Shell is also working with governments and experts to help the development of CCS in other countries, including projects in Norway and Australia.

Quest is the world’s first commercial-scale CCS project to tackle carbon emissions in the oil sands, and the first CCS project in which Shell will hold majority ownership and act as designer, builder and operator. It will also form the core of Shell’s CCS research programme and help develop Shell’s CO2 capture technology.

Shell has received the necessary federal and provincial regulatory approvals for Quest. Construction has begun and will employ an average of about 400 skilled trades workers over roughly 30 months, peaking at about 700.