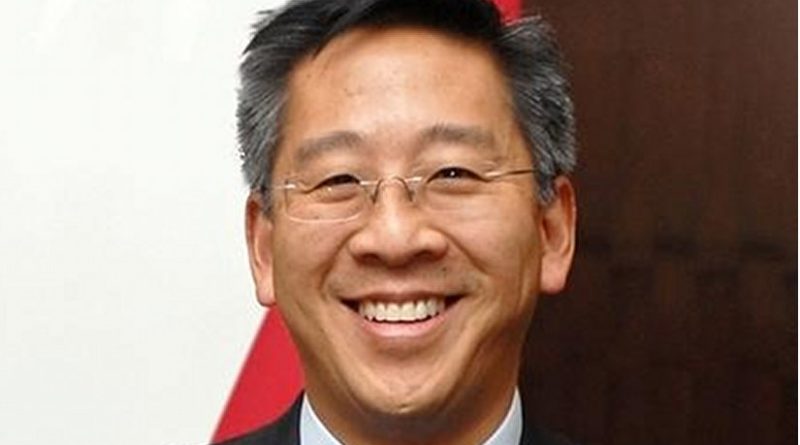 Public Diplomacy is becoming a predominating phenomenon in contemporary global diplomacy. At the national level public diplomacy was established and developed in a democratic system. On International levels public diplomacy relies upon and is further developed by the representatives of democratic peace theory, who are present in the western geopolitical regions and their allies.

For the first time “public diplomacy” was used by “The Times” newspaper at the end of the XIX Century. In the end of the First World War, US President Woodrow Wilson revealed his foreign policy doctrine which aimed to be open and transparent to the public abroad. Foreign Policy, diplomacy, negotiations and any other international legal act or agreement were made available to the public. With such a new dimension diplomacy was also opened up while leaving behind the conspiracy diplomacy and its consequences in the fates of nations and to all humanity.

In our times public diplomacy has flourished in its best way possible in the United States of America. Theoretically the Fletcher School of Law and Diplomacy at Tufts University and the Centre for Public Diplomacy have clearly defined its definition, have embraced a staunch development of the theories and methods of public diplomacy. Meanwhile since the 1940s of the XX century there has been created the Committee of Public Diplomacy in Washington, D.C. which is a bipartisan body, and its members very often have been critical to the US Foreign Policy.

Starting with the treaty of Paris (1951) public diplomacy even earned a significant space on the conservative Europe. European Union selected the US model in order to further establish the same pragmatism while creating a culture of political – diplomatic communications with European citizens and with all humanity. At its substance, public diplomacy is the communication of diplomatic institutions and their respective diplomats with the international public opinion while carrying the objective to accomplish the foreign policy interests of the nation or organization that they represent, while pressuring public opinion, which is a fundamental component that constantly employs its ideas, needs and desires in order to influence the architects of policies.

How is it made possible? 1. By using public diplomacy, public communications, Ambassador Lu has raised awareness of Albanian public in order to unify the priorities of Albanian politics with the main agenda and interests of the general public. The legislative reform of decriminalizing politics, judicial reform, electoral reform and the changes in the media behaviour are highly attributed to the public role of Ambassador Donald Lu. 2. While using public diplomacy and its influence on the architecture of Albanian politics, Donald Lu has mobilized, more than any other diplomat before him, the most important Albanian political actors in order to bring a solution with consensus and compromise to all pending items. This factor has weakened the political confrontations, adversity and polarity in the scenes of Albanian politics. 3. While using public diplomacy, Donald Lu has engaged the non-governmental actors in Albania, political parties, NGOs, educational institutions, associations, communications media, entrepreneurs, editorialists, political analysts and individuals with a public influence. He has created a supportive and inspirational terrain for the middle class in Albania, which has unfortunately been marginalized during its period of democracy in transition. 4. As he is effectively using public diplomacy and government and non government actors, Donald Lu is promoting the U.S. values and interests, he is generating them on the Albanian society, while contributing towards the formation, public information, and their guaranteed respect by all Albanian citizens including the other government and non government actors.

With this Ambassador Donald Lu is making a great contribution towards the expansion, strengthening and enrichment of the bilateral US-Albanian ties, not only in the government to government relations, but above all strengthening the relations among our people. This makes a genuine friendship among our two nations and peoples. 5. In order to make his communication more attractive, approachable, more human, and tangential and more respected by Albania’s public opinion, Ambassador Lu prefers to talk to Albanians in their own tongue, Albanian. The use of Albanian language makes the communication of US Ambassador Donald Lu, a distinguished diplomat, become a strong bridge that firmly connects our two nations and people from South East Europe across the Atlantic. This is the power of a great diplomat who knows how to maintain his role through public diplomacy.

Our diplomatic institutions and Albanian diplomats can learn from Donald Lu a plethora of valuable skill required for a successful public diplomacy agenda. Donald Lu is truly a master of this diplomacy.

*Prof. Dr. Lisen Bashkurti is the President of Albanian Diplomatic Academy in Albania. Prof. Dr. Bashkurti has been a Chancellor in a number of Universities in the Balkan Peninsula. He is also the Global Vice President of Sun Moon University in South Korea. As a distinguished scholar of international relations he has received many international awards including: A “Gold Medal” for his research on US-Albanian Partnership,” “Four Silver Medals” for his great contribution during his service as Albania’s Ambassador to Hungary (1992-1993); appointed as “Peace Ambassador” from the International Peace Foundation, United Nations (2009). He is the author of more than 18 books that cover a range of issues including: International Affairs, Negotiations and Conflict Resolution, International Diplomacy, Multilateral Diplomacy and Diplomatic History. He is an honorary professor in many prestigious European Universities and an honorary fellow to a number of prominent International Institutions.