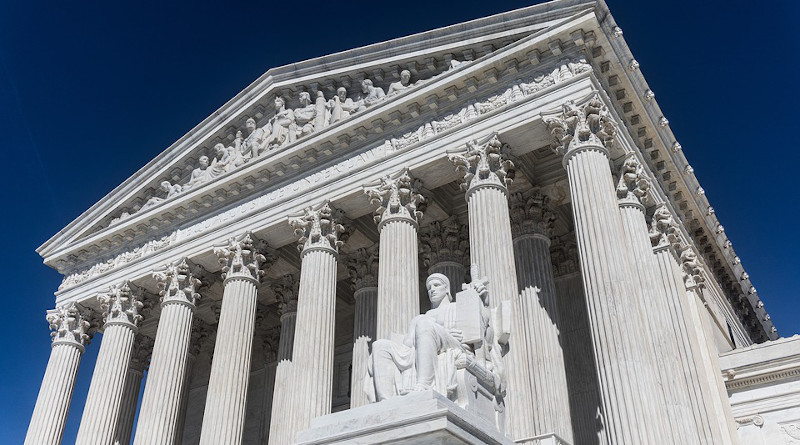 In essence, the CDC criminalized landlords pursuing the eviction process in state courts.

The CDC relied on the following statute in imposing the moratorium:

The Surgeon General, with the approval of the [Secretary of Health and Human Services], is authorized to make and enforce such regulations as in his judgment are necessary to prevent the introduction, transmission, or spread of communicable diseases from foreign countries into the States or possessions, or from one State or possession into any other State or possession. For purposes of carrying out and enforcing such regulations, the Surgeon General may provide for such inspection, fumigation, disinfection, sanitation, pest extermination, destruction of animals or articles found to be so infected or contaminated as to be sources of dangerous infection to human beings, and other measures, as in his judgment may be necessary.

In defending the CDC’s actions, the Biden Administration argued that the CDC reasonably concluded that evictions could result in the spread of COVID-19 if evicted renters move in with friends or family or into transitional housing situations. The Government also claimed that evicted individuals often become homeless and that homelessness contributes to COVID-19’s spread because folks living on the streets have inadequate access to hygiene, sanitation facilities, and health care. Finally, the Government argued that 15 percent of the moves caused would be interstate and such travel could cause spread of the disease.

In rejecting the Government’s argument, the Court read the statute as one unit and pointed out that the first sentence containing broad language is modified by the remainder of the statute illustrating the types of measures that might be necessary: inspection, fumigation, disinfection, sanitation, pest extermination, etc. “These measures,” observed the Court, “directly relate to preventing the interstate spread of disease by identifying, isolating, and destroying the disease itself. The CDC’s moratorium, on the other hand, relates to interstate infection far more indirectly: If evictions occur, some subset of tenants might move from one State to another, and some subset of that group might do so while infected with COVID–19.”

The Court rightly worried that “the Government’s read of [the statute] would give the CDC a breathtaking amount of authority. It is hard to see what measures this interpretation would place outside the CDC’s reach.”

In scolding the CDC, the Court averred that because the statute did not support such a broad use of power, it was up to Congress to act if it wanted a moratorium on evictions. Granted, the Court typically should not go any further in an opinion than the matter before it. In this case, the scope of the statute relied upon by the CDC. However, any intimation that Congress has the constitutional power to interfere in the relationship between landlords and tenants is balderdash.

Congress must point to an enumerated power before it can act. Likely, it would turn to the Commerce Clause. Under this clause, Congress may “regulate Commerce with foreign Nations, and among the several States, and with the Indian Tribes.” At the time of the Founding, commerce had a narrow and reasonable definition. For instance, Samuel Johnson’s Dictionary of the English Language (3d ed., 1765), defined commerce as “intercourse, exchange of one thing for another, interchange of anything; trade; traffick.” In his famed Commentaries on the Constitution (1833), Justice Joseph Story–a committed nationalist–viewed commerce as trade and gave examples of areas beyond congressional commerce regulations: “[a]griculture, colonies, capital, machinery, the wages of labour, the profits of stock, the rents of land, the punctual performance of contracts, and the diffusion of knowledge.” (emphasis added).

It is ludicrous to claim that relations between landlords and tenants are part of interstate commerce. They are not.

Even under the modern and misguided interpretation of commerce as economic activity, Congress still falters because state court eviction actions are legal in nature–not economic in nature. One cannot sell, manufacture, or consume a state legal process.

In sum, the Court made the right decision in throwing water on the CDC’s criminalization of eviction proceedings. However, we should remain concerned that Congress might read parts of the Court’s opinion as an invitation to take unconstitutional action.