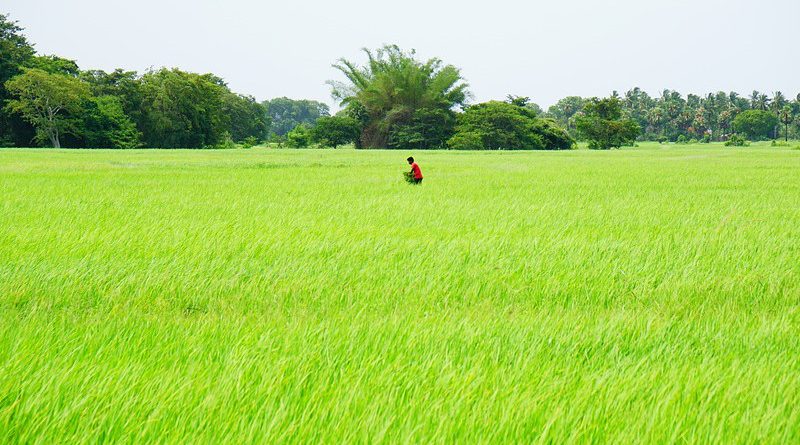 Sri Lankan President Gotabaya Rajapaksa’s  promulgation of a ‘food emergency’ in the face of an unending forex crisis has shocked the local population and surprised friends and adversaries, both inside and outside the tear-drop nation. Civil society activists have also not missed out on his naming an army officer, Major General NDSP Niwunhella, as Commissioner-General of Essential Services, to ensure a smooth and speedy supply of essential commodities; this is yet another instance of the militarisation of civilian administration under his regime.

The nation’s financial woes were known for years, beginning in the time of his predecessor ‘Government of National Unity’ (GNU), under the twin leadership of President Maithripala Sirisena and Prime Minister Ranil Wickremesinghe. Their government added to the nation’s financial woes after promising to mitigate and reverse the trend, inherited from predecessor President, Mahinda Rajapaksa, now Prime Minister.

In particular, forex reserves took a continual beating as the Sri Lankan rupee (LKR) continued to tank over the past nearly two decades. Yet, the incumbent Gotabaya regime cannot continue to blame the predecessor as it has had nearly two years to rectify the situation, which, however, worsened with the government’s inability to contain the second and third waves of the COVID-19 pandemic, unlike the first wave.

Before COVID, the nation suffered the economic consequences of the previous regime’s profligacy, worsened by political instability, which kept investors away. This was closely followed by the ‘Easter serial blasts’ in 2019, which severely hit the tourism sector, one of the mainstays of the nation’s economy. The pandemic since has cut down on exports and internal remittances from a large number of Sri Lankans employed overseas—accounting for the single-largest tranche of forex inflow.

Thus, Budget-2021, presented by Prime Minister Mahinda Rajapaksa, who was also the then Finance Minister, banned import of food items, including turmeric, and chemical fertilisers, purportedly to encourage local farmers and organic farming, but it created more problems than solving any. The real idea was to save that much on forex-outflow, but the urgent, unplanned import-ban caused multiple crises at different levels, from the farm to the food table. But President Gotabaya refused to budge, irrespective of the economic realities.

Government supporters hoped that the induction of another Rajapaksa brother, Basil Rajapaksa, as Finance Minister in the place of PM Mahinda, would help even as the ‘power transfer’ caused raised eyebrows in many circles. Between them, Mahinda as President and Basil as his Economic Advisor, they had pushed up the GDP to record levels even at the height of the LTTE war at the end of the last decade.

That magic touch has been missing this time as President Gotabaya stuck to political and economic dogmatism drilled in by his ideological aides. People soon found that Gotabaya might be an able military strategist, but he may not be a competent political and economic administrator despite his sweeping presidential poll victory and his SLPP’s parliamentary sweep, only months later.

The presidential declaration on food emergency and accompanying order to put down hoarding of essentials like rice and sugar was closely preceded by Finance Minister Basil announcing the release of massive stocks held up in the Colombo Port, both owing to lockdowns and also the intransigent attitude of importers  at claiming concessions where they were not due.

Hoarding and black marketing have been used for both commercial exploitation and as a political tool to embarrass the government in power. Ahead of the 2015 presidential polls that he lost to other causes, President Mahinda stored 25,000 tonnes of Bangladesh rice for market intervention should political-hoarding be used to mess with his candidacy. Recently, the government claims to have seized 10,000-plus tonnes of sugar from three wholesalers. Their motives remain unclear.

The government has also announced massive penalties for hoarders but that may not be enough to end food-panic and long queues at retail-stores. The situation can ease only if the government pumps in more forex into the system after private banks shut doors on importer-customers of long years, or fast-tracks International Monetary Fund (IMF) loans, which it decided to seek, rather belatedly.

Including Sri Lanka, Third World nations have felt that IMF conditionalities that require national tight-belting does not sit well with the people, and hence are uncomfortable for elected governments, which, however, cannot resist it. Sections of Sri Lankan polity, economists, and civil society have not stopped blaming late President J R Jayawardene for ushering in ‘market capitalism’ in the late seventies for the nation’s continuing economic ills, which were, at times, perceived to be more than intervening ‘socialist intervention’.

The government’s ability to import large quantities of food material, starting with rice and sugar but against long-term repayment arrangements seems to be the only alternative. Possibly all of Sri Lanka’s essential food items have to come from the rest of South Asia, or East and South-East Asia. The last time the nation faced its worst food crisis was in the post-Independence ’50s, where the equally fledgling communist regime in China offered the ‘rice-for-rubber’ pact.

The pact involved China exporting rice to drought-hit Sri Lanka, then Ceylon, at lower than international prices and importing rubber from the other at higher prices than in the global market. The Sri Lankan State and its citizens have not stopped thanking China enough for that distant gesture. Hence, the continuing bonding with China, despite being ensnared in the a ‘debt-trap’  with the more recent ‘Hambantota accord’.

It is anybody’s guess why the Rajapaksa regime, which the international community believes is sold out on China, has not tapped that route for increasing the food stock this time. It is not unlikely that in the face of the more recent controversies attending on the China-funded Colombo Port City project, the government may seek concessional food imports from other nations before declaring that Beijing alone was considerate, as it was while selling jet fighters to fight the LTTE in the ’90s, without quoting a price or seeking down payment.

On the domestic front, the food shortages accompanying the long shadow of the forex crisis and COVID ‘mismanagement’—as the Opposition has  accused the government of—is sure to affect the ruling Rajapaksas’ popularity.

More importantly, socialists and internal security experts should be watching south to see if the current crises and the failures of successive governments over the past decades could trigger a ‘social revolution’, including one of the majority Sinhala-Buddhist kind. As may be recalled, in an era of global socialist upswing, the majority Sinhala youth in the south of the country, had rebelled under the infant Janatha Vimukthi Peramuna (JVP), a breakaway left grouping founded by Rohana Wijeweera, a medical drop-out from Lumumba University, Moscow.

The two ‘JVP insurgencies’ of 1971 and 1989 witnessed security agencies massacring Sinhala boys and girls in the reproductive age group in  thousands. India directly helped the government to quell the first insurgency. The presence of the Indian Peace-Keeping Force (IPKF), which ended up taking on the LTTE in the north and the east, freed Sri Lankan troops to put down the second JVP insurgency.

Post-insurgency, the LTTE’s emergence as an international terror group without parallel helped the nation to focus away from the south. However, successive governments since have neither convinced anyone about their sincerity in addressing common man’s problems  nor have they convinced themselves that there won’t be another social upheaval and uprising of the earlier kind with national and family economy as the main focus as seen during the JVP past—but with a new faceless crop of youth lending leadership.