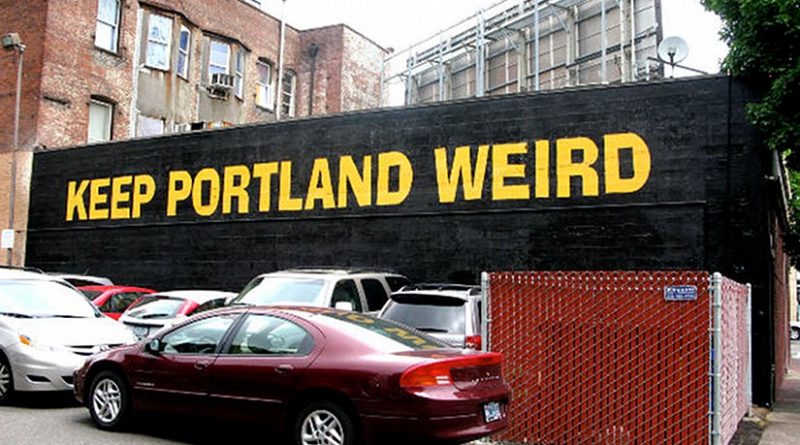 “Occupy Portland” event organizers say that they will not be obtaining a permit, nor share any information on a march route or locations that the march may “occupy” along the way, according to the Portland, Oregon police department.

The Portland Police Bureau received a fax Tuesday night from “Occupy Portland” stating, “Currently there is no plan to obtain a permit since this movement has no leadership and further legal advice from the National Lawyers Guild advises against obtaining a permit. For best impact we will march in the streets and disrupt the city.”

Representatives from the City of Portland and the Portland Police Bureau have been in dialogue with ‘Occupy Portland’ event organizers in the hopes that they will provide route information to the Police Bureau.

According to the Police department, efforts have been aimed at assisting the group in obtaining a permit for the event, which “provides for a coordinated set of guidelines. The guidelines spell out the route, authorizing event participants to lawfully be in the street and it is designed to ensure the safe flow of all traffic in the downtown core.”

In the opinion of the Portland Police Department, “Experience has show that working with organizers on obtaining a permit makes the event more collaborative which increases the overall success of the event for everyone.”

The Portland Police Bureau said “it is committed to vigorously pursuing the goal of allowing participants to express their view which is there free speech right. Our overall objective is to take all appropriate action to help make this event happen in a way that is safe for participants and the general public alike.”

Additionally, the Portland Police Department said that anticipating that people may intend to occupy Portland parks as a result of this event they will enforce the hours of park closures.

“No person shall be in a Park during hours of park closure. Unless the Director designates otherwise for any Park, “hours of park closure” means any time between the hours of 12:01 a.m. and 5 a.m. This offense is a class “B” Misdemeanor and under the City Code those who violate Park rules can be arrested.”