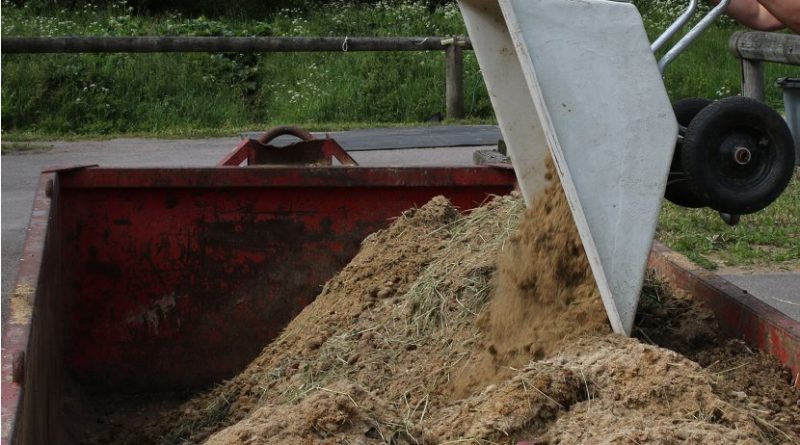 Fortum HorsePower is a bedding and manure management service for stables, with the manure generated at the stables transported for use in energy production. Photo Credit: Fortum Corporation

The electricity used at this year’s Helsinki International Horse Show will be produced entirely with horse manure at Fortum’s Järvenpää power plant. The electricity consumption of the event taking place at the Helsinki Ice Hall will be about 140 MWh, and the origin of the electricity will be verified by the Guarantee of Origin system maintained by Fingrid.

The Helsinki International Horse Show will be held October 18-22 at the Helsinki Ice Hall.

Producing the energy needed for the event requires the annual manure output of 14 horses. This is the first time in the world that the electricity for a major horse show will be produced entirely with horse manure.

“I am really proud that electricity produced with horse manure can be utilized for an event that is important to equestrian fans and the horse sector. It is great that Finland’s biggest and best-known horse show is a forerunner in energy and environmental issues,” said Anssi Paalanen, Vice President, HorsePower, Fortum.

“It’s great to participate in electrifying the pilot event of the Fortum HorsePower concept with horse manure. Overall, the concept is fascinating and creates tremendous opportunities for the entire horse sector in Europe,” said Event Director Tom Gordin with satisfaction.

“This is also an important part of our own Horse Show Jumps Green environmental project,” Gordin continued.

Fortum HorsePower is a bedding and manure management service for stables, with the manure generated at the stables transported for use in energy production. The service has been operating in the Uusimaa region for a couple of years, and the service area is expanding all the time. In addition to the Helsinki metropolitan area, it now covers much of southern and western Finland.

The Fortum HorsePower service was launched this autumn also in Sweden, where there are already close to 3,000 horses leaving green hoof prints and producing energy through the service.

During the event, Fortum HorsePower will deliver wood-based bedding for the 250 or so horses that will be staying in temporary stalls at the Helsinki Ice Hall. The manure-bedding mixture that is generated will be transported to Fortum’s Järvenpää power plant where it will be used in energy production. An estimated 135 tonnes of manure-bedding mixture will be generated during the event.