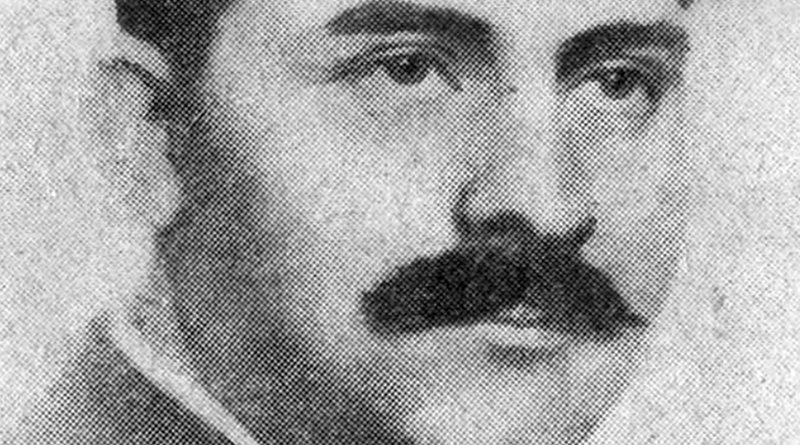 It is not enough for the rulers of Russia today to celebrate Stalin, claiming that his contributions far outweighed his crimes.  They are now promoting books that whitewash his henchmen who carried out the Soviet dictator’s orders and were directly responsible for the deaths of millions of people.

Such books inevitably are playing a major role in rewriting the history of the Stalin era in the minds of ordinary Russians; and one of the worst of them has just appeared, Feliks Chuyev’s hagiography of the man who built the Soviet rail system on the graves of thousands and carried out the terror famine in Ukraine that killed millions – Lazar Kaganovich.

The book is based on the poet’s conversations with the Stalinist factotum who died at 97 in the summer of 1991 just before his Soviet Union collapsed. He is celebrated in the book as an effective manager who helped save the USSR from Hitler because of the railroads and oil fields he developed.

What is disturbing is that the book itself and certainly the initial reviews entirely ignore his role in the Holodomor and other mass killings and that Kaganovich is now being praised as a thoughtful man of penetrating thought who recognized what was happening but after being expelled from the leadership in 1957 was powerless to stop it.

According to the reviewer in Nakanune, Kaganovich lived out his last years in modest circumstances, never gave up on his commitment to communism, and wrote proposals for how things should be done and how the demise of the Soviet Union could be avoided (nakanune.ru/articles/115516/).

The reviewer says that Chuyev plans other such books, including one on Vyacheslav Molotov. One can only imagine how it will deal with the secret protocols of his accord with Ribbentrop that opened the way to war in 1939. It is tomes like these, more than any words of Kremlin leaders, that will define how Russians view the past – and thus their future as well.

Home » Restoration Of Stalinism Continues With Whitewash Of Kaganovich – OpEd