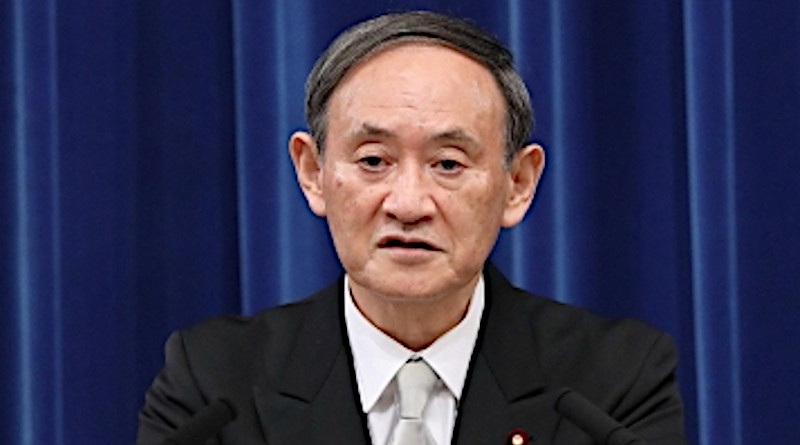 Last month, the former Japanese PM, Shinzo Abe, put in his papers due to ill-health. The ruling alliance then went through a leadership vote and a new PM, Yoshihide Suga was then endorsed by Parliament and he took charge on September 16.

So, what does this mean for Japan-India relations?

First, it means that New Delhi will have to work harder than before as it already had developed a strong rapport with former PM Shinzo Abe, ever since his first term in 2006.  It was during this term that he delivered a landmark speech titled “Confluence of the Two Seas” wherein he noted that “the Pacific and the Indian Oceans are now bringing about a dynamic coupling as seas of freedom and of prosperity.”

Second, from his family’s side, former PM Abe was close to India in a number of ways. His maternal grandfather, Nobusuke Kishi, was the first Japanese Prime Minister to visit India. Abe himself had been to India multiple times and it was under Abe at the helm that landmark initiatives like the Japan-India civilian nuclear deal took place. This civilian nuclear deal is very significant as Japan is the only country to have suffered under the impact of nuclear bombings.

Third, former PM Abe had built up a personal camaraderie with Indian PM Narendra Modi. During the Indian Prime Minister’s visit to Japan in October 2018for the annual bilateral summit, Abe had invited him to his holiday home in the Yamanashi prefecture, a big honour for any visiting dignitary.

Fourth, for Abe, India was at the heart of many of his policy formulation for the Indo-Pacific region with his policy initiativeslike the “Free and Open Indo-Pacific Strategy”, the Quad (Quadrilateral Initiative) andhis Asia’s Democratic Security Diamond formulation.  With Abe at the helm, India and Japan came together in the Indo-Pacific in a way like never before. Japan joined the Malabar naval exercises as a permanent member in 2015, though the exercises originally started off as bilateral exercises between the Indian and the US navies.

While it is highly unlikely that the new Prime Minister will go for a complete overhaul of Japanese foreign policy, especially in the field of Japan-India relations, there may be subtle changes.

For one, for the Suga administration, India may not figure as highly on the radar as had happened under the Abe administration. In addition, PM Suga may not share PM Abe’s worldview and his views towards India.  The first few calls PM Suga has made have been to the Australian PM, the US President and the South Korean President.

So, what’s the way ahead?

First, it will be important for India to address any drift in the relationship and take necessary steps well in advance. At a time when China is on the offensive in the border areas, Japan can be a very important partner.  In addition, the two countries have recently signed a logistics treaty, termed as the ACSA (Acquisition and Cross-Servicing Agreement), which will allow the defence forces of the two countries to share their resources with each other.

Third, the annual summit between the two sides has also been delayed since last year when the summit had to be postponed due to the CAA (Citizenship Amendment Act) flare-up in the host city of Guwahati. A “virtual” summit was supposed to be held earlier this month, but with the sudden resignation of the former PM, these plans have also been put on hold for now.

Fourth, be that as it may, New Delhi has its task cut out as it reaches out to the new Suga administration in Japan. India is also collaborating with Japan in its membership bid (along with Germany and Brazil) as a part of the so-called G4.

There is too much at stake for both the sides in the bilateral relationship and hence neither of them can let the relationship drift in the light of the change at the top in Japan.

*Dr Rupakjyoti Borah is an Associate Professor at India’s Sharda University. His forthcoming book is The Strategic Relations between India, the United States and Japan in the Indo-Pacific: When Three is Not a Crowd. He has also authored two other books. He has also been a Visiting Fellow at the University of Cambridge, the Japan Institute of International Affairs (JIIA), Japan and the Australian National University. The views expressed here are personal.  Twitter @rupakj

Dr. Rupakjyoti Borah is a Senior Lecturer at the Department of Geopolitics and International Relations, Manipal University, India. He was a Visiting Fellow at the Centre of International Studies, University of Cambridge, U.K. in 2009 and an Australia-India Council Australian Studies Fellow. The views expressed are personal.

The Bolivarian-socialist project in Venezuela is in a critical conjuncture. External imperialist aggressions – spearheaded by the US – are

US A Top Source Of Plastic Pollution In Coastal Environments