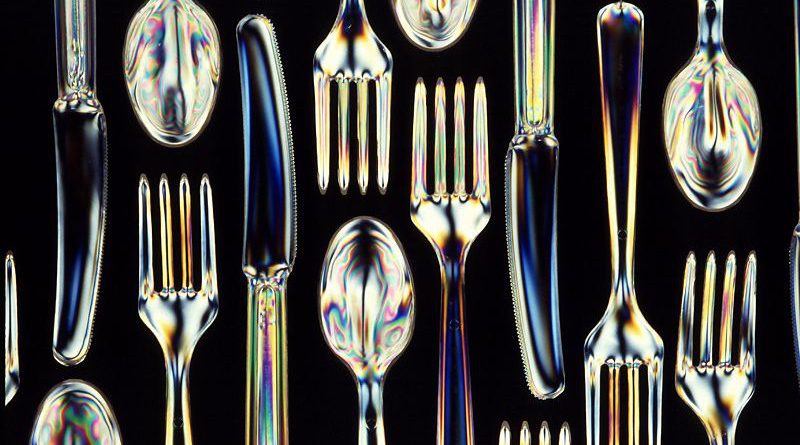 The research was led by research student Guillermo Anderson and Prof. Noa Shenkar of the School of Zoology at the George S. Wise Faculty of Life Sciences and the Steinhardt Museum of Natural History, Israel National Center for Biodiversity Studies, Tel Aviv University. The study was published online on August 20, 2020, in the journal Environmental Pollution. It will be published in the print version of the journal in January 2021.

“People buy expensive disposable dishes and utensils with the special bioplastic standard seal of compliance on the assumption that they are being environmentally responsible,” Prof. Shenkar says. “Our study proves that while this may be good for their conscience, it can still damage the environment.”

Environmental pollution caused by plastics in general and at sea in particular is a well-known crisis. According to various assessments, some 350 million tons of plastic goods are produced every single year, half of which is disposable dishes and utensils thrown away after a single use. Plastic is a very durable polymer made of chemicals derived from fossil fuels. Marine animals ingest plastic microparticles containing toxic additives that are integral to these harmful microparticles.

“In recent decades, substances called ‘bioplastics’ came on the market,” Anderson explains. “Bioplastics are made of natural, renewable materials, and biodegrade relatively fast under certain conditions. Disposable dishes and utensils made of bioplastics were granted various international standard seals and are marketed to consumers as environmentally friendly. We wanted to test the supposedly environmentally friendly disposable dishes to see if they do, in fact, meet expectations.”

At least in the short term, both types of plastic have a similar detrimental effect, Prof. Shenkar says. “Bioplastics are made of natural materials and, in that sense, they are more beneficial environmentally speaking. But they may also contain toxins just like regular plastic dishes and they do not biodegrade quickly in the aquatic habitat. In fact, the standard appearing on the label is dated. It doesn’t refer at all to different kinds of plastic additives and speaks of biodegrading within 180 days, but that is specifically under conditions available only in industrial composting settings.”