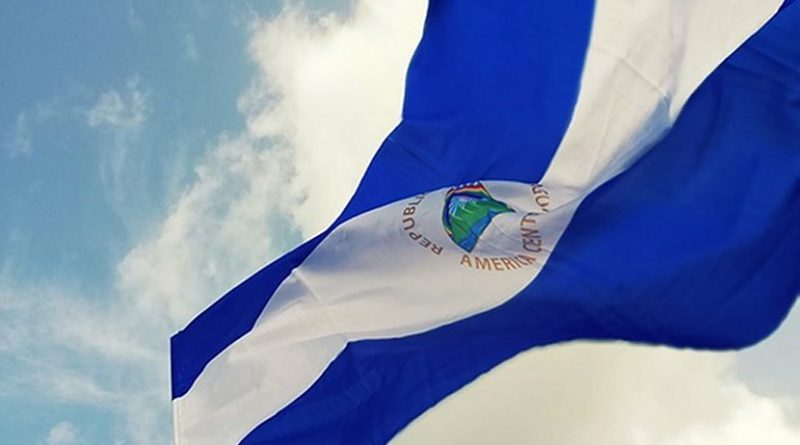 The first known case of COVID-19 in Nicaragua was confirmed on March 18, 2020.  Since then, the Ortega regime’s approach to the problem has been characterized by denial, deceit, and a seemingly deliberate effort to facilitate its spread.

It became apparent almost immediately that the government was withholding information from the public about the danger posed by the pandemic. Within one week, the opposition National Coalition lodged a complaint with the World Health Organization regarding the Ortega government’s efforts to conceal the presence of the virus within the country.

Reports of new infections from hospitals and other healthcare facilities proliferated quickly, but the regime refused to acknowledge all but a few. Government officials stated publicly that concerns about the virus were much ado about nothing.  Sonia Castro, Ortega’s primary health advisor, announced early on that there would be no efforts to impose quarantines.

On April 1, Murillo appeared on national television and declared that God would protect the nation from the outbreak.  The government stepped up its efforts to promote international tourism even as all nine international airlines that flew in and out of Managua shut down their operations in the country.

On April 8, the OAS’s Inter-American Commission on Human Rights issued a statement that the government’s refusal to take the pandemic seriously was “jeopardizing the entire population’s enjoyment of rights such as the rights to life, health, and personal integrity.”  By May 5, the government had only acknowledged 16 cases of COVID-19 infection, though independent observers estimated that the real number was in excess of a thousand.

Far from taking steps to contain the virus’s spread, the regime’s actions seemed almost purposefully designed to undermine public health. Nicaraguans have been told to continue living their normal lives by attending sporting events, religious gatherings, and other public meetings. The authorities have also actively encouraged people to continue to interact with loved ones with hugs and kisses. Students are penalized for staying home from class.  Mask-wearing is strongly discouraged, and among doctors and nurses it is expressly prohibited (ostensibly so as not to scare their patients).

The regime’s actions reflect concerns from Ortega and Murillo that steps to contain the spread would harm the economy, which in turn could jeopardize their hold on power. Both have claimed that the pandemic’s impact on Nicaragua was limited by steps Ortega took over preceding years to improve the national healthcare system. When 543 Nicaraguan doctors signed a public statement in early May demanding that the government take stronger steps to combat the pandemic, Murillo publicly described them as “aliens living in other galaxies.”

The regime has also sought to conceal the scale of the pandemic by ordering “express burials” that take place almost immediately after an apparent death from COVID-19. The families of the dead are generally prohibited from seeing their loved one, and the bodies are sealed in plastic as soon as the victim expires.  These deaths are almost always attributed to causes other than coronavirus, typically pneumonia.

Months later, the pandemic would reach the regime’s inner circle. On June 8, the Guardian reported that “at least 20 prominent Sandinistas – including ministers, members of the National Assembly, senior advisers and a police commander – have died after displaying symptoms of COVID-19.”

The public health crisis has further weakened Nicaragua’s beleaguered economy, and the IMF has forecast that the nation’s GDP will contract by 5.5 percent in 2020.

Throughout it all, Ortega has continued to strengthen his hold on power.  In mid-October, the FSLN-controlled National Assembly approved legislation allowing the regime to scrutinize businesses, organizations, and individuals who receive any funding from abroad. Those who do must provide detailed information about their operations to the Interior Ministry and are barred from engaging in any form of political advocacy.

The outlook for those seeking Ortega’s ouster in view of these missteps is not promising. A poll taken over the summer revealed that 70 percent of Nicaraguans believe the nation is headed in the wrong direction. Only 23 percent indicated that they planned to vote for a Sandinista ticket in the next election.  But in the country’s current political landscape, that would probably still be enough to secure victory, given that there is no clear alternative to Ortega and the FSLN.

Unity has thus far proved elusive for Ortega’s opponents.  The National Coalition is riven with internal fissures, and there is no consensus on which political party should serve as the vehicle for challenging him.  With the November 2021 election just a year away, the opposition must find a way to quickly put its house in order and present Nicaraguans with a unified alternative to the current regime if they are to succeed.  Yet even if this comes to pass, the fact that the Supreme Electoral Council and the Supreme Court are both controlled by Ortega allies makes it difficult to imagine a fair vote actually taking place.

Home » Nicaragua And COVID-19: A Crisis With No Way Out