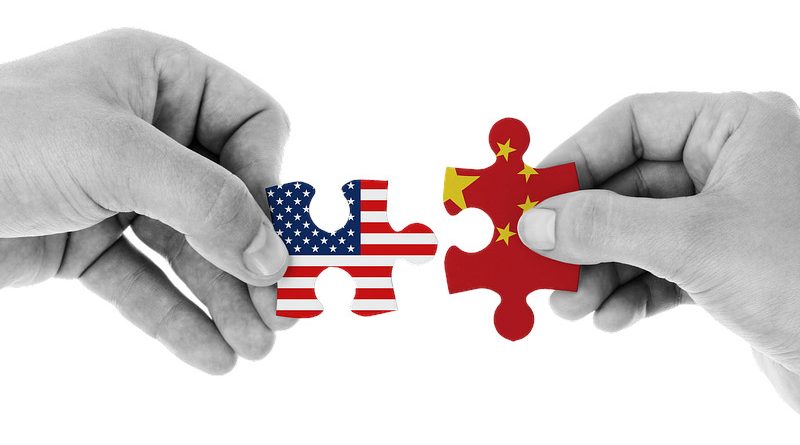 In little over a year, the Trump administration has taken a broad range of measures to restrict Chinese technology, investments, goods and services from entering the US. These expansive policies coincide with concerns regarding China’s access to critical technologies, the possibility of surveillance and espionage, and the use of such technologies for China’s political ends. For Washington, the restrictions were put in place to protect the US from applications, technology and investments that could threaten its national security, foreign policy and its economy. While the measures are integral to US’ policy to contain China — which it regards as a foreign adversary — it has also emerged as a means to dissuade other countries from deepening their economic engagement with Beijing.

A variety of laws and regulations in the form of export control regimes, licensing requirements and visa restrictions have created new risks for businesses, individuals and multinational companies. The rules not only affect supply chains for Chinese tech companies, but can also place the interests of US and global tech companies at risk as well. The Trump administration recognizes the wide reach of these disruptive measures, and is calling for multilateral efforts to harmonize policies and reduce risks. For instance, laws such as the Export Control Reform Act (ECRA) formally require the President to secure the cooperation of other governments and multilateral organizations, to impose similar or consistent export controls.

A brief timeline and overview of some of the major measures introduced by the US is given below:

The measures described above have changed the landscape for global supply chains in information and communications technology and services.  For instance, the amendment to the Foreign Direct Product Rule (FDPR) was cited as a reason by the UK for changing its position on Huawei—from initially allowing the company, to later announcing that the UK will phase out Huawei tech equipment by 2027. Measures like these are expected to impact Huawei’s chip division HiSilicon, which would have been crucial to developing advanced technologies under the Made in China 2025 plan.

As such, it was not long before Beijing responding by placing similar restrictions on trade, investments and technologies. China’s new laws have been introduced with the intention to protect and safeguard its national sovereignty, security and development interests. The laws, taken together, can penalize entities for complying with foreign directives that are harmful to Chinese government and business interests. A similar timeline and overview of major law and policy changes that can affect multinational companies, technology, trade and investments is given below:

The above laws provide China with a legal framework to retaliate against restrictions imposed by the US and its targeted actions against Huawei, ZTE, ByteDance (TikTok) and Tencent (WeChat). This opens a new chapter in the ongoing trade and tech war between US and China, and is likely to further disrupt global supply chains. Multinational companies, business and individuals who are likely to be caught in the crossfire between Washington and Beijing will be faced with complex business decisions going forward.

China’s Unreliable Entity List (UEL), for instance, is a list based sanctions and export control regime similar to the US Entity List. A foreign entity may be blacklisted if it endangers China’s “national sovereignty, security or development interests” or “suspends transactions with Chinese entities in violation of normal market transaction principles, and causes damage to rights and interests”. The UEL provisions give broad discretion to authorities in China to determine whether an entity is in violation of the law or not. If an entity is suspected of violating the provisions, it will be investigated and the foreign entity will be given the opportunity to state or defend its case.

If a foreign entity is placed in the UEL, it may face several restrictions, including a complete prohibition from trading and investing in China. Further, Chinese entities will be required to apply for a license to do business with companies on the UEL, similar to the US Entity List setup. Presently, no timeline has been given for releasing the list. However, a Global Times report detailed that British bank HSBC and American delivery service Fedex, could be placed on the UEL for allegedly colluding with Washington in framing Huawei.

China has repeatedly stated that the laws are not meant to target or retaliate against the US. Nevertheless, it is clear that the provisions have setup a legal framework to launch action against restrictive measures from foreign governments — specifically US’ technical blockade and its suppression of Chinese companies. The extraterritorial application of the laws will affect foreign entities operating in China, in the same way American laws have done the same for businesses based in the US. Such measures are only likely to heighten hostilities and aggravate the geopolitical rivalry between the two countries.

China’s new laws are yet to be fully operationalized and much depends on how the process for investigations, licensing and delisting companies is framed. Regardless, the provisions will raise regulatory uncertainty, transaction costs and financial risks for companies operating in the US and China. Multinational companies — especially those involved in technology — will increasingly find themselves navigating a highly politicized regulatory environment with conflicting legal regimes. As Washington and Beijing try to push for an economic and technological decoupling, laws and regulations will be used to serve national security and foreign policy objectives — thus introducing a new facet of uncertainty for public and private stakeholders.