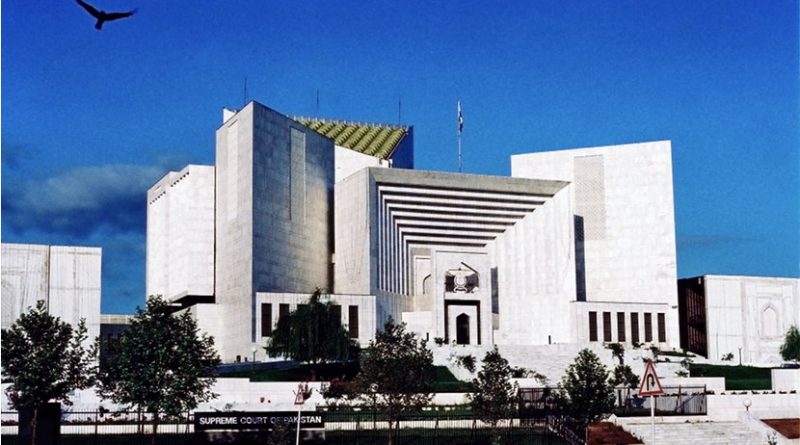 Little attention has been paid to the emergence of ‘judicial review’ into the politico-legal course of Pakistan. Ran Hirschl, a prominent professor of Comparative Constitutional Law, in his landmark work Towards Juristocracy came up with the ‘Hegemonic Preservation’ theory to explain the origins of judicial review in four countries: New Zealand, Canada, Israel and South Africa.

The theory holds that ‘judicial review’, in these four countries, is the result of neither any systematic social need nor ‘an evolution in a progressive direction.’ Rather, it is created by the political, legal and economic elites in an attempt to preserve elites’ interests at a time when they were in a danger of losing power. This theory also explains the emergence of judicial review in Pakistan. From 2006 to 2008, the legal, political-including the leadership of PPP and PML-N along with others, and economic elites of Pakistan, were frequently going to Choudhry’s court for the protection and promotion of their elitist interests. This was happening at a time when the political power was concentrated in the hands of the military dictatorship of Musharraf. The judicial elites of Pakistan supported the judicial review as it was adding to their power and prestige.

The dependence of our elites did not stop even after the PPP came into power in 2008 and the military dictator was dethroned. Nawaz Sharif actively participated in the Lawyers’ Movement for the restoration of the Iftikhar Choudhry-led judiciary after it was sent packing by Musharraf and the PPP government was seemingly reluctant to restore it. After the Iftikhar Choudhry-led judiciary was restored, Nawaz Sharif and the economic elites increased their reliance on the judiciary with a hope of favor from the judiciary. The judiciary positively responded to Nawaz’s pleas against PPP in the Court. The PPP government received several blows from Choudhry’s court, which undermined PPP and elevated Nawaz’s stature.

The heavy reliance of our elites on the judiciary led to the emergence of strong, independent and vibrant judiciary. Another outcome is the imbalanced institutional growth and the consequent shift of balance of power in favor of the judiciary. Many observers appreciate the outcome as positive for the consolidation of democracy in Pakistan. Others are increasingly skeptical as they consider it as an encroachment on the powers of the civilian executive authority and as a blow to the democratic development in Pakistan.

This theory explains the judicial developments in Pakistan since 2014. The opposition, particularly PTI, to the PML-N government frequently showed their confidence in the judiciary as the sole umpire for the redressal of their grievances against any of the government measures and actions despite their bitter experience with the Judiciary in the 2013 General Elections. The judiciary here plays the role of insurer and guarantor among the different actors.

Initially, The PNL-N government showed confidence in the superior judiciary on several occasions. Two examples could be cited here in the support of the theory: one is the establishment of Judicial Commission for inquiring the wrongdoings in the 2013 General Elections; and another is the confidence and trust in the Supreme Court showed both by Nawaz Sharif and the protesting PTI for hearing the Panama Papers case. In the former case the report was accepted by both PTI and the government, but in the latter case the SC’s verdict was strongly rejected by Nawaz Sharif and his family as it went against them.

Many scholars consider these two theories as insufficient to explain the origins of the judicial review in many countries which adopted it. This group believes that judicial review emerges in response to a nation’s need for an umpire to settle the disputes of federalism and to protect individual rights. Our judiciary is yet to respond to the nation’s need of resolving the disputes of federalism. The smaller provinces have many grievances against the federal government, which needs to be settled. Similarly, the conditions of human rights in Pakistan are not satisfactory due to war-on-terror and the judiciary has extended sufficient concessions to the state machinery in cases of flagrant violations of individuals’ rights by the state.

Since, 2014, the SC has been extensively reviewing the functioning of national and provincial institutions. During the course of judicial oversight, the SC emerged as the sole guardian of the Constitution, although it failed to hold Musharraf accountable under Article 06 for violating the Constitution. SC directed the four provinces to hold elections to the local bodies — a prerequisite for democratic consolidation. It compelled the federal government to carry out census — a constitutional obligation that was pending for almost eight years.

Similarly, the SC stepped-in when the FBR, SECP and NAB admitted their failure to initiate proceeding against those Pakistanis whose names were mentioned in the Panama Papers. The SC verdict in the Panama Papers case is destined to have a profound impact on the institutional setup in Pakistan.

Home » Pakistan And The Emergence Of Judicial Review – OpEd

One thought on “Pakistan And The Emergence Of Judicial Review – OpEd”