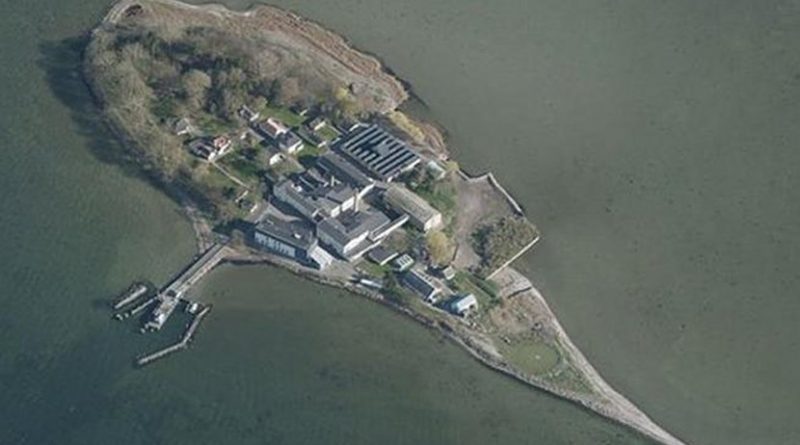 Island of Lindholm in the province of Vordingborg, Denmark. (Twitter)

Denmark plans to send migrants convicted of crimes and sentenced to deportation to a remote island off the country’s coast.

Finance minister Kristian Jensen said the foreigners will be detained at a facility on the 17-acre, uninhabited island of Lindholm in the province of Vordingborg as part of an agreement between Denmark’s conservative coalition government and the Danish People’s Party last Friday.

“Foreign criminals have no reason to be in Denmark. Until we can get rid of them, we will move them to the island of Lindholm, where they will be obliged to stay at the new deportation center at night,” a spokesman for the party said. “There will be police there around the clock.”

The facility will hold as many as 100 rejected asylum seekers convicted of crimes and foreign citizens who don’t have permission to stay in Denmark, but can’t be deported for legal reasons.

The island is currently home to laboratories, stables and crematory of a center for researching contagious animal diseases.

Jensen said the people sent to the island won’t be imprisoned, but will be required to sleep there and report at the island center daily or face imprisonment.

A ferry service to and from the island is available, but Jensen and Danish People’s Party spokesman Martin Henriksen said the ferry service won’t run around the clock.

The deal, negotiated by Jensen during an annual budget meeting, allocates about $115 million over four years for immigrant facilities on the island, scheduled to open in 2021.