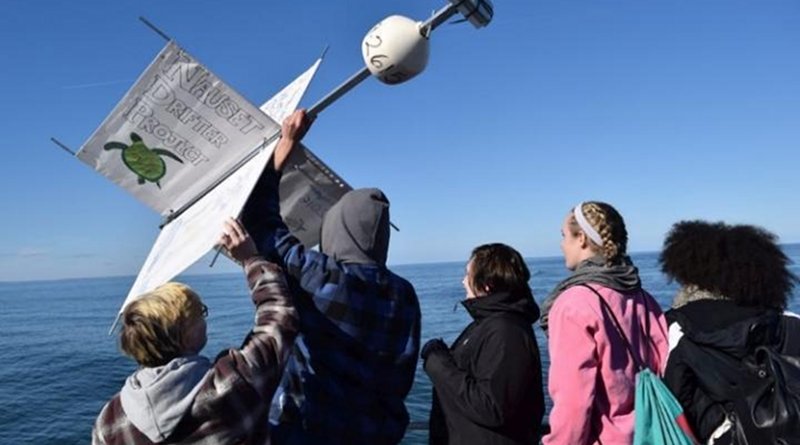 A computational analysis has surfaced new insights into the wind and water conditions that cause Kemp’s ridley sea turtles to become stranded on beaches in Cape Cod, Massachusetts. Xiaojian Liu of Wuhan University, China, and colleagues present these findings in the open-access journal PLOS ONE.

The Kemp’s ridley sea turtle is smaller and in greater danger of extinction than any other sea turtle in the world. This species is found in coastal waters ranging from the Gulf of Mexico to Nova Scotia, Canada. While Kemp’s ridley populations have slowly risen since conservation efforts began in the 1970s, the number of turtles found stranded on Cape Cod beaches in the last few years is nearly an order of magnitude higher than in earlier decades.

To help clarify the conditions that lead to stranding, Liu and colleagues combined computational modeling with real-world observations. This enabled them to investigate circumstances that could trigger hypothermia in Kemp’s ridley turtles–the primary cause of most strandings–and subsequent transport of the cold-stunned animals to shore.

The researchers used the Finite Volume Community Ocean Model to simulate ocean currents in Cape Cod Bay. To validate these simulations, they also released drifting instruments into the currents and tracked their movements via satellite. Then, they looked for links between the simulations, the drifter data, water temperature data, and records of where and when Kemp’s ridley turtles were found stranded.

While these findings provide new insights that could help guide future search and rescue efforts, questions remain. Further research is needed to clarify the depth of water at which Kemp’s ridley sea turtles typically become hypothermic, and how processes like wind and waves may impact stranding events at those depths.

Co-author James Manning notes: “While the state-of-the-art ocean model can help simulate the process, both the student-built drifters and bottom temperature sensors deployed by local fishermen are critical to the investigation.”