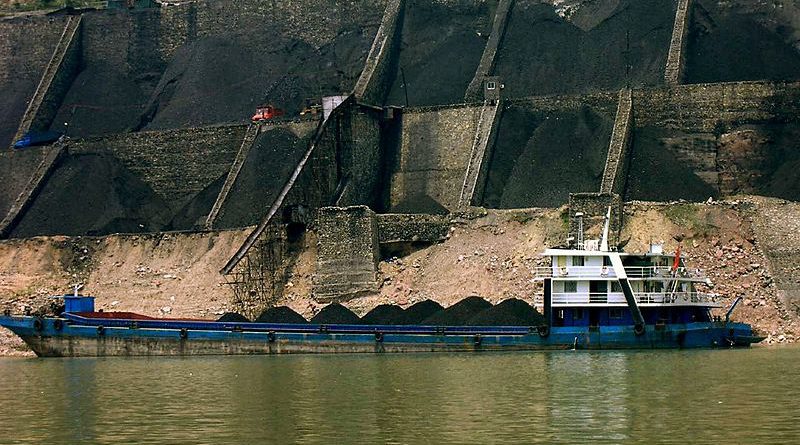 Environmental advocates are zeroing in on the conflict between China’s plans to build hundreds of new coal-fired power plants and its pledge to become carbon-neutral four decades from now.

In the latest of many recent reports, climate activists argue that the new coal projects must be halted immediately if President Xi Jinping is to make good on his promise to reach a peak in carbon releases before 2030 and “net-zero” emissions before 2060.

“To achieve net-zero emissions, China will need to implement stringent measures as early as possible. The country’s efforts will be closely monitored by international peers,” said the report by the Draworld Environmental Research Center and the Center for Research on Energy and Clean Air (CREA), based in Helsinki.

The advocates estimate that China should cut coal-fired generating capacity by one-third from the current level to 680 gigawatts (GW) by 2030 and by nearly half from the 1,300 GW projected by the China Electricity Council, the industry’s main lobbying group.

“My understanding is that the coal industry is still lobbying for a coal power capacity target for 2025 that would allow for the addition of up to 200 large new coal-fired power plants,” CREA lead analyst Lauri Myllyvirta told Reuters.

Climate experts have been pressing the government for the past five years to impose a moratorium on new coal-fired projects that were given the green light when approval authority was turned over to local officials as a way to cut through red tape and boost the economy.

Now, the advocates see an opening for their arguments that the plants will be underutilized and unable to pay for themselves as renewable energy becomes cheaper.

The campaign has raised hopes that a ban will be included in the government’s 14th Five-Year Plan for 2021-2025, which is due to be presented in March.

But so far, it remains unclear whether the plan for economic growth will impose new controls on coal power.

“How does all this fit together? Without massive investment in carbon capture technology or nuclear power, I don’t think it does,” Andrews-Speed said.

“I am not sure that the government will have any specific plans yet. Rather, they will be wrestling with how to reconcile these apparent contradictions,” he said.

“I don’t think the Chinese government has a crystal clear sense of how to get to carbon neutrality by 2060,” said Yang Yingxia, senior fellow at Boston University’s Institute for Sustainable Energy, quoted by the Financial Times.

In a report by the Oxford Institute for Energy Studies (OIES) this week, China Energy Program director Michal Meidan also said that “China does not have a detailed blueprint for reaching carbon neutrality by 2060.”

“But it is important to recognize that Xi’s pledge is the beginning of a policy planning process rather than the culmination of one,” Meidan said.

In October, the Development Research Center of the cabinet-level State Council forecast the elimination of older coal-fired plants by 2030 and the upgrade of all existing capacity to ultra-low emission units.

But whether the plan will also halt new coal-fired power plants and freeze the existing pipeline of projects is an open question,” Meidan’s report said.

“A further expansion of the coal-fired power industry would greatly complicate this challenge, requiring a cliff- fall of coal power generation after 2030,” Zhang said.

The case against the new coal plants has received strong and increasing support from U.N. Secretary-General Antonio Guterres, although he has been careful not to single out China by name.

“It is deeply disturbing that new coal power plants are still being planned and financed, even though renewables offer three times more jobs, and are now cheaper than coal in most countries,” Guterres said in an online forum for students at Tsinghua University in July.

“To reach carbon neutrality by 2050, I am calling for all countries to stop building new coal power plants and for partners to stop financing them,” Guterres added in a video message to the East Asia Summit on Nov. 14.

On Nov. 24, Guterres came close to exerting direct pressure on China over its plans, speaking by video to an international workshop on capping the country’s coal consumption.

“For a long time, I have been advocating for the elimination of subsidies to fossil fuels and to stop building new coal power plants. So, I am greatly encouraged by President Xi Jinping’s announcement that China will peak its emissions before 2030 and achieve carbon neutrality before 2060,” Guterres said.

The impact of China’s new coal plants has spread beyond its borders with financing of 777 power plant projects in 83 countries between 2000 and 2018, according to a recent study by Boston University’s Global Development Policy Center.

Coal-fired plants account for 40 percent of the overseas generating capacity backed by China, while 27 percent is hydroelectric and 11 percent is powered by renewable sources, said the study.

China’s coal power investment is highly concentrated in Southeast Asia with 40 percent of the total, South Asia with 31 percent and Africa with 16 percent, the study said.

Only 2.3 percent of overseas energy lending from Chinese policy banks was for solar and wind projects, said Han Chen, an international climate advocate at the Natural Resources Defense Council in a commentary for chinadialogue.net, a website that focuses on environmental issues.

“At the very least, it’s time to end investments in new overseas coal plants,” Chen said. “If China is moving away from coal, then why should other countries settle for dirtier, high-carbon options?”

The recent studies suggest that carbon emissions from China’s coal projects will be hard to control even if the government puts a stop to domestic projects already in progress.

In China’s domestic energy market, the government is also challenged by complex contradictions that appear to call for more and less thermal power capacity at the same time.

A paper co-authored by Andrews-Speed for OIES highlights the problem of delivering increased amounts of solar and wind power through ultra-high voltage (UHV) transmission lines to distant demand centers.

“The level of use of some of the existing lines has been low. This is due to the capacity of thermal power at both ends of each UHV line being inadequate to maintain grid stability,” the paper said.

“As a result, more thermal capacity will have to be built to support existing and planned UHV lines. Yet, there is already an overcapacity of thermal power,” it said.

“This situation implies a distinct lack of effective coordination between the grid and generating companies, a deficiency that can be attributed to the government,” the study said.

The dilemma suggests that although power from renewable sources will be cheap to develop and produce, consumption may depend on a costly combination of new thermal power projects and elimination of existing stranded assets.

If new thermal plants are built to offset the variability of solar and wind power, they will likely have to include carbon capture technologies to meet Xi’s net-zero goal.

It has yet to be determined who will pay for the costs.

“One question for the government to address will be, which is cheaper, paying for stranded coal-fired generation assets or installing carbon capture?” Andrews-Speed said.