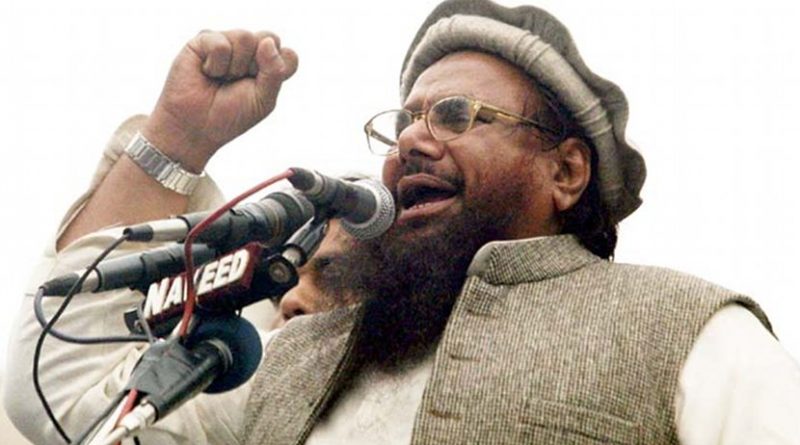 On Friday, 29 December 2017, the Government of India faced a major public embarrassment, one that provides some insights into the failure of intelligence. What it shows is one of three things: a failure of gathering, collation and transmission of intelligence; a failure to archive, collate and assess foreign policy; or, possibly, a serial failure of both intelligence and foreign policy fronts and a diagnostics problem within the Prime Minister’s Office (PMO).

On 21 December, India voted for a resolution at the United Nations General Assembly (UNGA), condemning the US’ decision to shift its embassy to Jerusalem (a move thus supportive of the Palestinian position and condemnatory of the Israeli and US position). On 29 December, pictures started circulating on the Internet of a meeting between the Palestinian ambassador to Pakistan, Walid Abu Ali, and wanted terrorist, head of the Jamaat ud-Dawa (JuD), and founder of the Lashkar-e-Toiba (LeT), Hafiz Saeed. By the time India lodged a diplomatic protest and Palestine formally recalled Abu Ali, documentary and photographic evidence emerged of at least two previous meetings (August 2014 and December 2014). While knowledge of these meetings may not have changed India’s vote, the Ministry of External Affairs’ (MEA) actions in dealing with the snafu seems to indicate no prior knowledge of the meetings, which was particularly galling in the backdrop of the 21 December vote.

Hafiz Saeed is one of India’s most wanted men, responsible for masterminding the 26/11 Mumbai attacks and the 2006 Mumbai train bombings, and as such a prime target for 24/7 surveillance by India. Given his accessibility to the public, keeping tabs on him is not particularly challenging, complemented by the Difa-e-Pakistan Twitter handle and coverage by Pakistani newspapers. This points to one of two possibilities. Either Indian intelligence is not equipped to perform such basic OSINT activities as what Indian Twitter users can. Or, such intelligence existed but was buried deep in the system and could not be archived for efficient extraction when required to make policy decisions, either on 21 December when the UN vote happened, or indeed on 29 December when pictures of the December 2017 meeting surfaced.

What is however known for a fact is that even after the situation blew up publicly, the diplomatic protest note sent to the Palestinians referred only to the December 2017 meeting, which indicates that the MEA had no knowledge of the previous meetings (by this time, the open source verification of previous meetings had not emerged). This is particularly worrying as it implies that either the MEA did not seek intelligence inputs on previous meetings, or that despite requests such inputs were not provided, that there was no intelligence on the subject to provide, or that the MEA decision was taken despite knowing the scale and extent of links between the Palestinian Authority and Hafiz Saeed.

While the last option points to questionable policymaking, the previous three possibilities beg the question, why has the MEA not invested in public source intelligence gathering or outsourcing the work to a think-tank? This is all the more jarring given the minister-in-charge’s penchant for playing twitter agony-aunt. If it is assumed that the MEA has in fact invested in such open source intelligence gathering, then clearly the archiving and retrieval systems were not in place for such intelligence to be used rapidly and in a policy-relevant manner.

What is most indicative of systemic failure on the MEA’s part is the Palestinian explanation, which was accepted without demur by South Block. First, it made the Palestinian state’s regret over its ambassador’s actions conditional, dependent on India’s continuing support to the Palestinian position. Second, it claimed the meeting was a mistake, ignoring the fact that there were several meetings. Incredulously this would also lead on to accept that Walid Abu Ali, a former Palestinian Intelligence official, did not know who he was deep in conversation with, given the fact that the LeT was co-founded by a Palestinian, Abdullah Azzam, who for a while had cooperated with the Palestine Liberation Organisation (PLO) against Israel.

Finally, the PMO’s functioning must be examined. By all accounts this is a prime minister who takes a great deal of interest in foreign policy. That the PM has not been able to diagnose and institute rectifying measures since the Nuclear Suppliers Group (NSG) debacle (where official statements emanating from Delhi were in significant variance from ground reports from Vienna and Seoul) does not instil confidence in his stewardship of intelligence matters. Depending on preferences and biases, it can be concluded that either intelligence or the MEA have been tried and found wanting, or that all have failed in equal measure, as there were no redundancies in place to damage control the situation. What is however undeniable is the PMO has neither diagnosed the problem over the last three years, or taken corrective action.