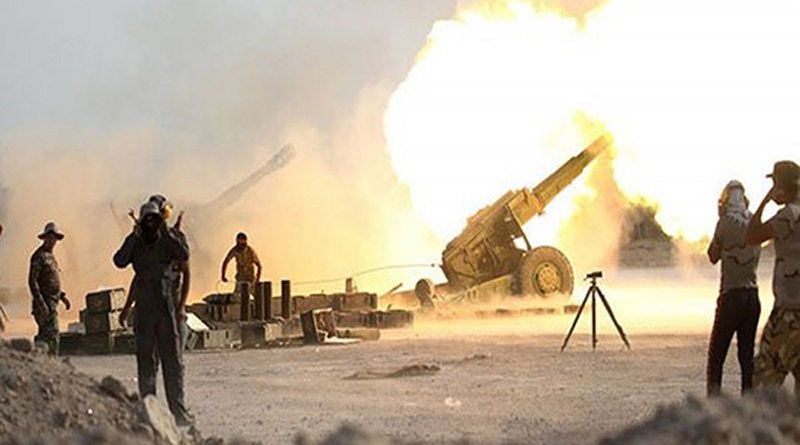 A spokesman for Hashd al-Shaabi (Iraqi popular forces) warned that the group will target the US positions around the world in retaliation for the assassination of two Iraqi and Iranian commanders.

Ali al-Hosseini, the spokesman of Hashd al-Shaabi in Northern Iraq, said that the US should know that a huge battle has started.

“We intend to target the US bases across the world and even in Tel Aviv, and we will take revenge from them,” he told the Arabic-language al-Mayadeen news website on Sunday.

Al-Hosseini said that there are tens of thousands of martyrdom-seekers, including himself, who are ready for operations against the US targets anywhere.

In relevant remarks on Saturday, senior military commander of Iraq’s Kataeb Hezbollah group Abu Ali al-Askari called for enrollment of the crowds who have volunteered for martyrdom-seeking operations against the US occupying forces.

“I want a chance to be given to those who are willing to be martyred in martyrdom-seeking operation against the aggressors by enrolling them,” al-Askari wrote on his twitter page on Friday after Abu Mahdi al-Muhandis, the deputy commander of Iraq’s Popular Mobilization Forces (PMF), or Hashad al-Shaabi, and Commander of IRGC Qods Force Lieutenant General Qassem Soleimani were martyred in the US terrorist attack in Iraq.

“I will be honored to sign up as the first volunteer and if God wants, I will be the first martyr,” he added.