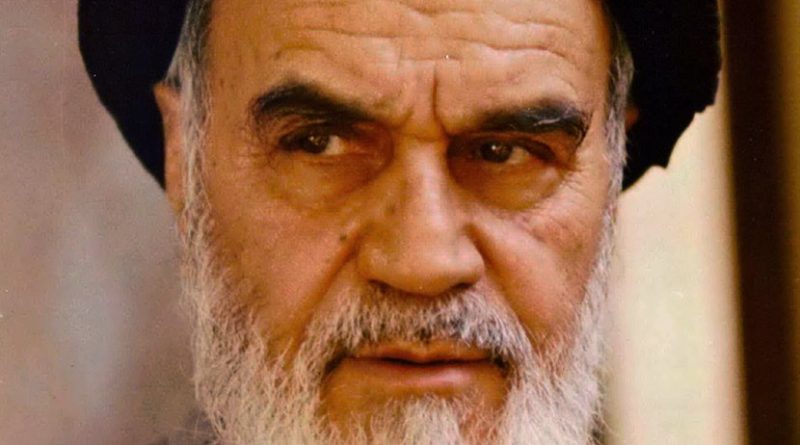 February 2019 marks the 40th anniversary of Khomeini’s return to Tehran and the overthrowing of the Shah. Khomeini arrived in Tehran on Feb.1, 1979.

When Khomeini arrived in Iran, millions of people who sacrificed for the revolution greeted him, soon the people acknowledged that the true demands of the revolution were betrayed. Khomeini’s rule transformed every aspect of Iranian society. Let’s examine in short, what did Khomeini do for Iran?

Khomeini, during his 10 years (1979–1989) as Supreme Leader of Iran, is estimated to have killed 120000 during 1979-1988 and 30,000 political prisoners massacre in the summer of 1988. At the lower end of the scale, that’s a hit rate of 41 executions a day Most executions were carried out in public or in prison after the victims were asked a few questions without the possibility to defend themselves.

He claimed to be the deputy of God on earth in order to justify why he should occupy the role for lives of the people, he considered all the people to be little more than slaves to his ideals.

He ruled as both political and religious leader, He has really invented an ideology to legitimize his power because his ideology was totally against the religion of true Islam.

He assumed the title of Imam, this was totally unprecedented in the history of Shia who had restricted the title to the holy Imam. He issued all of his orders in the name of Islam

He knew that he was not able to survive for long without disarming the people so he tried to separate them from the true opposition leader, during 10 years he practiced murdering political rivals to get rid of his political enemies

From the time when he saw that his position as a leader became insecure He Started the war with Iraq, so under the pretext of exporting “revolution” he Set the economy to a strict build-up for war

He disabled democratic values. He Removed freedom of speech and destroyed freedom of the press, He shut down media outlets completely and turned the media into a propaganda machine for his regime against PMOI main opposition group He threw political opponents into prison and release religious decree to deprive religious and ethnic minorities of their rights. The loss of individual rights has been accompanied by a suspension of all objective moral judgments on the part of the regime, which has enabled it to conduct a reign of terror against non-Shiite Muslim minorities,

He spent much of the treasures, resources, time and effort to build military apparatus such as Iran revolutionary guards corps (IRGC) and religious institutions, to get a structure for power for complete dictatorship for the supreme leader.

He dissolved everything: Government, parties, Parliament, etc. he did what he wanted with the Constitution and the laws to model his Regime to his style of dictatorship the world and international communities have never ever seen such dictatorship since the inquisition era.

And today, while Khamenei, Khomeini’s predecessor is in power and the regime celebrates its 40th anniversary, more cities are witnessing Resistance units (affiliated to PMOI/MEK) the actions against the regime.

The concerns voiced by the supreme leader Khamenei’s elements in regards to the upcoming Warsaw Conference, parallel to escalating anxieties about the PMOI/MEK’s increasing influence inside Iran, are on the rise and not a day passes without regime insiders voicing uncertainties about the future.

The people from all walks of life take to the streets to protest the widespread corruption and the clerical regime’s dictatorship. The people of Iran feel that their country is occupied by the clergies. the people are determined to get rid of them so that Iran can finally prosper once again.

The people’s main slogan in rallies and protests is “We shall never stop until we get our occupied country back.”