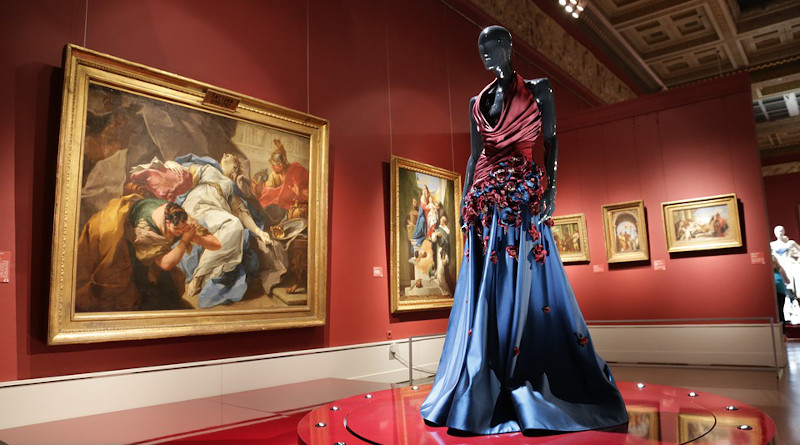 More freeports open around the world, operating in secret, designed to separate invaluable art objects and other assets from individuals for tax purposes.

An archipelago of tax-free storage facilities around the globe play a leading role as tax shelters for collectors of fine art. But governments are fighting back. The fifth Anti-Money Laundering Directive, or MLD5, went into effect in the European Union in January. The law stipulates that those storing goods in freeports must disclose the ultimate beneficial owner to customs authorities. The UK parliament likewise passed a law to keep the country compliant, though Prime Minister Boris Johnson expresses interest in developing the freeport model for his post-Brexit country. The United States considers similar legislation.

Most people are unaware of how freeports contribute to lost tax revenues for governments. A 2014 study by the Canton of Geneva found that its freeport generated tax losses worth almost US$300 million annually for the canton, even though 80 percent of the owners of its storage spaces were foreign.

Freeports are the equivalent of the Swiss bank account for holders of luxury goods – storage facilities that shield contents from regulatory authorities in the owners. Goods stored in a freeport are considered offshore, officially not residing in any country at all. So import and export taxes – as well as wealth and estate taxes – do not apply. As many countries tighten anti-money laundering legislation, elites struggle to shield their liquid assets from tax authorities. One response has been to transfer money to solid assets such as art. The contemporary art market has expanded forcefully in the past two decades, and the wealthy use freeports to park their possessions to avoid taxation.

A culture of secrecy makes it is impossible to know how much art is stored in freeports, yet global expansion over the past decade suggests that many collectors rely on these devices to manage their collections. Freeports have opened in Singapore, Monaco, Luxembourg, Beijing, Delaware and New York City. The Geneva freeport, the largest of its kind, added 10,000 square feet in 2014.

Freeports are only one device for the ultra-wealthy to avoid taxes, one that extends into the world of finance and the art market. In brief, these luxury warehouses are part of a larger network of the accumulation and distribution of capital worldwide. The global growth suggests that speculation has become a major aspect of investment in art. So more collectors remove artworks from circulation, depositing them in vaults beyond the view of regulatory authorities. Deloitte and ArtTactic reported in 2019 that 81 percent of collectors are motivated by investment, while 86 percent of wealth managers report that their services should include art services.

Freeports operate as tax havens, severing the asset from an individual for tax purposes. In Tax Havens, How Globalization Really Works, the authors explain that tax havens are designed to sever an individual from “taxable events” by placing them in separate countries with different rules. Freeports achieve the same effect, separating the owner of an artwork from the tax liability that might be owed. This allows legitimate collectors to avoid taxation in their home countries, but also opens doors for money laundering and transfer of illicit profits.

Rising income disparity, leading to the amassing of large fortunes all around the world since the start of the century, has combined with the rise of financialization, securitizing any asset for its tradable value and then investing that value to generate further growth. This convergence has led to the global boom in freeports. Like all tax havens, freeports are “secrecy jurisdictions,” as detailed by the 2016 Panama Papers leak from the law firm Mossack Fonseca. A series of news articles and books by Bastian Obermayer and Frederik Obermaier and Jake Bernstein detail their operations, implicating a number of art world figures. The reports are the tip of the iceberg, so to speak, regarding secrecy jurisdictions and use of offshore corporations, trusts and freeports to shield assets from regulatory scrutiny. Transactions of fine art go unreported and unregulated. Many of these works are stored in freeports, with no individuals censored, let alone punished.

External national and international watchdogs do not regulate the art market as they do the financial industries. So the new anti-money laundering legislation targets a variety of practices allowing illicit transfer of assets through freeports. Works of art do not have a fixed value as currency does, and the value can be wildly inflated legitimately or through other means such as conspiracy among bidders at auction. Another way to transfer ill-gotten gains is to “gift” a valuable artwork and suggest the recipient put the work up for auction. In such a model, the parties transfer funds, using the auction house as the unwitting fence. Such an arrangement benefits the auction house since their business model is to collect commissions on sales. While one expects auction houses to follow the law and perform due diligence, governments have not been explicit about these processes until now. The European legislation establishes a threshold of €10,000, above which all sellers must determine the ultimate beneficial owner of the purchase. This figure applies to artworks moving through freeports.

Art investing is an expanding industry facilitated by freeports. Once art is in storage, owners do not want its value to sit – the equivalent of having cash stashed under a mattress. Some owners use art as collateral to buy more art, or other collectibles or real estate. In this way, freeports can drive art investment and multiply art values by providing credit to buy or bid on more artworks, hiking prices further. And, there are more complicated investment vehicles, such as the buying and selling of risk, hedges and reinsurance, to say nothing of the blockchain technology startups that sell “tokens.” Freeports generate their own budding economy in a neoliberal capital framework: severing owners from their assets during taxable events for tax benefits, with added implications for the market.

A number of new enterprises have come into existence, many of which pool resources from investors to buy a portion of an artwork, like stock in a company, and the blockchain company Maecenas specifically sells options for fractional ownership of artworks in storage. Another new company, Malevich, offers the luxury of buying art virtually so ownership comes without worries about storage, condition issues, valuation for tax purposes or other concerns that collectors must shoulder. Works of art are actually challenging to own. Proper care to insure one’s investment can require the services of a variety of specialists. Freeports eliminate these complications. Such a model of investing liberates owners to employ the value of their assets without having to look at those paintings.

There is reason to be hopeful that MLD5 will stop or slow such purchases. Scrutiny of all purchases of art objects over €10,000 could deter money launderers who often hide behind third parties and trusts. The law requires identities to be revealed. Further, the UK law stipulates that dealers and auction houses must operate proactively if they have any suspicions of foul play and punishes anyone, including freeport operators, who would turn a blind eye.

However, the legislation affects only Luxembourg’s freeport, and this organization has adhered to these regulations since its opening in 2014. The largest freeport in Geneva has not and will not be constrained, though Swiss customs officials now have a list of works held inside after illegally obtained works were discovered in the freeport in 2012. Even if more countries pass such legislation, the offshore domain has many loopholes, with new strategies constantly being devised to allow investors to sidestep the rules, including banking laws passed by Europe in 2005 and the US in 2010.

Regulations and taxes, it would seem, are for those who cannot afford to hire accountants and lawyers. Like other forms of offshore investment, freeports are likely to thrive wherever investors can count on secrecy.

*John Zarobell is associate professor and chair of International Studies at the University of San Francisco.  Formerly, he held the positions of assistant curator at the San Francisco Museum of Modern Art and associate curator at the Philadelphia Museum of Art. He is a contributor to Artsy, Art Practical and San Francisco Art Quarterly and he has curated exhibitions of modern and contemporary art. His first book, Empire of Landscape, was published in 2010 and his next, Art and the Global Economy, was published with University of California Press in 2017.