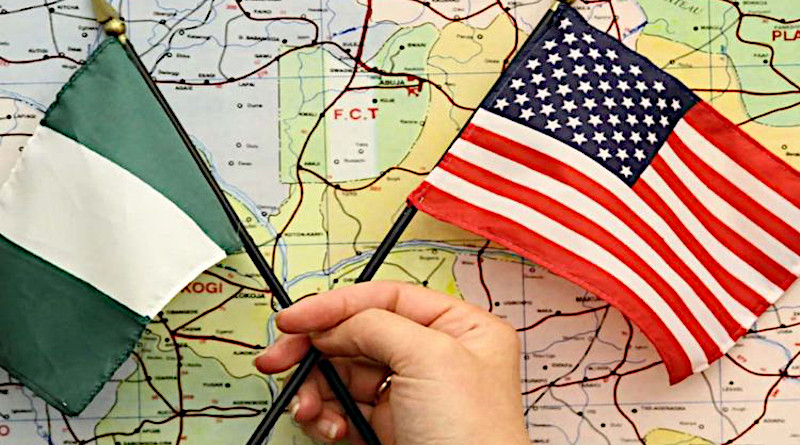 Flags of Nigeria and the United States. Photo Credit: THEWILL

She’s your pediatrician. He’s your surgeon. She’s a civil engineer. He has a doctorate. She’s an Emmy Award winner. He was a Chicago Bear.

They’re Nigerian-Americans who have set down roots in Dallas, Chicago, Baltimore, Atlanta, Phoenix and Houston – the latter of which has the largest Nigerian population outside Brazil and Africa.

They are the largest group among African immigrants in the U.S. – about 327,000. They’re a tiny portion of the U.S. population, but they rank as the most successful ethnic group in the U.S.

Yet, on the eve of Black History month, President Donald Trump callously expanded a travel ban that effectively bars Nigerians from obtaining visas to immigrate here permanently. The new restrictions will not apply to tourist, business, or other nonimmigrant travel. But for the large Nigerian diaspora in the U.S., the policy will be devastating to a community with deep family and cultural ties to their home country.

Nigerians expressed disbelief and anger after the Trump administration announced the policy, which takes effect on February 21.

Many Nigerians wondered why they specifically were targeted, when many other countries might pose similar security threats. Amaha Kassa, head of African Communities Together, which advocates for African immigrants and their families, told reporters that at the group’s latest meeting in New York City, dozens of Nigerians were asking one question: “Why single us out?”

For Okorafor Chimedu, a 29-year-old teacher in Warri, Nigeria, with a university degree and relatives already in the United States, his chances now to join them appear slim.

“I hope the two nations will rectify their differences soon so that the ban can be lifted,” he said to a reporter. “We need each other to progress in this world. No man is an island of his own.”

Omar Jadwat of the ACLU’s Immigrant Rights Project suggested the ban was imposed because the excluded countries don’t share enough information so that (we) can vet their citizens when they arrive.

“In our view, (the ban) was not well thought out but based largely on negative narratives spread by naysayers. I know we are working very well with our neighbors, the EU and the U.S. to ensure that terrorism is addressed.”

“Our advice to the U.S. is that it should have a rethink on the issue because any travel ban is bound to affect investment and growth in the country and those who will be affected are the most vulnerable people in Nigeria.”

The decision affects Nigeria Eritrea, Sudan, and Tanzania as well as Kyrgyzstan and Myanmar. Additionally, immigrants from Sudan and Tanzania will be excluded from the diversity visa lottery which grants green cards to as many as 50,000 people every year.

In a separate development, China has halted the issuance of visas to Nigerians citing their effort to control the spread of the coronavirus in the Asian country.